​Win tickets to Resident Evil: The Final Chapter with Lenovo

lenovo37 lenovo ideacenter1 lenovo ideapad3 resident evil1
Resident Evil and Lenovo have partnered up to give a chance for fans to win tickets to a screening Resident Evil: The Final Chapter,...

The Resident Evil franchise is one of the most popular survival-horror video game series out there. It has even spawned quite a successful movie series, starring Milla Jovovich. This year, the movie series’ final installment is going to be released. Resident Evil has partnered with Lenovo to give fans a chance to win free tickets to a screening of “Resident Evil: The Final Chapter”.

Lenovo has announced a joint initiative with Resident Evil to mark the premiere of the franchise’s latest movie, “Resident Evil: The Final Chapter”.

Resident Evil is the world’s most successful game-turned-movie franchise. The movies have grossed nearly US$1 billion worldwide or PhP50 billion. In the Philippines, the latest film hits the screens on February 1, 2017.

As part of the campaign, Lenovo is inviting fans in the Philippines to journey to the Dark World, by taking part in what promises to be a thrilling and memorable experience.

Lenovo’s Facebook fans can “bite” (i.e. “tag”) their friends for a chance to win tickets to the exclusive local premiere of “Resident Evil: The Final Chapter”. The 10 participants who “bite” the most friends by tagging them on Facebook, will win two tickets each. Fans can participate in the contest from now until January 27, 2017 by visiting this post on Lenovo Philippines’ Facebook page.

For those who prefer to be entertained in the comfort of their own home, blockbuster movies such as “Resident Evil: The Final Chapter” are enjoyed at their breathtaking best on Lenovo’s high-performance IdeaPad and Legion machines. Featuring state-of-the-art engineering, these devices enable customers to fully immerse themselves in any world they please. 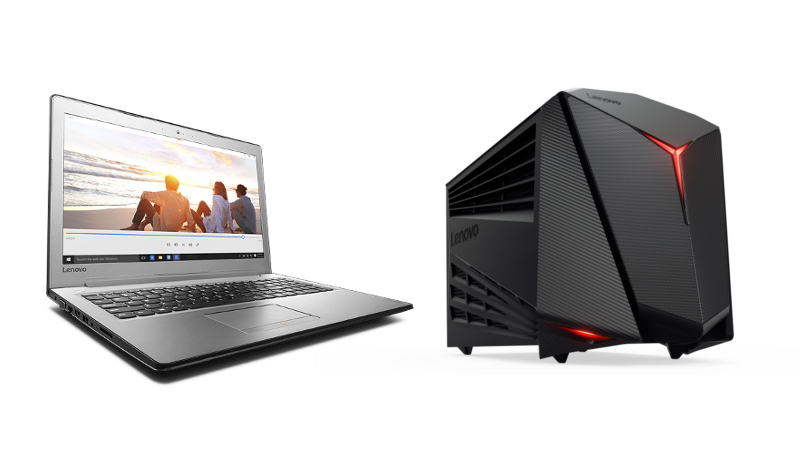 The Lenovo Ideapad 510 is the ultimate home entertainment device. Launched in the Philippines last quarter, it is designed to meet the needs of discerning customers who demand stunning, high-definition visuals and audio.

The Ideacentre Y710 Cube is the latest in Lenovo’s gaming desktop series. Unlike anything else out there, the cutting-edge portable machine, which is also VR-ready, allows gamers the speed and power to play any game, anywhere. It was unveiled at Gamescom in August, and launched locally this January.