Get Torque Mobile’s EGO Surf i for only Php1,999 until tomorrow!

budget smartphones28 ego surf i1 torque3 torque phones1
Torque Mobile is now offering the EGO Surf i at a much lower price. For a limited time only, you can now have this...

Looking for a new smartphone on a small budget? Look no more, as Torque Mobile is offering their EGO Surf i smartphone for only PHP 1,999, down from its original price of PHP 2,499. The promo is available today and only until tomorrow. 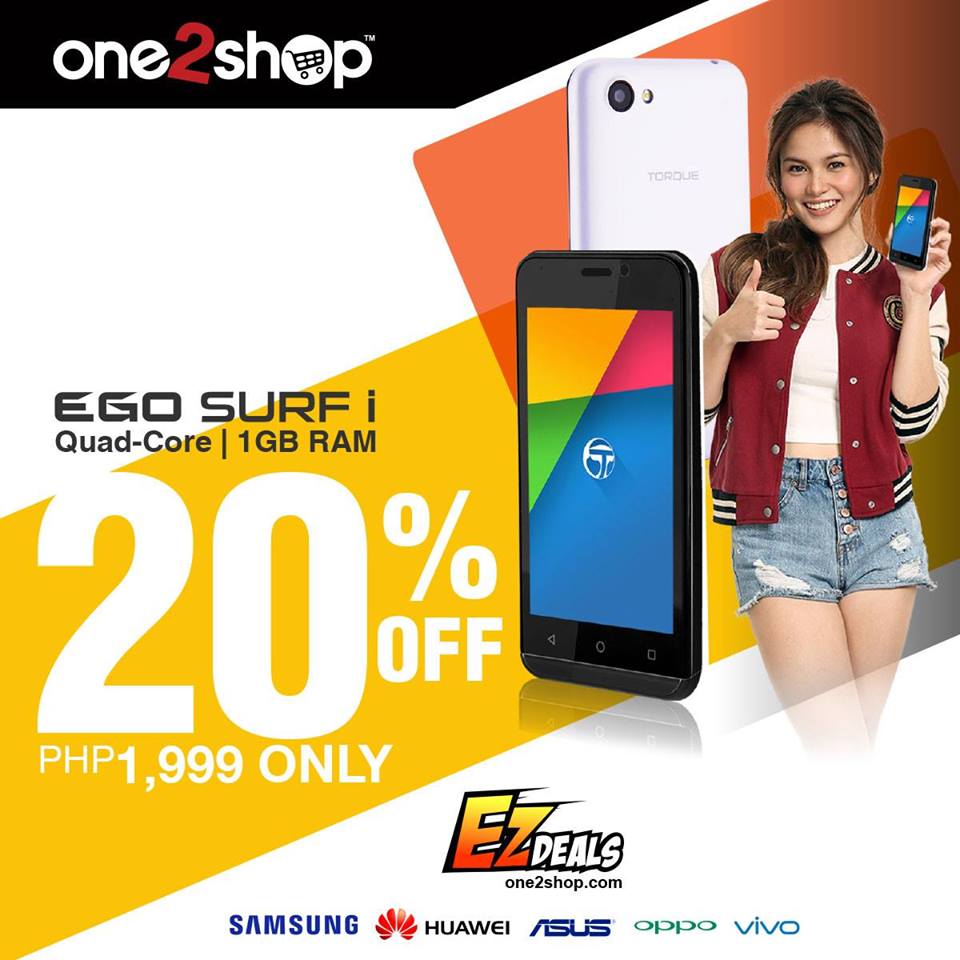 Torque Mobile is now offering the EGO Surf i at a much lower price. For a limited time only, you can now have this new smartphone for only Php1,999 via one2shop’s EZ Deals.

To jumpstart this quarter’s EZ Deals, one2shop is offering 20% discount to buyers who will purchase the Android-powered EGO Surf i from July 22 to 23. So, now, you can enjoy this Android-powered phone for only Php1,999!

Packed with awesome specs at a very affordable price, the EGO Surf i will let moms, dads, and kids easily switch from basic phones to Android smartphones. And, with its Dual SIM and 3G support, you can always stay connected with your family and friends wherever you go.

The EGO Surf i boasts 1.3GHz quad-core processor with 1GB of RAM. Having this will let you run multiple apps at the same time. It also includes an 8GB of internal storage, with support for 32GB of extra storage via a microSD card. It also has a 5-megapixel rear camera and 2-megapixel selfie snapper.

If you missed one2shop’s special promo, you can still get Torque Mobile’s EGO Surf i at a discounted price of Php2,299 from its original SRP of Php2,499.