CES is a place where hardware manufacturers highlight their newest and best products. MSI is one such manufacturer, having showcased their new Aegis Ti3 gaming desktop. And there are reports that the Aegis Ti3 display unit at CES was using Plextor’s M.2 SSDs M8PeG. 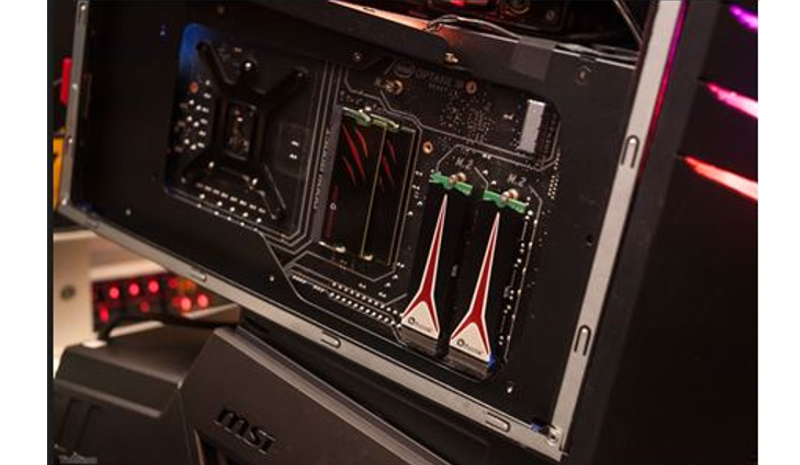 MSI has updated its gaming desktop computer line up at CES 2017, including Aegis, Nightblade and Trident, Implementing the latest Intel® Kaby Lake processors, MSI’s renowned GTX 10-Series GAMING Graphics Cards with Twin Frozr VI technology and a refreshed design with a touch of carbon, MSI puts a ready-to-game desktop family in the market. Over at MSI’s booth, Tinhte.vn is reporting that they found a pair of Plextor M.2 SSDs M8PeG in the display model of Aegis Ti3.

Plextor’s gaming-minded M.2 SSD M8PeG is powered by the latest NVMe protocol.  It boasts of extreme performances up to 2500/1400 MB/s sequential read/write speeds, and up to 270000/150000 IOPS random read/write performance. Even with games that require heavy read/write operations and intense graphic processing, it delivers the smoothest gaming experience with its powerful infrastructure optimized for eSports.