Paying for stuff online has never been easier, as there are a lot of options for payment that don’t need credit cards or long queue times at the bank. One such e-payment is zGold, the new virtual currency by gaming brand Razer in cooperation with MOL AccessPortal. 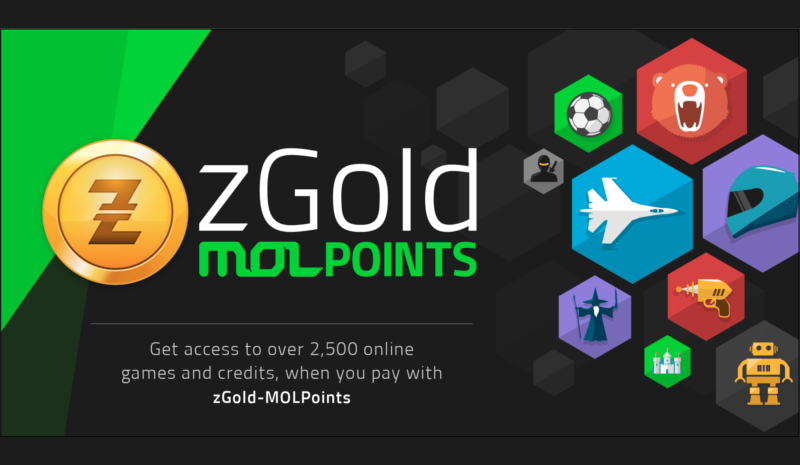 Razer, the leading global lifestyle brand for gamers, has announced a strategic partnership with MOL AccessPortal (MOL), a leading e-payment enabler in Asia.

MOL has been appointed as a master distributor of Razer’s virtual currency, zGold. With the Southeast Asia gaming market set to grow to US$ 2.2 billion in revenue this year, Razer and MOL will now take the lead in revolutionizing gaming transactions in South East Asia and other emerging markets.

The partnership will accelerate the global growth of MOL and Razer’s digital payment and content platforms – to be made available to gamers with over 1 million points of purchase in 17 countries.

The MOLPoints virtual currency, currently the most widely-distributed in South East Asia, will be rebranded as “zGold-MOLPoints” to leverage Razer’s brand leadership in the gaming space. Together with Razer’s distribution network, zGold-MOLPoints will be sold at over 1 million online and retail stores in the Philippines and in other countries including Singapore, Malaysia, Thailand, Vietnam, Indonesia, Australia and New Zealand.

Razer zGold Content Library to be increased to over 2,500 titles

Razer zGold virtual currency will soon be accepted as payment for over 2,500 content titles from the MOL network. Blockbuster games from distribution platforms such as PlayStation Store SEA, Facebook Gameroom, and publishers such as Nexon, Wargaming and more will become available for zGold users in selected countries.

Razer zSilver currency rewards to be made available to MOL users

Razer zSilver currency rewards will be extended to MOL users who top up their wallets and pay for digital content with zGold-MOLPoints. Users can use zSilver to redeem certain Razer products, Razerstore.com discount vouchers and digital content. This was previously exclusive to Razer zGold holders.

Users can top up their wallets by acquiring zGold on the site via PayPal, major credit cards, Openbucks or Paysafecard.

“This partnership holds true to our commitment to give value back to our gamers by offering a universe of digital content, secure and convenient payments and a unique gamer rewards program,” said Min-Liang Tan, Razer CEO and co-founder. “Together with MOL, we are one step closer to our ultimate vision of a unified virtual currency for gamers.”

Preecha Praipattarakul, group chief executive officer, MOL Global, Inc. said: “We are excited to partner with Razer to exponentially expand our reach to millions of gamers globally. With MOL and Razer’s leadership in virtual currency and gaming markets, everyone will have better access to great content.”