bpo1 microsoft24 Microsoft Philippines7
Business Process Outsourcing (BPO) companies are not just beneficial for large multinational corporations, as even Small and Medium Enterprises (SMEs) can benefit from these...

Business Process Outsourcing (BPO) companies are not just beneficial for large multinational corporations, as even Small and Medium Enterprises (SMEs) can benefit from these kinds of services. One such BPO for SMEs is Hammerjack, which offers its plethora of services to Australia-based SMEs. 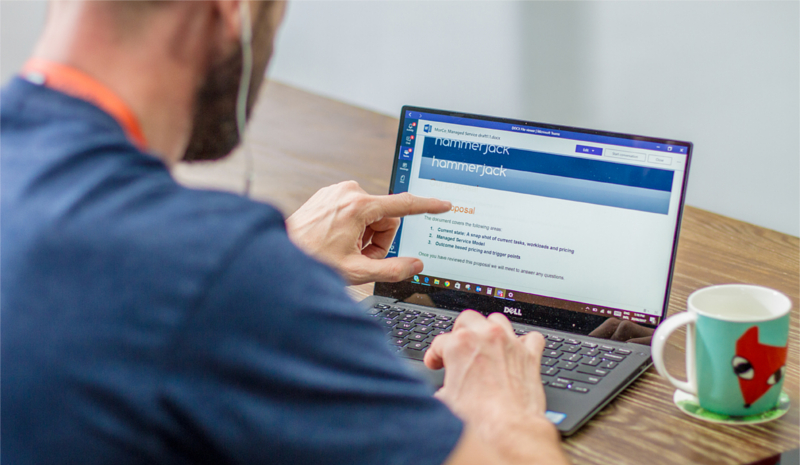 Business process outsourcing (BPO) has been one of the most dynamic industries in the Philippines over the past decade. It is now the country’s largest source of private employment, as well as the second largest source of foreign exchange remittances.

Between 2004 and 2014, the Philippines grew its global market share in BPO from 4 percent to 12.3 percent, with the Oxford business group forecasting a 19 percent share by 2020. And with the government’s current push for digital adoption, the Philippines is expected to claim an even stronger position as a leading offshoring destination in the short term.

The cost savings of offshoring certain business processes are well established. However, these benefits have until now mainly been realized only by large enterprises, which have the knowledge and capacity for successful internationalization that many small-medium enterprises (SMEs) lack.

Specifically, SMEs don’t have the economies of scale, nor the well-established processes, required for traditional offshoring arrangements. SMEs also often lack the resources to establish subsidiaries in host countries, and may not be willing to shell out the enormous sunk costs for this.

This represents a striking gap – as well as an opportunity – that the government now hopes smaller BPO centres in the Philippines will close. In January 2017, the state-run Philippine Institute for Development Studies (PIDS) published a policy note on the promise presented by micro-offshoring, encouraging local BPO centres to sell their services to Australian SMEs, which make up 99 percent of total business in that country.

This was the opportunity seen by the relatively young Hammerjack when it decided to set up shop in the Philippines in 2015. But unlike other micro-offshoring providers, which offer seat-leasing arrangements where customers still have to co-manage the outsourced desks and workers, Hammerjack is the first to offer fully managed services to Australian SMEs.

Hammerjack’s business is based on the idea that even the smallest companies, regardless of the industry they’re in, can benefit greatly from enterprise-grade tools and processes. This covers digital transformation, which Hammerjack sees as the leveraging of new digital technology to become more agile, secure, responsive, and efficient in day-to-day operations.

It likewise covers the company’s outsourced services, which are available to everyone from small bookkeeping companies and car garages, to mid-size accounting firms, larger wholesalers, and chain gyms.

According to Hammerjack, SMEs are often much tougher customers than large enterprises – a thought echoed by PIDS’s own study. Because smaller businesses lack the resources and capacities of large companies, they are often much more averse to perceived risks in both digital transformation and offshoring, even if these offer significant cost savings over time.

The PIDS study also points out that cost remains a big hurdle for many Australian SMEs, a fair conclusion considering that these businesses don’t have the economies of scale needed for traditional offshoring to work. Hammerjack solves this problem by offering a transactional model for offshore services, in contrast to more common seat-leasing and its co-managed resources.

According to Mault, the efficiencies borne by digital transformation are a prerequisite for this transactional offering: “The Microsoft stack helps us maintain a cross-functional team of skilled people, letting us queue work and offer transactional pricing to SMEs instead of a fully dedicated resource, which can be a bit concerning for small businesses. If you give them an option to pay just for a transaction or an outcome, like better customer engagement or optimizing operations in one instance, then it becomes something smaller businesses are more willing to try. It’s low-cost and low-risk, and it lets them see if IT-enabled offshoring is something they’ll want to commit to more in the long-term.”