android malware2 computer virus3 ransomware5 symantec14
The latest variant of the Android ransomware threat Android.Lockdroid.E uses speech recognition APIs and requires its victims to speak an unlock code instead of...

PCs are not the only things that are under danger of being infected with malware; Android smartphones are also at risk, as there are a number of viruses that are being released that target said phones. One such malware is the Android.Lockdroid.E. It uses speech recognition APIs and requires victims to speak an unlock code. 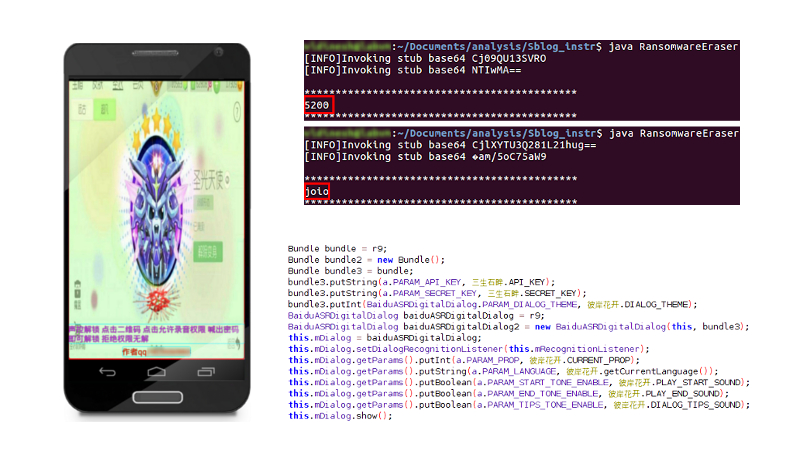 Being a good listener is normally considered an admirable quality in a person; however, it isn’t a quality you necessarily want to find in a piece of malware. The latest variant of the Android ransomware threat Android.Lockdroid.E is a great listener. In fact, if you say the right things it might even give you back access to your phone. The threat uses speech recognition APIs and requires its victims to speak an unlock code instead of the traditional method of typing it in.

Once Android.Lockdroid.E infects a device it locks the user out using a SYSTEM type window and then displays a ransom note. The ransom note is written in Chinese and gives instructions on how to unlock the device. The note provides a QQ instant messaging ID to contact in order to receive further instructions on how to pay the ransom and receive an unlock code. Since the user’s device is locked, another device must be used to contact the cybercriminals behind the threat.

The note also instructs the victim to press a button, which starts the speech recognition functionality.

The malware uses third-party speech recognition APIs and compares the spoken words heuristically with the expected passcode. If the input matches up, the malware removes the lockscreen.

For some cases, the recognized words are normalized to accommodate any small degree of inaccuracies that an automated speech recognizer is bound to.

The malware stores the lockscreen image and the relevant passcode in one of its Assets files in encoded form with additional padding. I was able to extract the passcode using an automated script. Figure 2 shows a couple of examples of the types of passcodes the threat uses. It should be noted that the threat will use a different passcode for each infection.