New Year, New Tournaments! 2019 is starting off great for local esports as AGON kicks off the party with a bang. With DOTA2 as the main game, the AGON DOTA2 Invitationals is the opening stage for intense competition.

The tournament will have some of the country’s best teams and challengers, with familiar names such as Execration, Sterling Global Dragons,and TaskUs Titans answering the call to arms. IAP, an up-and- coming team led by the veteran Nando will be playing. Local powerhouses ArkAngel, Miraculum, Neon Esports and NCGC will also be taking on the competition, completing the eight-team lineup of the tournament. 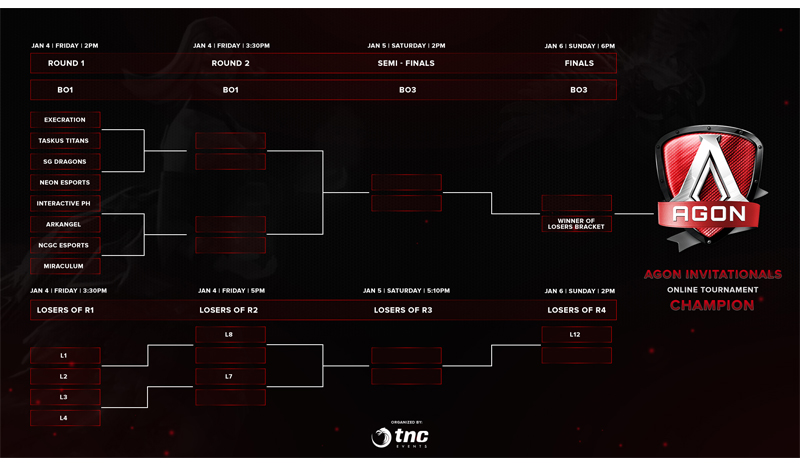 The AGON Dota 2 Invitationals will be an online tournament played in a double elimination bracket. The teams will be battling in the “Contest of Champions” this weekend, from January 4 to 6. The two best teams will be going head-to-head in the Grand Finals on Day Three of the tournament. For a detailed look at the brackets of the tournament, follow the event’s official Challonge page.

A total of ₱70,000 will be at stake in this three-day tournament.

Check out the livestream of the tournament here: Nimo.tv/LuponWxC