Arena of Valor Launches in the Philippines

A new mobile Multiplayer Online Battle Arena has entered the fray, and it’s named Arena of Valor! Gaming platform Garena (publisher of LoL here in SEA), in partnership with Tencent, developed the game. 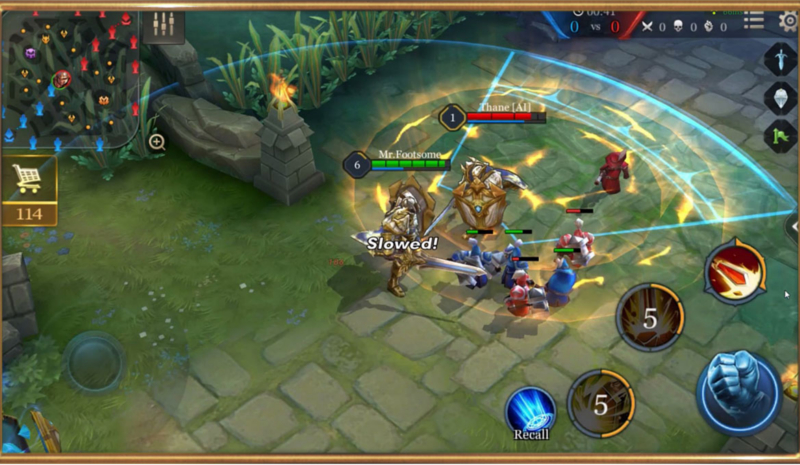 Garena, the digital entertainment platform under Sea Group, announced that mobile gamers across the Philippines are now able to pre-register for Arena Of Valor (AOV), Asia Pacific’s market leading mobile game jointly developed by Garena and Tencent Games. The game is currently in a pre-registration phase and is expected to be released in October.

AOV is a 5v5 Multiplayer Online Battle Arena (MOBA) that is designed for easy control on your mobile phone. The game was first launched in Taiwan on October 2016. It has since been released in numerous Southeast Asia regions such as Thailand, Vietnam, and Indonesia. It is currently the number one game on top of both the App Store and Play Store charts in all the countries above.

Upon release, players will be able to acquire up to 14 permanent heroes for free. Completing the tutorial alone will grant players 2 free heroes, all within the first twenty minutes of gameplay. Players will then be set upon the Road to Glory quest that will see them acquire another 8 free champions just by playing 3 games for each of them. The remaining 4 heroes can be obtained simply by playing with friends.

According to Jan Frederic Chiong, Country Manager for Garena Philippines, he said: “We are excited to launch Arena of Valor in the Philippines as Asia represents a multi-billion dollar gaming industry with 80% of its gamers playing mobile games.

“As a game publisher, Garena has spearheaded various top-tier titles across Southeast Asia to great effect. As we welcome the latest addition to our growing list, we aim for AOV to be positioned as the best mobile experience for gamers in the Philippines.”

To pre-register now, head over to https://moba.garena.com.

Get the latest news from our official fan page https://www.facebook.com/GarenaAOVPH/