The OB51 patch has brought significant changes to the way rewards and crafting are handled in Paladins. However, the exciting piece of news is that finally, Ash is available for everyone to play! Clad in badass battle armor and a hand cannon, Ash charges into battle, ready to help players take, hold, and push the objective to victory.

Ash is a tank, and as such, has a kit that allows her to be comfortable in the frontlines where the firefight is most fierce. Check out her kit below: 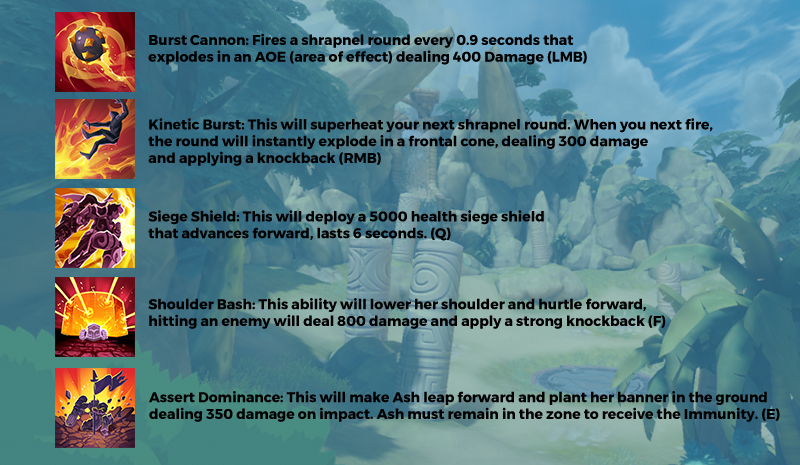 Check out her abilities in action:

A new tank champion is a welcome addition to the game and Ash reflects all the attributes a tank should have. Her LMB ability has a short range, and you really need to be close to the enemies in order to use it effectively. Her RMB increases her damage and at the same time, zones the enemy from the objective.

Her F ability is a charge, which allows her to contest the point sooner and has an added benefit of knocking everything back a significant distance, allowing her and her allies to dig into the point. For payload maps, it’s important to keep moving forward, and Ash allows her teammates to rally behind her thanks to her E ability, a forward-moving shield that can be placed in front of the payload. As it moves forward, it can absorb 5000 damage; it protects and gives your team a moment to catch your breath from all the action.

Her ultimate ability, Assert Dominance, is perfect for protecting the point and buying time for her allies to respawn and rally behind her. The damage immunity zone is perfect for knockbacks from Shoulder Bash and Kinetic Burst, as well as protecting her from all damage for a precious eight seconds.

Hi Rez has also implemented something new for champion mastery. 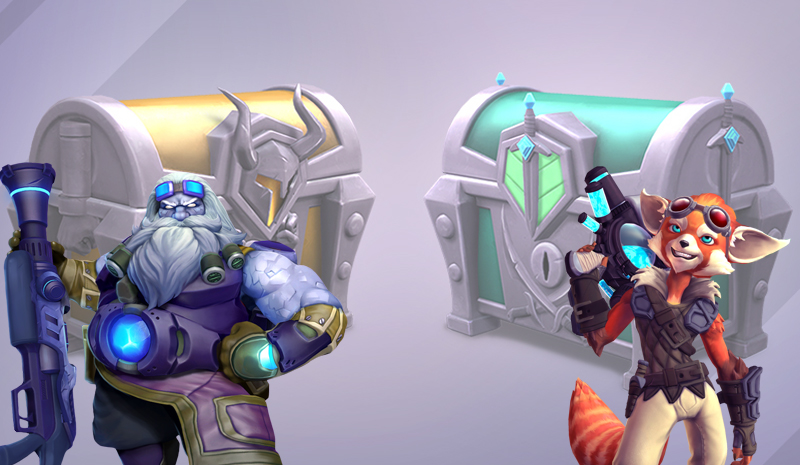 We are phasing out our beta rewards structure and bringing in some of the baddest mastery content in the realm. Mastery skins and customizations will be unlocked for purchase as you progress through your Champion’s Mastery levels. In this release, the following Champions will have Mastery Customizations: Drogoz, Lex, Maeve, Makoa, Tyra, and Viktor. Expect to see more in the coming releases and we hope you love these Customizations as much as we do!

Also don’t forget that the Champions skins are now sold as sets (both head and body together.)

The negative part of the patch is the fact that you can no longer disenchant Legendaries and Epics for that precious Essence, the crafting material needed to make new cards for champion loadouts. We feel that this isn’t the best change for new players who want to play as many champions as they could. Unlocking champions require gold acquired from playing the game, but making and playing around with loadouts per champion is also an important part of getting new blood into the game. 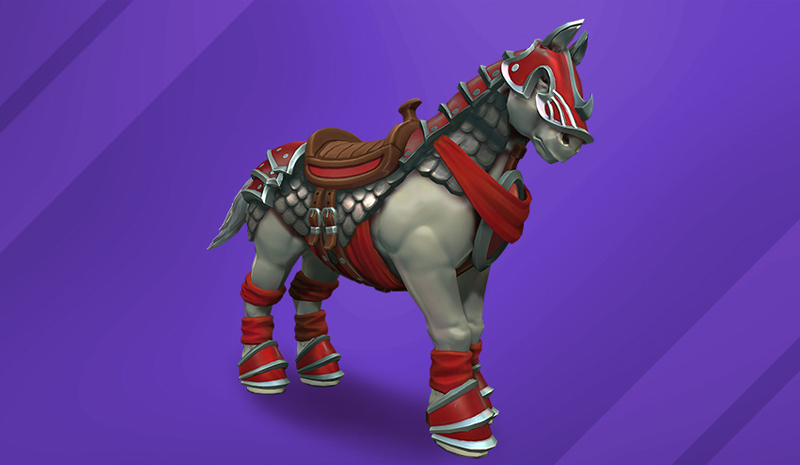 Having the inability to disenchant Legendary and Epic cards means players have to grind a little bit longer to earn gold, which is then used to earn packs of cards which can be finally disenchanted (provided they are not Legendary of Epic rarity) into as little as 250 Essence.

Time will tell if Hi-Rez will be returning the ability to disenchant Legendaries and Epics, but for now, we’re stuck with it. This patch has had good and bad with it, and we’re very excited with the new team compositions coming out of having playtime with Ash, the new champion. Here’s hoping pro players pick her up, because from what we’ve seen people in Casuals do with Ash, she’s a beast!