asus107 asus motherboard1 asus prime1 asus rog29 asus tuf3 gaming motherboard7 motherboards1 prime1 rog26 tuf1
ASUS 300-series motherboards that are loaded with exclusive technologies, feature unparalleled durability and have a focus on ease-of-use that helps everyone get the most...

The arrival last year of 8th Generation Intel® Core™ processors alongside a high-end Z370 platform meant increased horsepower for people who do more with their PCs, whether it’s serious work like content creation and video editing, or recreational tasks like live-streaming gaming sessions. But extra cores aren’t limited to flagship territory. They extend all the way down to the entry-level Core i3, and today they’re joined by new H370, B360 and H310 platforms that bring additional connectivity to affordable price points. These chipsets are now available across a complete family of ASUS 300-series motherboards that are loaded with exclusive technologies, feature unparalleled durability and have a focus on ease-of-use that helps everyone get the most out of their PCs.

ASUS DNA is a solid foundation for any build

Every build and user is different, so ASUS has developed a deep lineup across ROG Strix, TUF Gaming and Prime lines. While each family has distinct aesthetics and personalities, all three draw from core ASUS DNA that has been carefully refined over nearly 30 years of making motherboards. Signature features can be found throughout, from DIGI+ VRM circuitry that delivers reliable power to the CPU, to OptiMem trace routing that improves memory signaling, resulting in increased stability and performance. 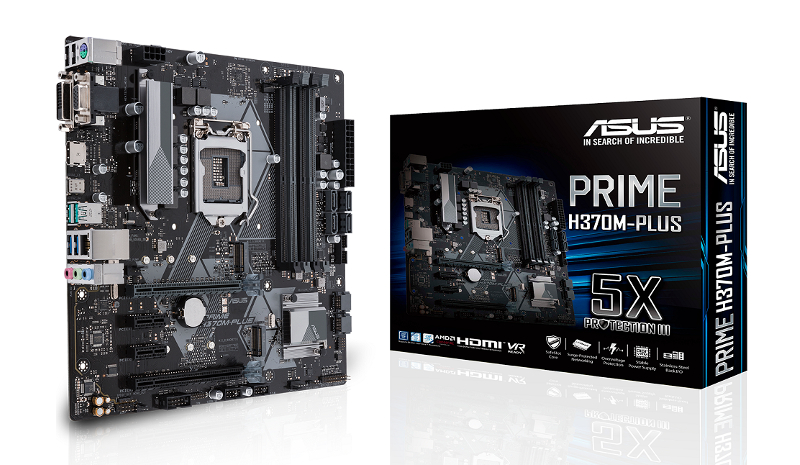 The critically acclaimed UEFI BIOS makes it easy for users to dial-in their rig. Along with providing the usual selection of intuitive tuning options, it has a new search function that lets users quickly find and modify specific settings. Configuration profiles can now be saved and shared with others, and the firmware retains them after updates.

The new H370, B360 and H310 motherboards provide better cooling for gaming by intelligently adjusting the speed of system fans based on the GPU temperature of select ASUS and ROG graphics cards. 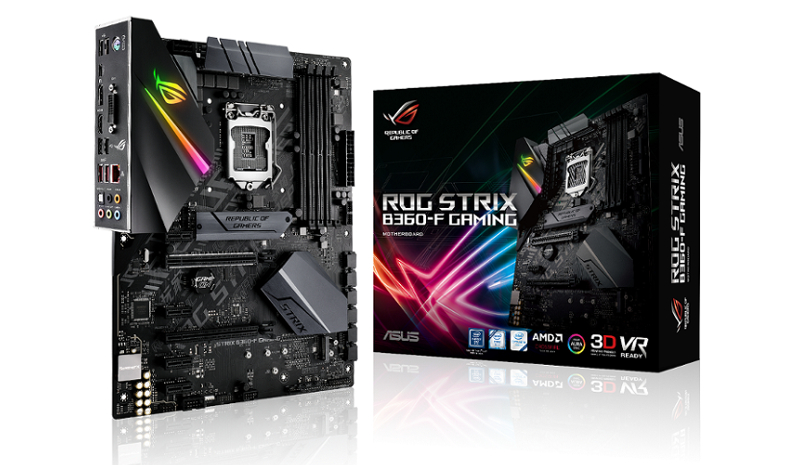 Plus, the H370 and B360 go beyond their Z370 predecessor by integrating not only USB 3.1 Gen 2 support for next-gen peripherals, but also optional 802.11ac Wi-Fi for wireless networking. They retain support for Intel Optane Memory, which uses ultrafast flash storage to reduce load times for the mechanical storage commonly found in entry-level machines.

The new range includes the next-generation Republic of Gamers (ROG) Strix motherboards with all the enhancements that gamers crave, new cyberpunk aesthetics and performance to match. The ASUS Prime series caters to the content creation and everyday productivity audience with a new level of user refinement and a design inspired by futuristic architecture. 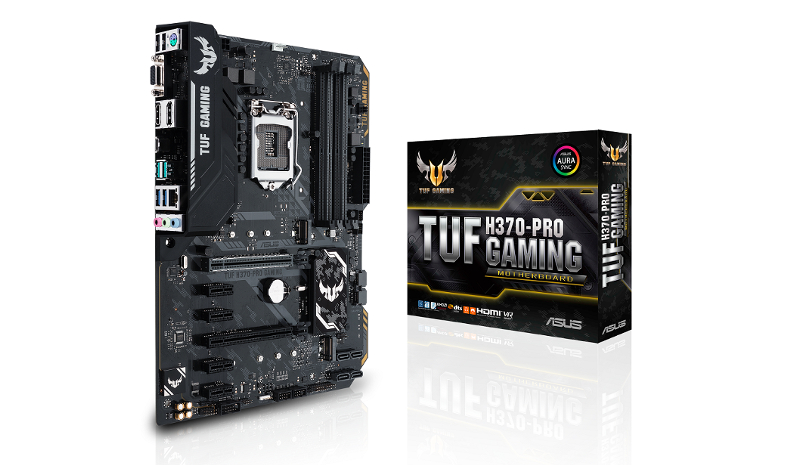 ASUS TUF Gaming features a military motif for a new breed of affordable gaming motherboards. Plus, it’s the heart of a collaboration between industry heavyweights in the new TUF Gaming Alliance, so gamers can build a complete system that looks battle-ready inside and out.

Additional information, product images and specifics on the ROG Strix, TUF Gaming and Prime motherboards can be found in the user’s guide at ASUS EdgeUp. Additional images and an in-depth overview of the latest ROG Strix motherboards are located at the ROG site.