Before your Jak & Daxters and your Uncharteds, Naughty Dog studio was popular for the platformer series, Crash Bandicoot. Featuring a colorful cast of characters and great platform gameplay, the Crash Bandicoot games were big hits during the first PlayStation era. Now, fans are being given a treat, as Vicarious Visions and Activision have announced the remastered Crash Bandicoot N.Sane Trilogy for the PS4. 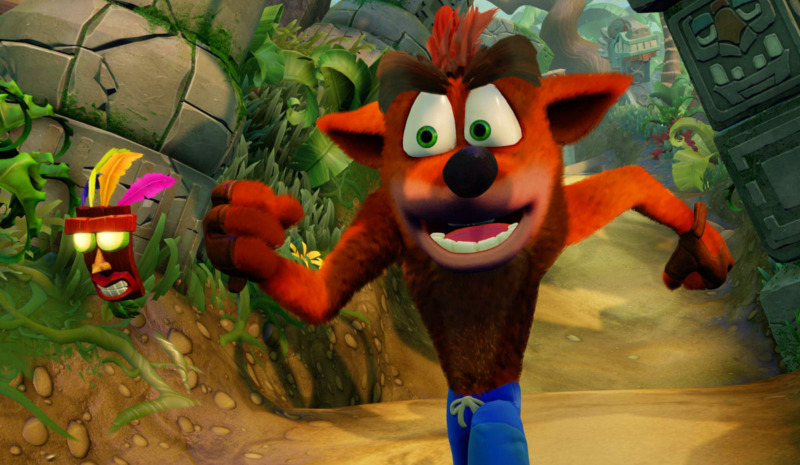 “Many people around the world (myself among them) count the early Crash Bandicoot games as one of their most beloved gaming experiences. So it has been an honor and a labor of love for all of us at Activision to bring him into 2017, looking and playing better than ever,” said Eric Hirshberg, CEO of Activision. “Our team at Vicarious Visions has done an amazing job giving players the Crash they remember with all the benefits of the modern era.”

“We’re so excited the day has finally come that Crash fans can relive some of their favorite gaming memories with the Crash Bandicoot N. Sane Trilogy,” said Jennifer Oneal, studio head for Vicarious Visions. “We’ve strived to make this AAA remaster a fantastic experience for all gamers, whether a hardcore fan or playing for the first time.”

For the first time, fans can enjoy seeing how they stack up against their friends and other players around the world via online leaderboards. Full analog stick support and a unified save system and checkpoint system will make it easier for new fans to enjoy the classic adventures, while improved bonus levels and time trials in this epic trilogy will challenge the hardest of the ‘Coot core!

Also new in the Crash Bandicoot N. Sane Trilogy, players can switch between playing as Crash or Coco at the press of a button. Coco is a fully playable (and sassy) character across all three games, and both characters have an N. Sane set of special attacks – each with their own style!

Activision and Vicarious Visions are honoring the heritage of Crash throughout the trilogy in a variety of ways, including a fully remastered game soundtrack packed with all the didgeridoos, xylophones and thumpin’ bass lines you can handle, as well as newly recorded dialogue from some of the familiar voice actors who appear in the original Crash Bandicoot games, including Jess Harnell, Lex Lang and Debi Derryberry, among others.