Huawei impressed tech/smartphone enthusiasts with their announcement of the P20 Pro, as the phone has an impressive triple-camera setup which takes photos that can trade punches with DSLRs. While Huawei is making waves in the flagship market, the brand hasn’t forgotten the budget segment. Huawei also recently launched the wallet-friendly Nova 2 Lite, and know they’ve released their latest budget option — the Huawei Y6 (2018).

The trend of 18:9 displays have now reached budget smartphones, as the Y6 is packed with a display with the aforementioned resolution. The Y6 also has a 13 MP rear camera, and a Snapdragon 425 processor (compared to MediaTeks in other budget smartphones). With its features and low price-point, is the Y6 (2018) a budget winner from Huawei? We find out in our review. 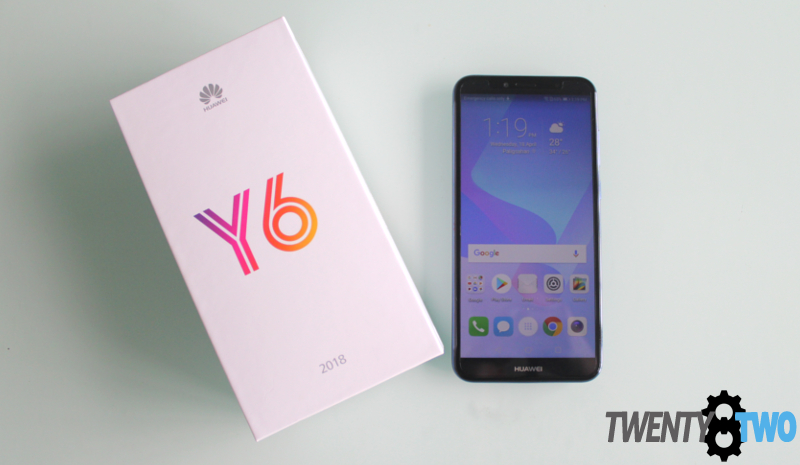 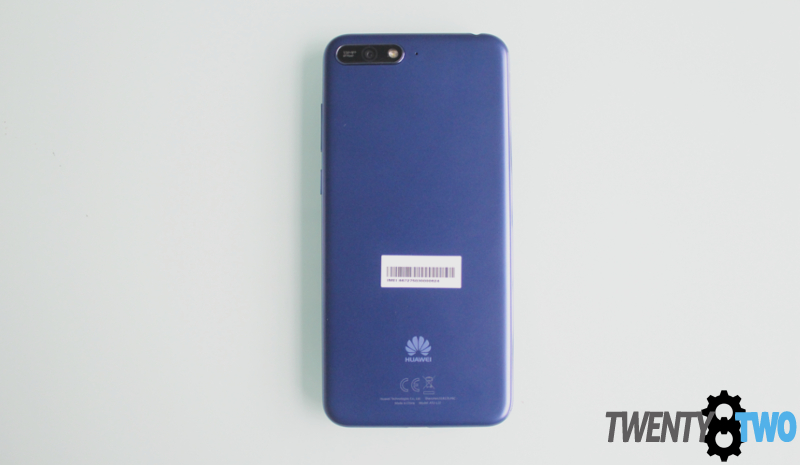 The Huawei Y6 (2018) looks-wise is a departure from the previous Y6 models; this year, the Y6 shares a similar look to the brand’s other budget offering — the Nova 2 lite. Though unlike the Nova 2 lite, the new Y6 has only one camera, and has no fingerprint sensor. The Y6 also feel slightly plastic-y, especially the sides which have a glossy plastic finish. A good thing about it though is that it feels good to hold in general use. 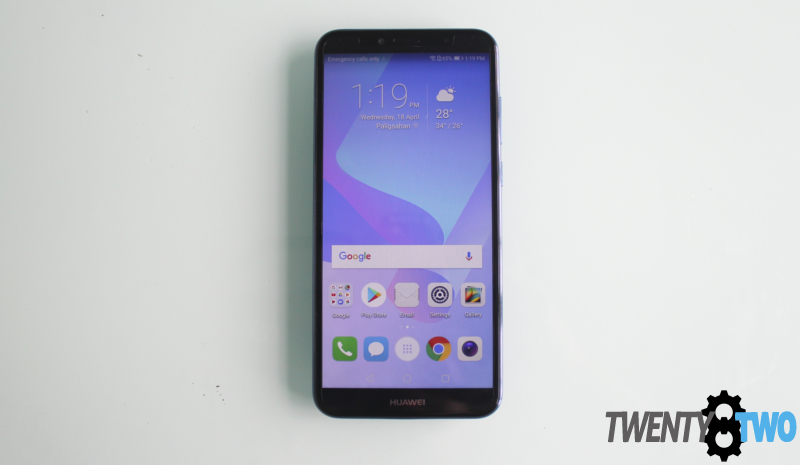 At the phone’s front is the 18:9 resolution 5.7-inch display; a trend that started last year and has now made its way to budget smartphones (not that we’re complaining). The Y6’s screen has a screen protector out-of-the-box, a welcome feature for any smartphone. Also at the front is the phone’s selfie shooter and notification LED. 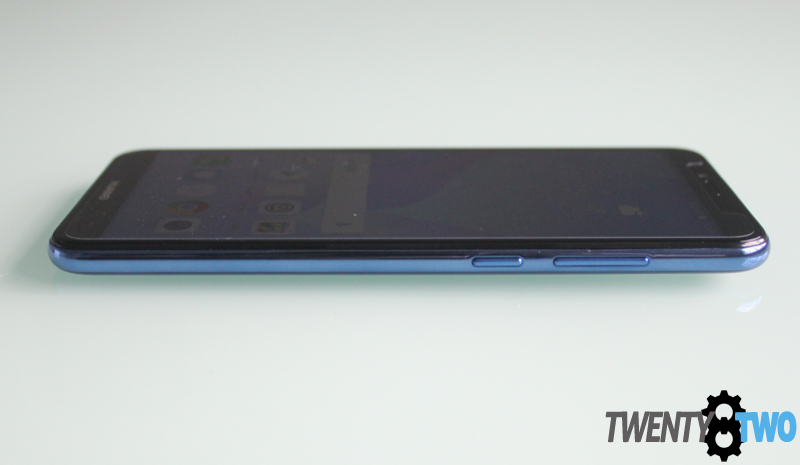 At the right side is the power button and volume rockers. 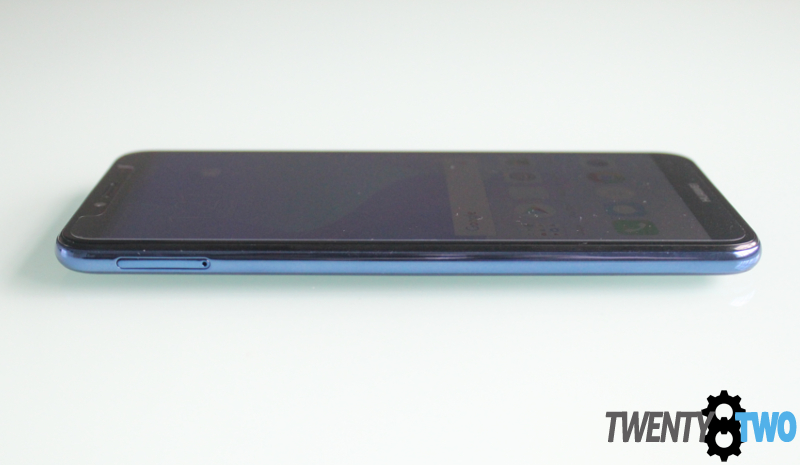 At the left is the hybrid dual-SIM/microSD card tray. 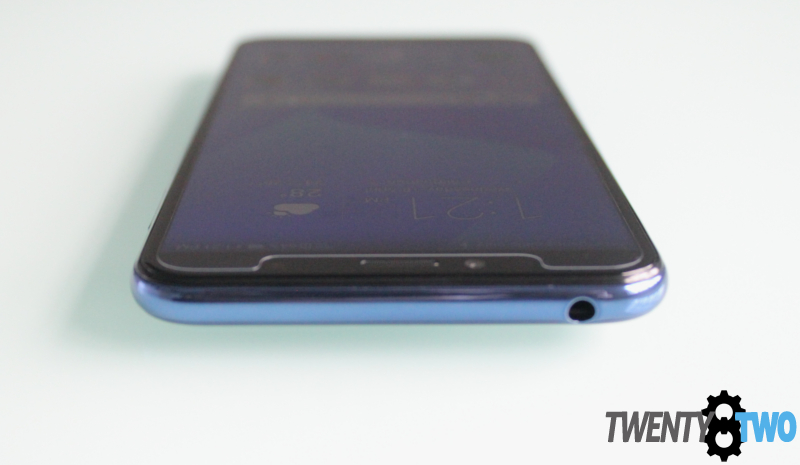 Up top is the 3.5mm headphone jack. 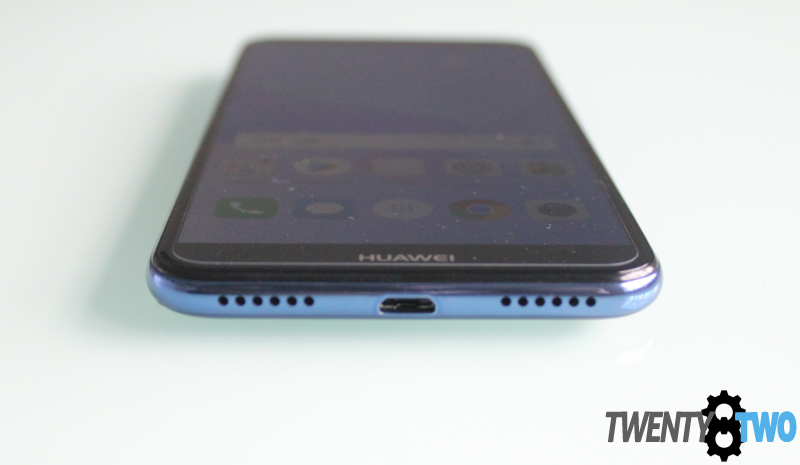 And down below is the microUSB port and speakers. Don’t be fooled though, the left speaker grille is just for show, as the sound only comes out from the right speaker grille. 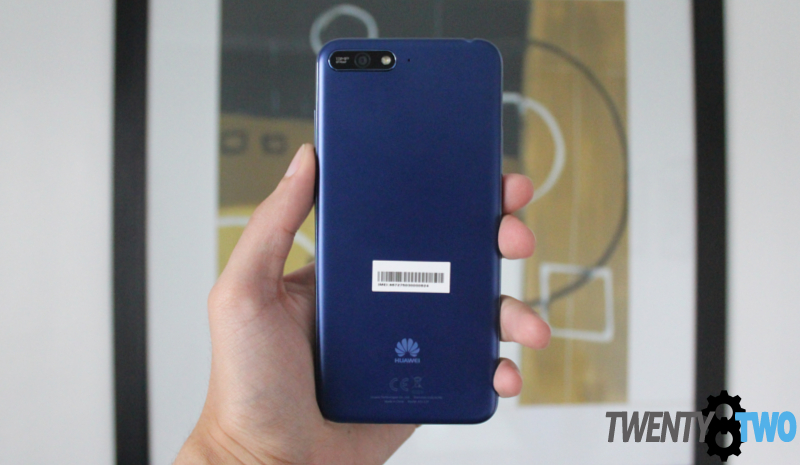 Overall, the Huawei Y6 (2018) has an attractive design that’s much better than the previous Y6 models. It may not be the most premium feeling smartphone, but it’s still a joy to hold and use.

The Y6’s 5.7-inch 18:9 display has a resolution of 1440 x 720, fairly low for a display of its size, but still as expected considering it’s a budget smartphone. The display will get the job done for general use and media consumption, plus it gets fairly bright even outdoors. The only downsides with the screen is that it’s not as sharp and colors can appear slightly muted compared to other phones in its segment. 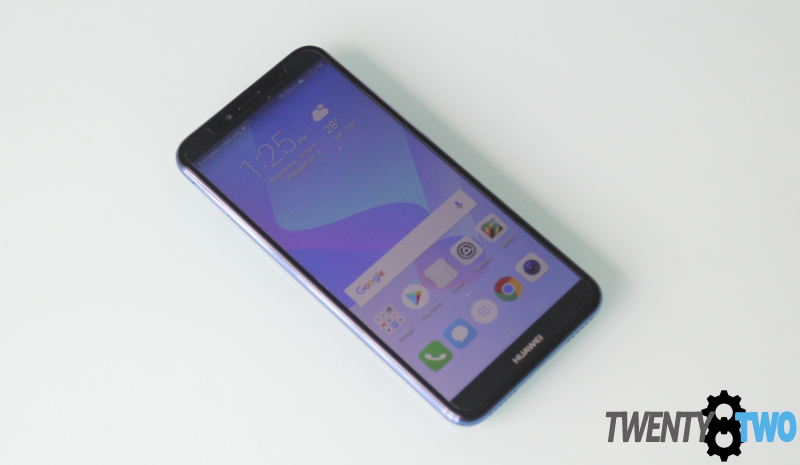 While the screen is fine, the speakers are anything but (in a good way). The phone’s speaker output blows almost all other budget smartphones out the water; not only does it get loud, audio quality is fairly decent even at the highest volume. If you’re watching a tv show or movie on the Y6, you won’t have a hard time hearing the dialogue when using the phone’s speakers. Though if you use headphones, the Y6’s audio output is also decent. 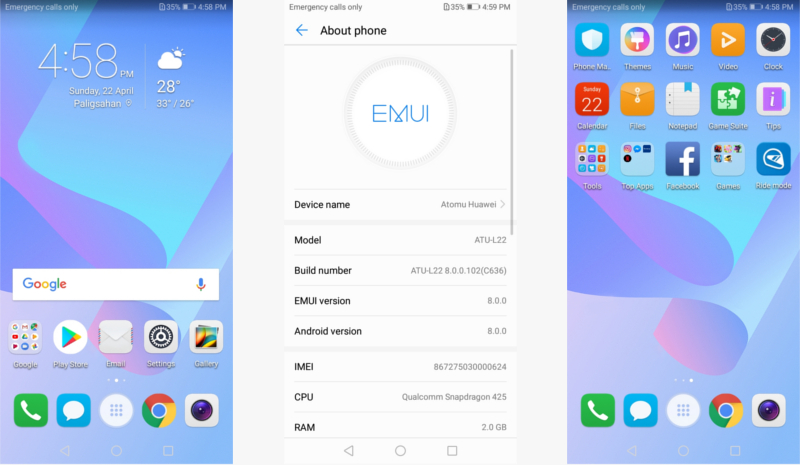 The Huawei Y6 runs on Android 8.0 Oreo with EMUI 8.0. Huawei has made strides with EMUI, as the 8.0 is much better to use than the previous versions of the UI. There is a bit of bloatware in the phone, but the bloat is not bad enough to impact the phone’s performance. 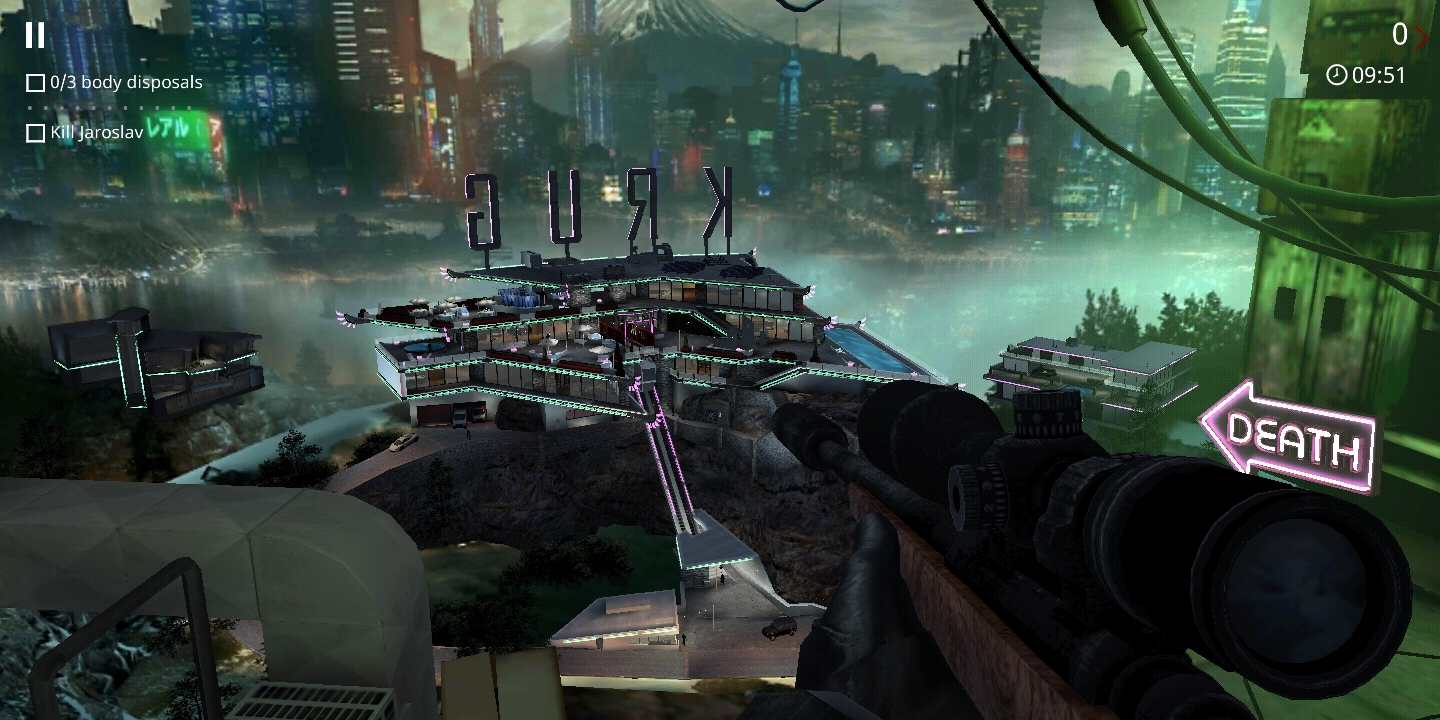 Speaking of performance, the phone runs fine in general use thanks to its Snapdragon 425 processor. While the 425 is already an old processor, it’ll still get the job done for most situations, except for heavy gaming. Sure, you can play less demanding games on the Y6 such as Hitman: Sniper, but be sure to keep the settings on low. If you’re looking to play games such as PUBG Mobile though, get ready for a less than stellar experience.

Before we forget, the Y6 is packed with a face unlock feature. While it’s not as secure as a fingerprint sensor, it’s a welcome addition to the phone. In our use, face unlock works fast in great or decent light, but it does struggle as expected in dim areas. 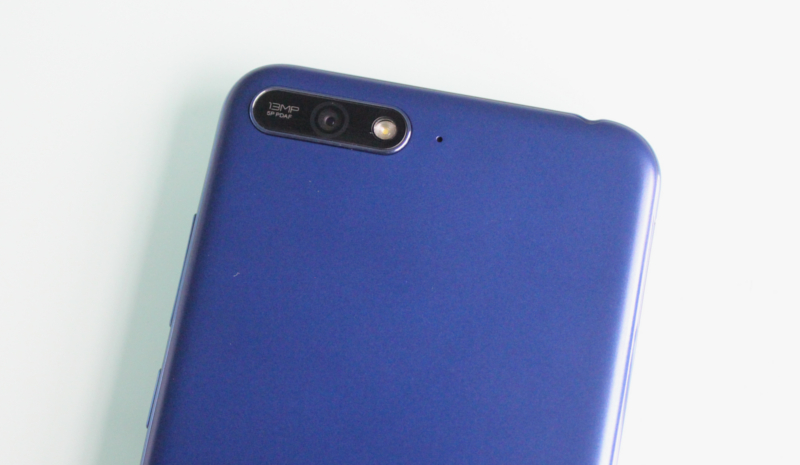 In our experience, most budget smartphones have cameras that are nothing to write home about. Though the Y6’s 13 MP rear shooter is an exception, as it surprised us with the high quality images that it produced. 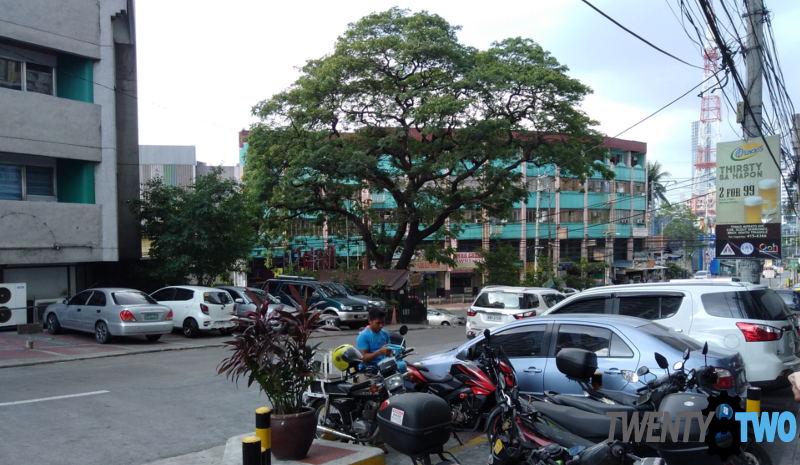 As with almost all smartphone cameras, the Y6 excels in outdoor shots with great lighting. Shots outdoors turn out detailed and with great color. 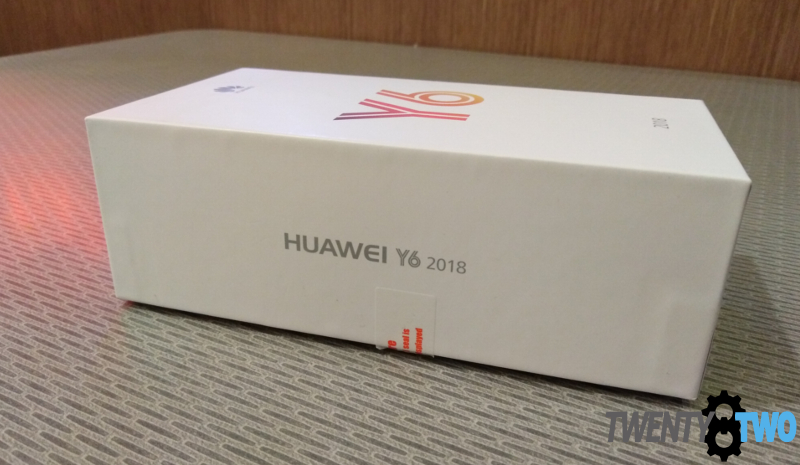 Even indoor pics are of good quality, provided of course that the area is well-lit. 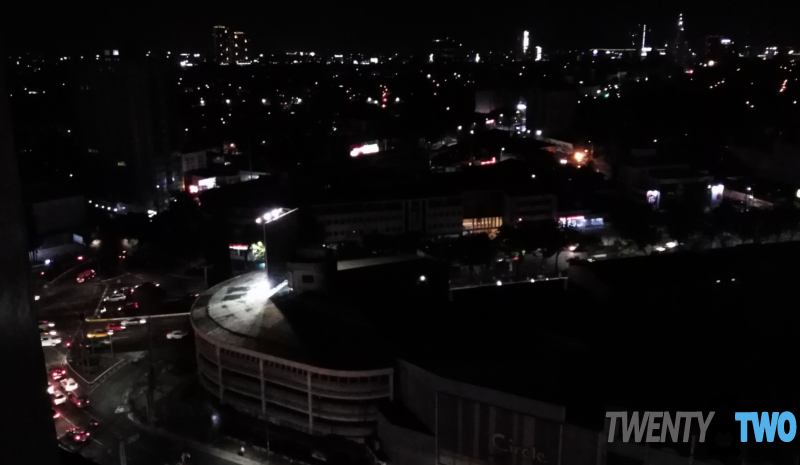 The phone’s image quality does drop off in low light conditions, but this is to be expected; the Y6 is a budget phone after all. 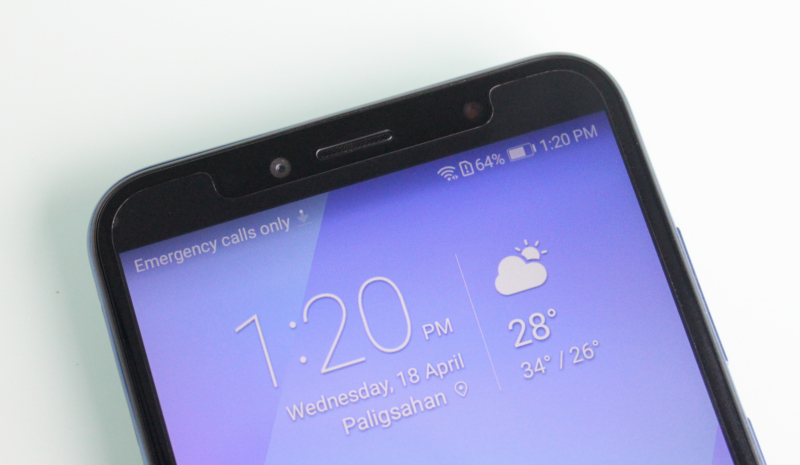 So the rear camera is impressive, what about the front camera then? Well, it’s also pretty good. 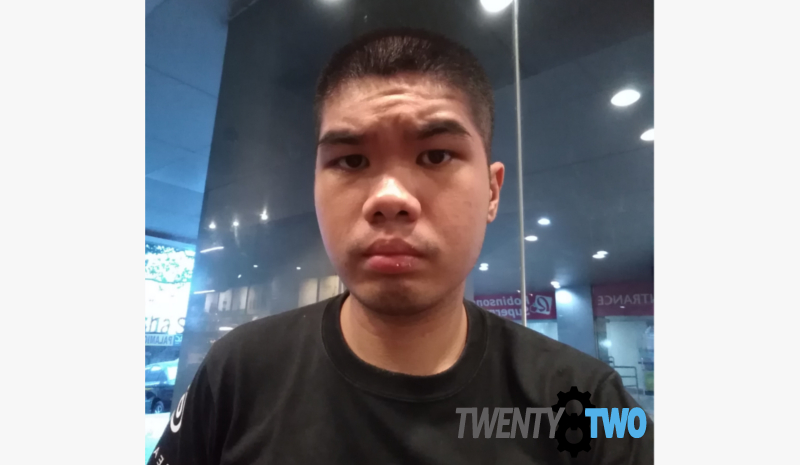 Give the front shooter good light and it will produce good selfies that are social media-ready. Though as with the rear camera, the selfie camera’s performance drops off in low light conditions.

The Huawei Y6 (2018) comes with a non-removable 3,000mAh battery. We expected the phone to last for around a day of moderate use, and we were right. With browsing and some light gaming, the phone still had a bit of juice by the end of the day. If you’re a heavy user though, it might be a good idea to bring a charger or a power bank if you’re going to use the Y6. 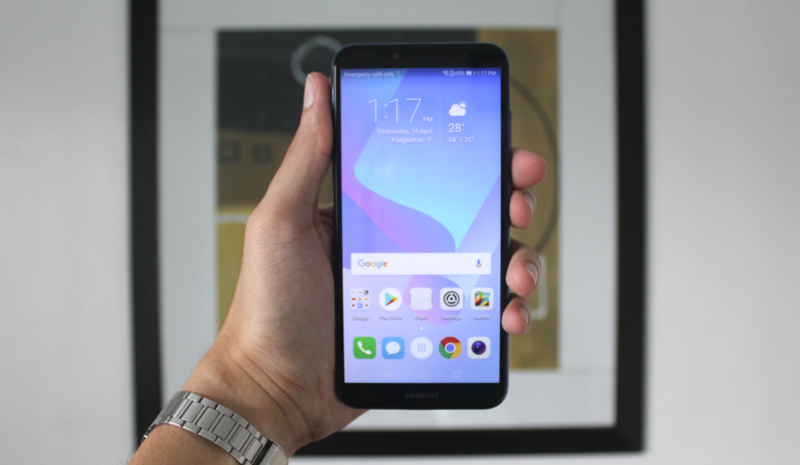 Huawei is lit up the budget smartphone segment with the Nova 2 lite earlier this year, and the brand is doing so once again with the Y6 (2018). Huawei’s new Y6 has a list of compelling features, including a good design, great cameras, and excellent speakers.

The Y6’s only drawbacks are its fairly low gaming performance, and 720p display. But these are far from dealbreakers; the display is still decent overall, and great gaming performance is next to impossible at its pricepoint.

If you’re looking for a smartphone and have a budget of PHP 6,000, look no further than the Huawei Y6 (2018). At only PHP 5,990, the Y6 has great cameras and speakers that are at the top of its class, all without sacrificing day-to-day performance. Plus, it has good looks, a great in-hand feel, and face unlock to boot.