Taking advantage of the new AMD RYZEN CPU lineup doesn’t have to hurt your wallet, as there are RYZEN-compatible motherboards being released. BIOSTAR has just announced their more entry-level RACING motherboards for AMD RYZEN. 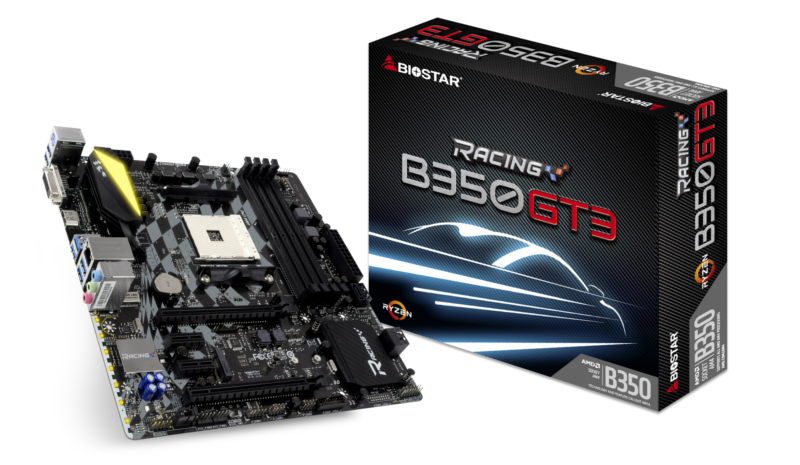 BIOSTAR sets the stage for the micro-ATX AM4 market as the pioneer in including RGB LED function in its micro-ATX B350 motherboards. The BIOSTAR RACING B350GT3 is ideal for system builders and gamers that want an RGB lighting-capable system with the latest AMD B350 chipset.

In addition to this, the BIOSTAR RACING B350ET2 sets itself apart from the competition by introducing 1.5V USB charger functionality and SATA POWER characteristics, perfect for iCafe owners who want to feature LED-equipped gaming headphones from the USB.

The new BIOSTAR RACING Series motherboards for AMD AM4 sockets support the latest AMD RYZEN 7 8-core processors and feature support for DDR4-2667 memory via the B350 chipset which offers plenty of connectivity for upgraders. BIOSTAR uses 100% solid capacitors on both motherboards for guaranteed durability and Hi-Fi audio for a great entertainment and listening experience.