Virtual reality technology is shaping up to be the future of gaming. Offering more immersive and engaging gameplay, it’s easy to see why many manufacturers are releasing their own devices (like Microsoft with their HoloLens) or are buying out VR developers outright (Facebook’s acquisition of Oculus VR).

At this year’s ESGS, multiple booths offered a chance for visitors to try out VR games. Two VR devices were available for play publicly, namely the HTC Vive (found at the MSI booth and the PLDT booth), and Samsung’s Gear VR (at the GDAP area). The PlayStation VR was also featured, though only the media were given a chance to try it out. We were lucky enough to try the three said devices; here are our thoughts: 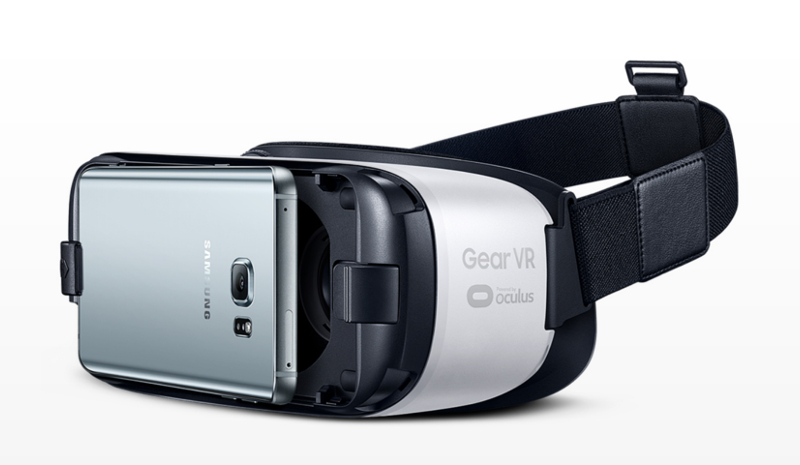 The oldest of the three, Samsung’s Gear VR (made in collaboration with Oculus VR) was released on November 27, 2015; and it’s compatible with the Galaxy S6 family, S7 family, and Note 5 devices. While it was released last year in different countries, it was only released in the country this year; it’s priced at PHP4,990.

The Gear VR was playable in several booths at the GDAP area. Though most of our testing was done at the CIIT booth (CIIT being multimedia arts school in Quezon City), with their game entitled Archaeoceti. It’s a puzzle-adventure game, with the main goal of reaching the sky whale, Archaeoceti. 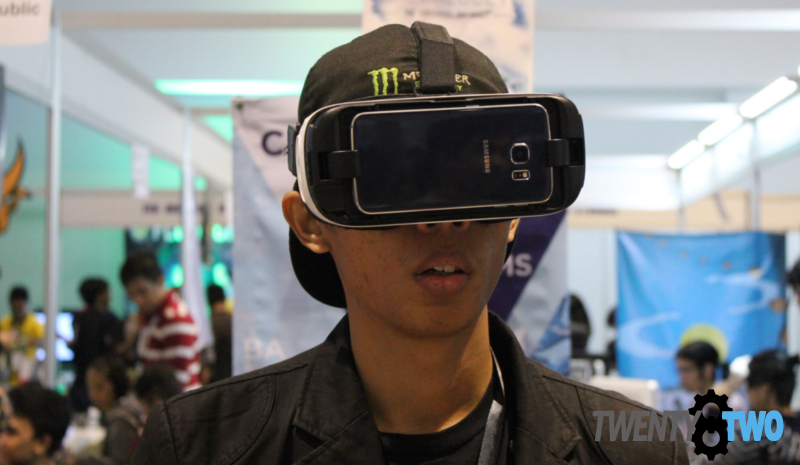 During gameplay, we found the Gear VR to be a fine little device, especially for someone new to virtual reality. Gameplay was quite immersive, especially the flying parts. Though visuals were not that exceptional (it is powered by a smartphone after all), and using it for some time can be nauseating for some (I personally felt a bit woozy after a gameplay session). 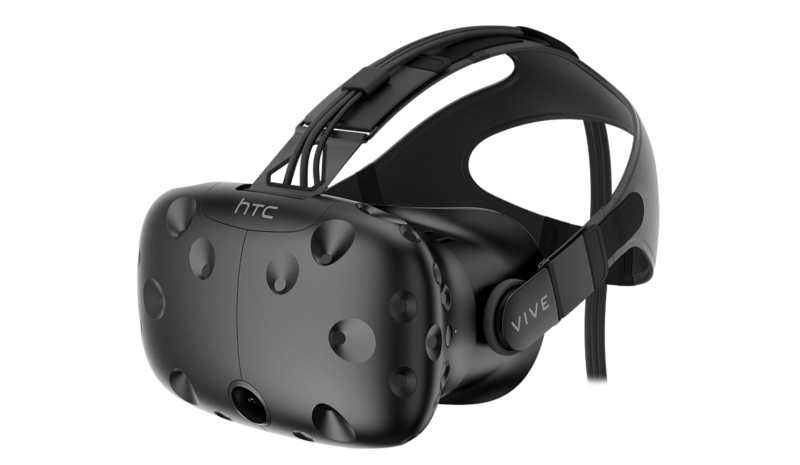 The Vive is a VR headset developed by HTC and Valve, and was released last April 5 of this year. The Vive consists of the head mounted display unit (HMD), along with two handheld controllers and two “Lighthouse” base stations for movement tracking. It has more advanced features such as allowing the user to manipulate virtual objects using the controllers, and the ability to walk around virtual worlds. It’s available locally at select IT stores, and is priced at a whopping PHP57,950. 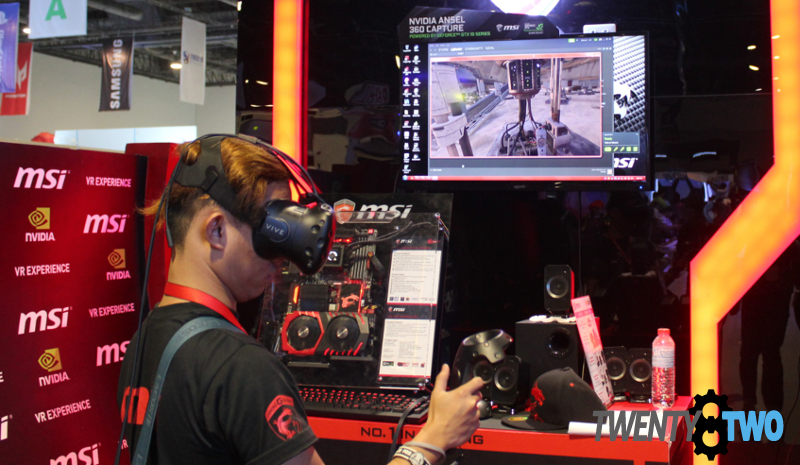 We did a short test of the device at the PLDT booth, using an MSI VR-ready laptop, with the game FancySkiing. It’s a skiing game where the player skis down a course while dodging obstacles. The gameplay felt realistic at times (skiing down a cliff felt real for a few moments), and the controllers acting as ski poles were fun to use. It was also much less nauseating to play (for me at least). 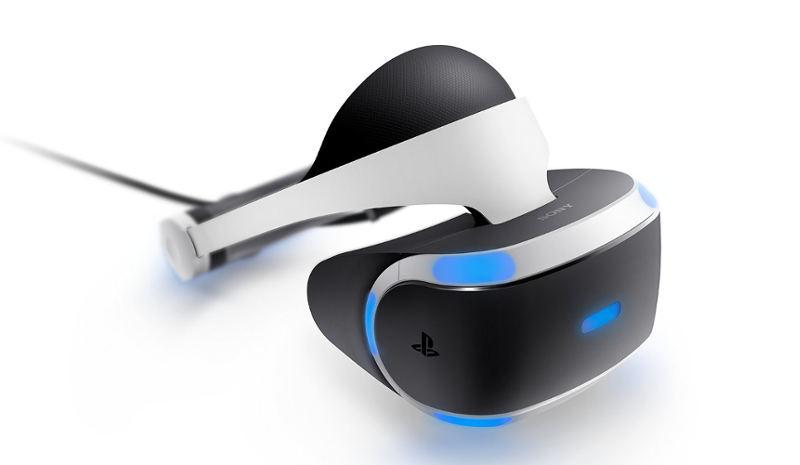 A few lucky media folk (including us) were able to play the Call of Duty: Jackal Experience with the Play Station VR. The VR headset was the latest to be released of the three, being made available only this month. It is priced at PHP22,990 for the unit only, and PHP25,290 for the bundle with a PlayStation camera. 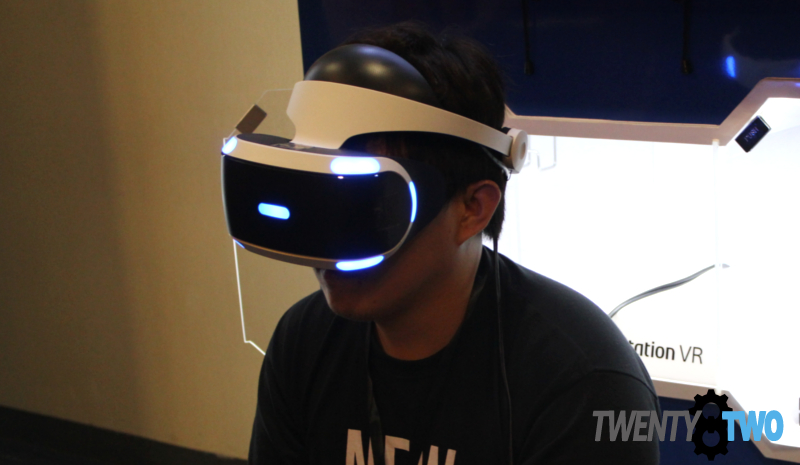 The Jackal Experience consists of piloting a Jackal fighter, with the goal of defeating as much enemy fighters as you can before the time runs out. As it is a space battle scenario, using the VR device was a blast, space combat felt immersive and exciting. It also did not cause much nausea during gameplay (except of course if you move your head around erratically).

Of the three, the HTC Vive was technically the best, as it has a unique controller system and has the highest resolution per eye (offering the most potential graphical fidelity); though it does not come cheap. Overall though, the best VR device would likely depend upon what an individual player wants, along with what device the said player already has. For those looking for a more budget option, the Gear VR is the best bet. For PlayStation players, the PlayStation VR is the best bet. And for those looking for an uncompromised VR experience, look no further from the Vive.