Years ago, the netbook trend was a thing. Super portable, 10-inch laptops ran the most basic of setups: Celeron processors, integrated graphics, sub-500GB harddrives, and 2GB of RAM at the most. These things weren’t gaming machines by any stretch of the imagination, but they fulfilled a great need: basic computing on the go, and computing power no matter how small the workspace. The best part about these little wonders was the price: usually sub-25 thousand pesos for the top-of-the-line models.

Fast forward to now and we still have netbook-esque ultra-portable laptops. Case in point: the new ASUS Zenbook UX333. At 13 inches, it is the smallest in its series, and comes in an attractive Burgundy Red color on the lid and body. Ultra-portables like this are not the easiest to conceptualize nor make, as you’re hard-pressed to combine looks and everything including the kitchen sink into a super slim, super small form factor. ASUS has made it possible, and the current Zenbook 13/14/15 are the world’s most compact laptops. 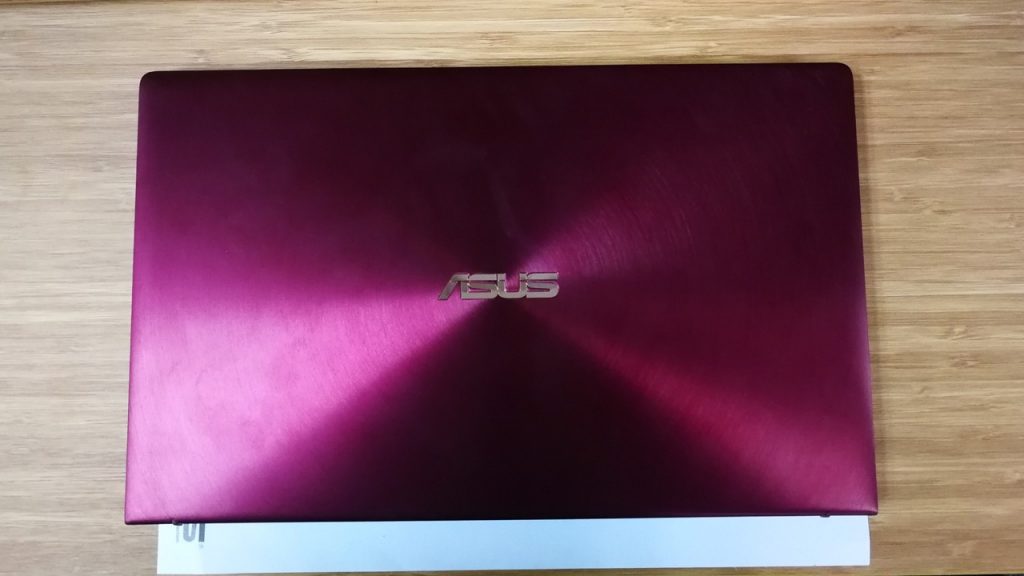 We were given the chance to check out the Zenbook 13 in Burgundy Red, a really striking colorway especially when you have a bushed circle pattern on the lid. This was a conscious choice from ASUS, as the light looks like it radiates from the logo in the middle. The metal shell looks clean and sleek, and fingerprints are not easily seen; a big plus when you’re really wanting something that looks good from any angle, any time. The great engineering feat that ASUS was able to achieve on the UX333 is that the whole thing is slightly smaller than a piece of A4 paper! 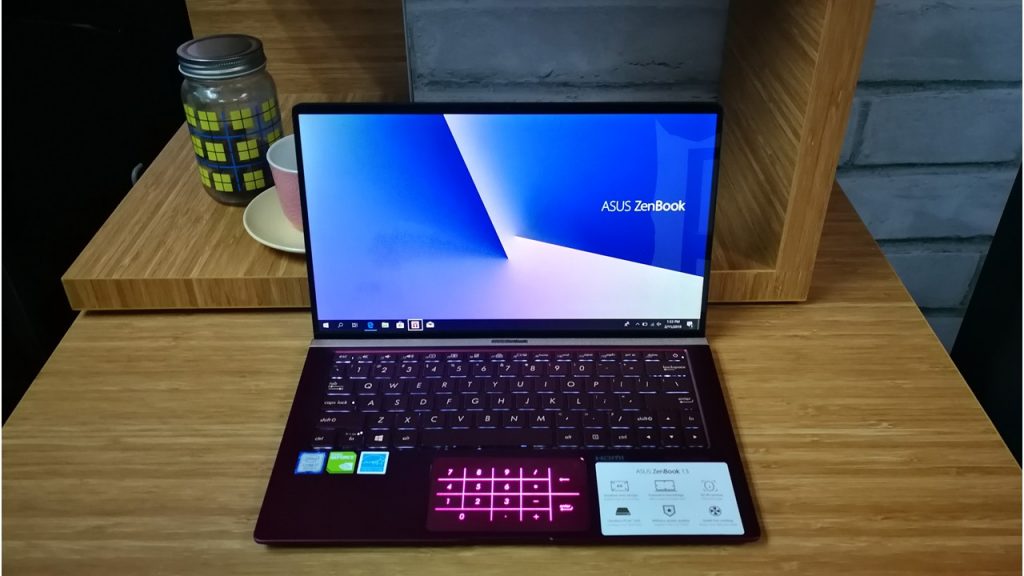 This laptop also features what ASUS calls a “NanoEdge” design. This makes the screen to body ratio jump to a whopping 95%. That’s almost all of the inside lid of the laptop! The design is still patent pending, and while people have seen pictures of this innovation at CES 2019, it really is something different when you’re actually holding and looking at the real thing.

Having a display this big means that you’re actually looking at a 14-inch display on a 13-inch laptop body. Hardware-wise, this also means that ASUS engineers had to come up with a totally new webcam that’s not only small enough to fit behind the narrow bezel, but thin enough so it won’t bulge out of the lid. The camera features a 4-element lens for less noisy captures, and an infrared reader to help with face recognition in low-light environments. 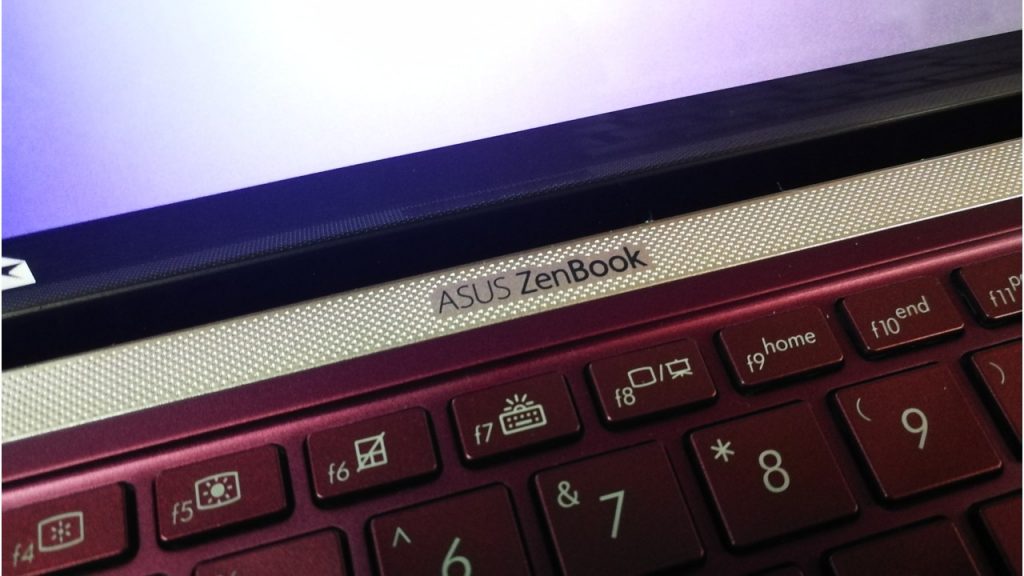 Connecting the display to the rest of the surface is a brushed white gold metal speaker grill, produced in collaboration with Harman Kardon. We played a few music videos from YouTube and Spotify to test the speakers out, and they sound excellent no matter the volume level. The bass was more pronounced over mids and highs, which made for an overall great experience as that is the general preference of most consumers.

Editor’s Note: The units we were able to test were engineering units, which accounted for the faulty performance of one of the Zenbook 13 laptops when it came to the sound quality. It came out as metallic and distorted as high volumes, very far from the quality of the other engineering unit. ASUS has assured us that this problem with the speaker is confined specifically to that particular unit and consumer-ready units do not have that problem. 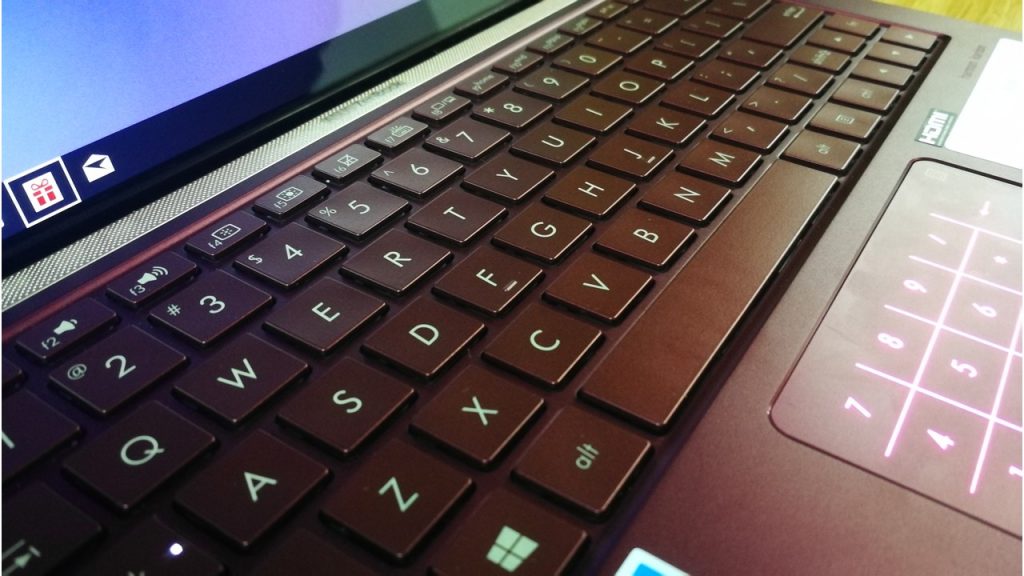 As with compact laptops, one won’t expect semi-mechanical nor full mechanical keyboards on the Zenbook series. The UX333 is equipped with a chiclet keyboard with the individual keys being as thin as possible without sacrificing the backlighting leaking through them. The laptop does not have RGB, which is something to be expected. It does, however, come in a classy white backlight, a feature that gets accentuated by the deep red body. 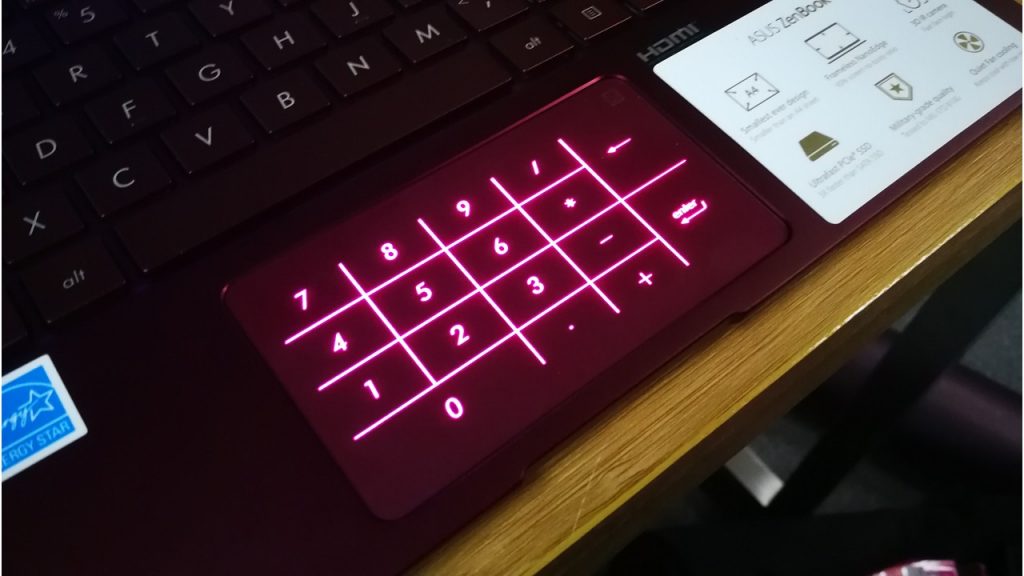 Finally, as mentioned during CES 2019, the new generation Zenbooks will have a number pad integrated into the touchpad. ASUS finally solved the gripe of not having a functional numpad on a laptop, thanks to the dual function touchpad on the Zenbook 13. Note that the Burgundy Red has pink lighting on the number pad and the other color variants of the UX333 will have a standard white backlight. The numpad feels like a capacitive touchscreen most smartphones have and are responsive enough for quick computations. However, we feel that veteran Excel users would still want to plug in a dedicated number pad when doing work.

On the right side of the body you will find a 3.5mm headphone jack, a USB 2.0 port, and a microSD card reader. The left side of the device houses a charging port, an HDMI port, another USB 3.0 port, and a Type C port. As most phones already sport Type C ports, the inclusion of this specific port on the new generation Zenbooks is a great idea from ASUS. 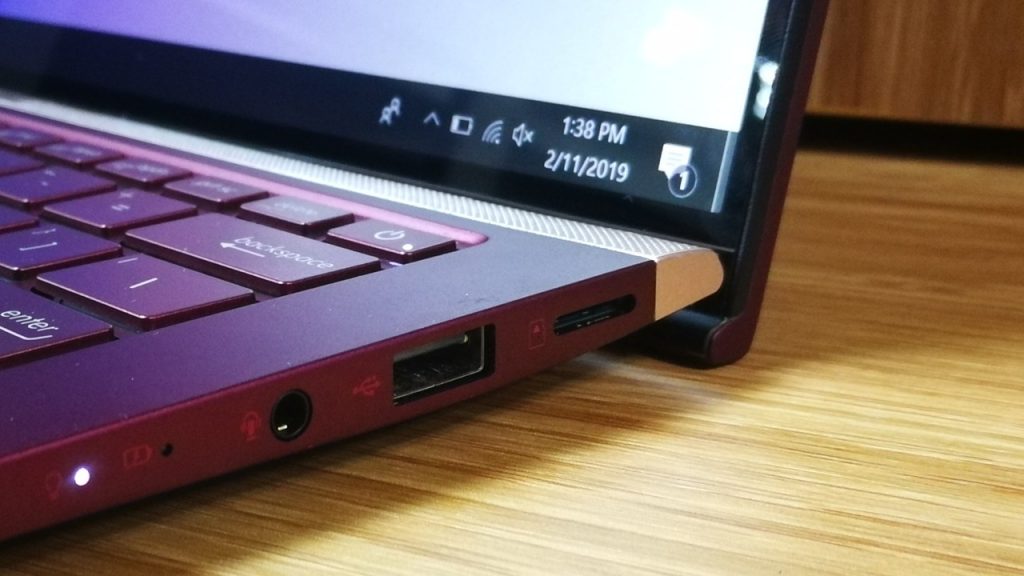 The Zenbook series features the company’s ErgoLift design, first seen (in a slightly different form and execution) on the ROG Zephyrus gaming laptop released in 2017. This means that part of the lid is supporting the whole device, lifting the keyboard side up and at an angle for a more comfortable typing experience and aids in heat dispersal, allowing the laptop to breathe better so as not to task the fans more than the usual. Paired with a laptop cooling pad, it allows the Zenbook to be at a relatively cool temperature versus laptops that have hinge designs that lay the keyboard side flat on the table.

Under the hood, the Zenbook UX333 packs the following specs:

On paper, the specs are not bad for the type of tasks you want to do on the Zenbook 13. It’s springy enough to handle photo manipulation jobs (less layers, the better) or cut-to-cut video edits. The 13″ FHD 1920×1080 screen is a little small, even with the NanoEdge tech, but as we were using it, the thin bezels helped ease our eyes to screen size. It really helped the said bezels were thin, as it really felt like we were using a standard 14″-15″ laptop.

The touchpad was very receptive and just the right size so it won’t be a bother when typing on the keyboard. We do caution users with bigger hands, of course. Then again, if you have larger hands, you might have a better experience with the 14″ or the 15″ versions.

Overall, the Zenbook 13 experience was smooth and sleek. It’s a very handy device to carry around, especially when you travel and need to use the laptop when on the move. At around 1.09kg, the device is lightweight enough to not be noticed when you carry it in your backpack with the added bonus that the body is small enough to fit in all laptop compartments, a luxury most gaming laptops cannot have. 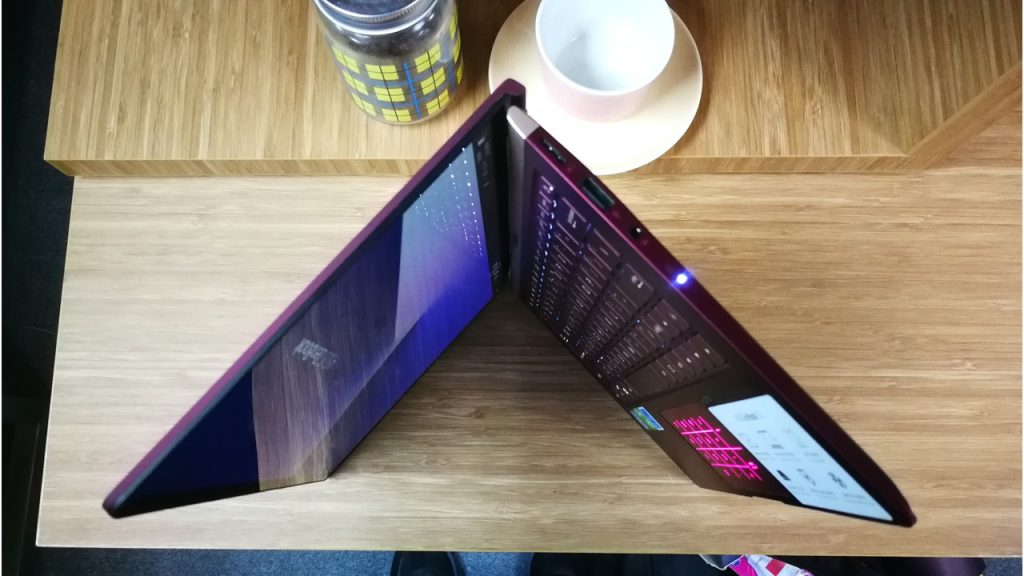 As far as first impressions go, the Zenbook 13 is a great device. If you travel a lot, or have a small desk in your office or apartment, but want something powerful enough to play a video game or two (at medium-high settings) if you REALLY wanted to, then this device is worth a try.