Some games are designed to challenge players through movement mechanics. Games like the Dark Souls series or Final Fantasy XV have a lot of player input when it comes to movement. Often, there is some sort of action that players experience, which make video games fun and thrilling to play. Then there are games that play out like an interactive storybook. There is minimal action, more to move the plot further along, and it’s through the unfolding of the story do players experience heightened emotion, stress, exhilaration, and action. 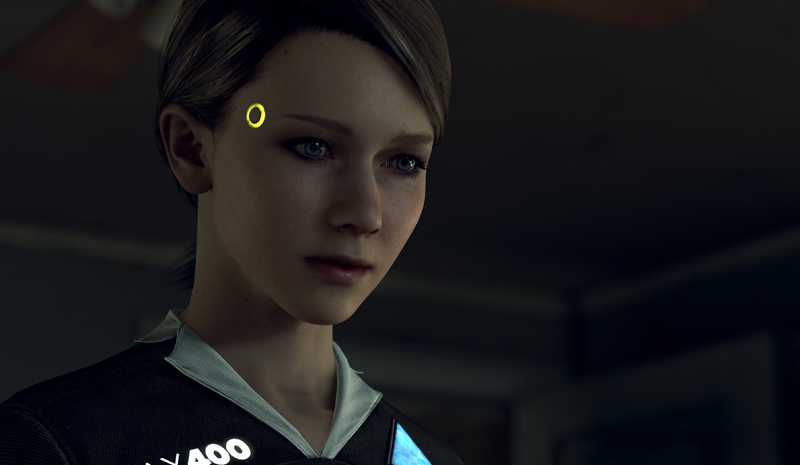 Detroit: Become Human is one such game. It’s not like Call of Duty where you shoot bad guys or just input a lot of button presses. I got a chance to play a few scenes for the game and it was definitely a change of pace from the action games we’re used to playing. The game is heavy on storytelling, but you will be able to move around and interact with the environment, make decisions, and ultimately, guide Connor, Kara, and Markus through the game. Each character has a set of scenes and in each scene, you need to guide the protagonists into making discoveries, analyzing certain situations, and making correct conclusions. Each scene establishes the protagonists and their current situation, then builds up to a climax of sometimes timed decisions, then ends with the consequences of your actions. 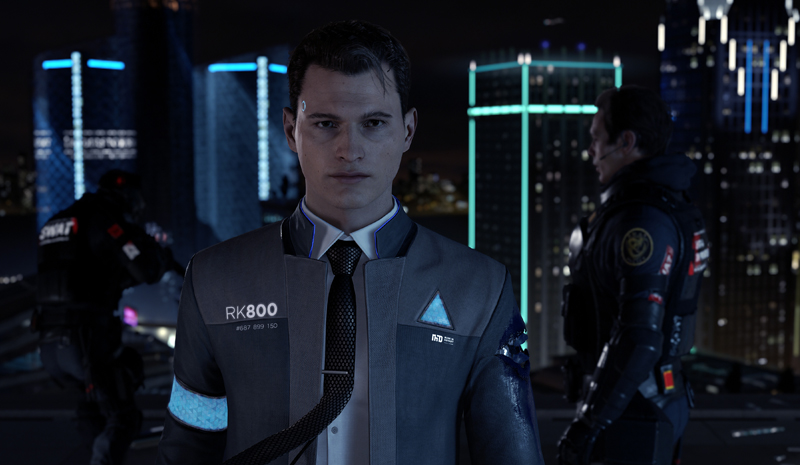 Like any RPG, you really need to explore the scene you’re in and look for as many interactive objects as possible to trigger the game into giving you more information. While you can just barrel through the scene, I found that gaining as much information as I can really helps to make a more favorable outcome, since in this game, character death is permanent. This means that if one of the main protagonists dies, then they won’t be appearing at the end of the game (presumably when you will need everyone at the ready). 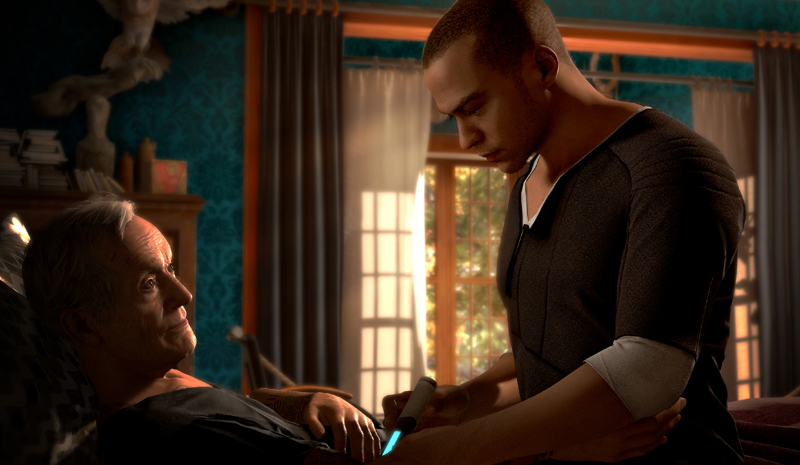 The game is unique in showing you a summary of your scene. Just like life, each decision made opens up new outcomes and possible choices. Conversely, every new decision made closes of the other possible decisions and outcomes. The game, once finished, can be replayed again so you can go through all the paths you missed.

Detroit: Become Human has a complex story set in the not-so-distant and very viable future. Smart androids have become a big part of people’s lives, and are treated as appliances, They cook, clean, guard the house, and keep children company. While very human-like in appearance and mannerisms, androids are still machines, unable to become truly autonomous – until the game starts, of course. While predictable in premise, what intrigued me in the game was how realistic the developers made this version of the future. We’ve already had several news items over the last few years of scientists inventing robots with human-like behavior and can be interacted with, and can learn. The game’s future tech was based on existing technology that took its natural evolutionary course. Androids in Detroit: Become Human can be very well be how we will be interacting with the androids we are making today. 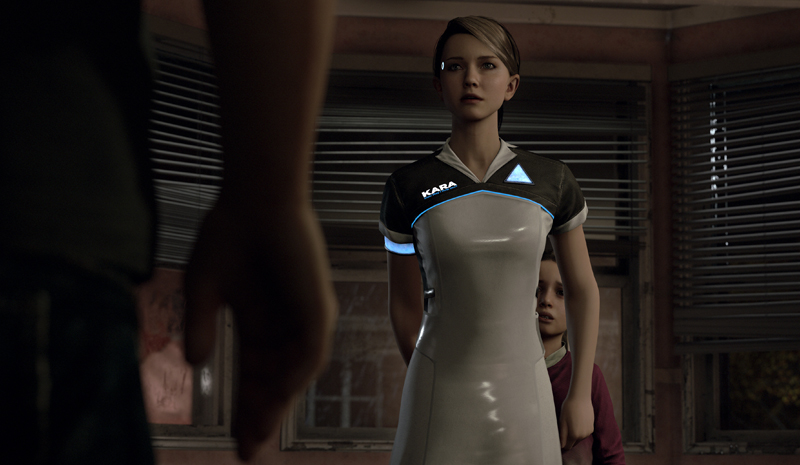 The game is a very human and real take on issues and consequences surrounding innovative technology meant to better our lives. It deals with segregation of humans and androids, essentially a metaphor to how African Americans were treated up until the sixties. It deals with abuse, of mistrust, of fear. These topics are still very much felt today, and Detroit‘s future puts it in the framework of androids and humans and their co-existence and of the androids slowly gaining sentience. Despite their artificial nature, it was very easy for me to empathize with the protagonists, and want to root for their success. And yes, there were times when the action in the story became physical, which in my mind, was okay, since Connor, Kara, and Markus are all androids. But the game suddenly paints you a picture of humans coming into situation; fragile humans. This added a lot of pauses for my playthrough, because I really had to think of consequences to everyone around me. I mean if it were just me as Connor facing down a gunman, I could just barge in and not care for the gunfire. But the possibility of a human shield was one very real factor which demanded attention and preparation, which brings me to game mechanics. 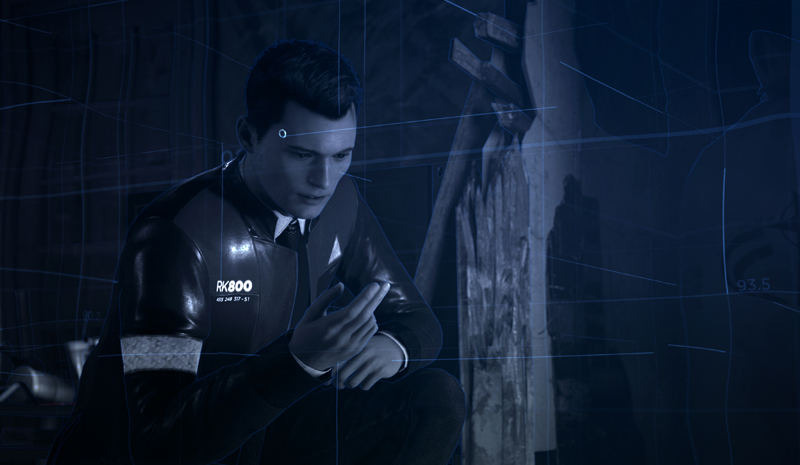 The game allowing you to interact with the environment is a little too broad. When the situation allows or needs it, the game switches modes and its presentation of what you see so you can examine places, areas, objects, and people, allowing you to zero in on specific items that can help you reconstruct events that have already transpired. Think of it as Batman’s Detective Mode in the Arkham series of games. By reconstructing events, and gleaning conclusions derived from evidence, you can recreate situations that lead to the here and now. Information like this is vital to unlocking conversation options and what actions you can take. If you’ve ever watched CSI or NCIS, then that’s what it feels. Plus the tension these preparations build only increases anticipation and anxiety of who you’ll face around the corner or when you step into a room.

While the game is basically a choose-your-own-adventure type, it also presents players with logical and real consequences to each action and decision you make. Each action branches into more choices, snowballing until the climax of the scene, and you’re left with an ending that shows you all possible paths you can take in that particular scene. The game is not afraid to ask questions or show players imagery that will have them questioning. Alas, Detroit: Become Human doesn’t give you answers. Like any good story – be it in a book or game – this title means to provoke, to push you into introspection, and leaves you breathless as it is a thriller/crime noir kind of game after all. 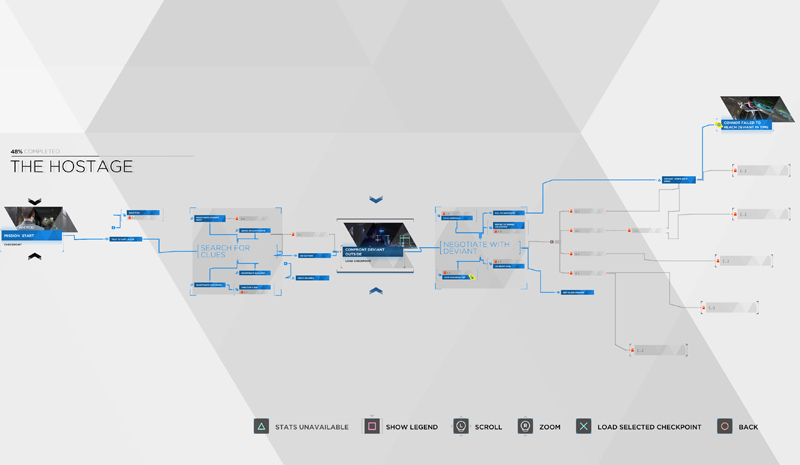 Guillaume de Fondaumière, co-founder of Quantic Dream, mentioned that this game is not an action-thriller-fantasy game, and I agree. The morals of the characters, how they react (through your decisions), and what happens to them, are all logically possible. Most of it won’t be pretty and happy-ending-like, but it feels real. Even the advancements in CG rendering make for immersive gameplay. The realistic graphics, motion capture, and voice acting all play a part in immersing you into a very possible future, and the sinking realization that this game is something you can wake up in a few decades from now. 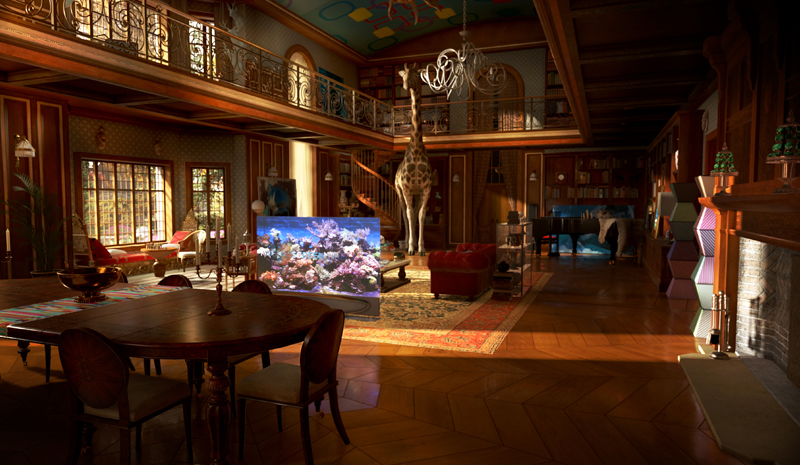 If you’re looking for less action, more story in your games, and enjoy procedural crime drama TV shows and movies, then be sure to pick up Detroit: Become Human when it becomes available on May 25, 2018.