Guerrilla Games made a name for themselves when they released Killzone, a first-person shooter series of games back in the early 2000s. A few years after Killzone Shadow Fall, the company is back with their latest offering: Horizon Zero Dawn. 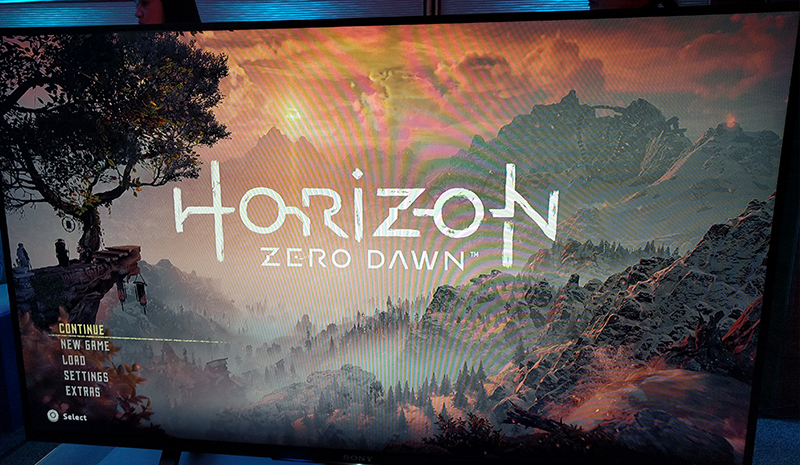 Right off the bat, Horizon Zero Dawn (HZD) departs from the genre that put Guerrilla on the map. This game is a third person action-adventure game with several RPG elements. If you liked the rebooted Tomb Raider franchise and games like Far Cry Primal, then HZD is right up your alley. I had the chance to sit down and play through the first three chapters of the game a couple of days ago during Sony’s Horizon Zero Dawn event.

I won’t present any game-related observations that might spoil readers, because this is a game that’s worth the wait and worth the unspoiled playthrough!

Let’s get this out of the way first: the game is amazing. 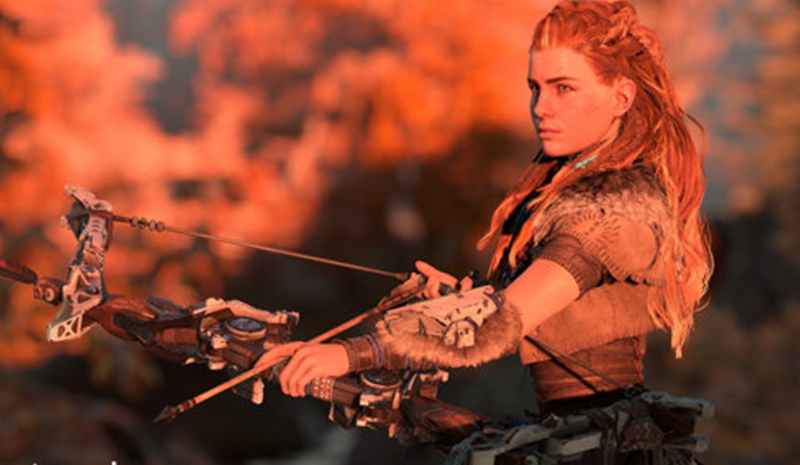 The graphics for HZD are very lifelike and immersive. The godrays are integrated well into the environment of the game, and feel very natural. Looking up and staring into the morning sun in game is the same as in real life! If you’ve done this before in your youth, you’d know that you will see a small blue circle in the sun when you look at it. The same thing happens in the game. The vistas of the game are breathtaking, especially when you’re a bit high up and you round areas that give way to show you mountain ranges and valleys. I caught myself stopping just to look around and take in the experience of seeing the environment for the first time.

For a game that’s set in a post-apocalyptic time, Guerilla decided to do away with ruined civilizations or techno-enhanced environs; they decided that in this future time, nature has taken back the world and technology has become seemingly sentient in the form of the dinosaurs/animals.

The game didn’t just go for broad strokes during its production, as every aspect of the environment Aloy – the protagonist – interacts with is rendered in great visual detail. The grass sway gently with the breeze, the animals and machines that roam the world look alive, and throughout my playthrough, I have not encountered any kind of hiccup or clipping which is impressive, considering the developers said that this game has no loading screens at all. 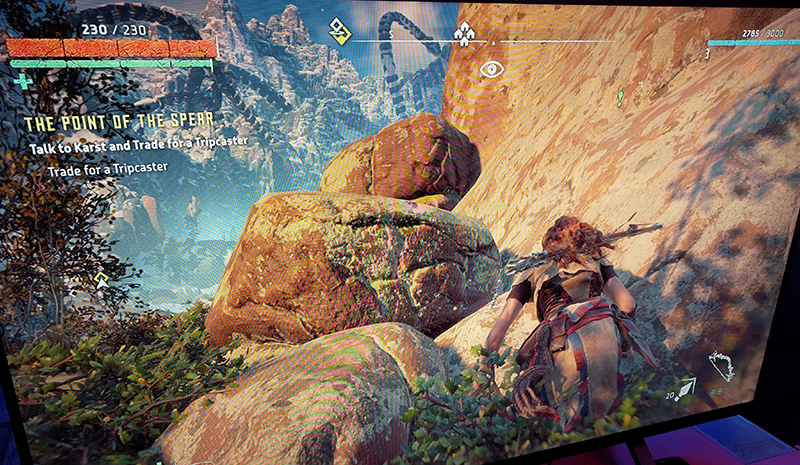 I must confess, I am not an console-based action player by any means. My last console was the first generation PlayStation and have played all my video games on PC. Being used to a keyboard a mouse, however, did not deter me from plunging head-first into the game. While it did take a bit of getting used to, the game provides a decent enough tutorial session at the start of the game to orient players on how to get Aloy from point A to point B.

That said, the game got a little clunky at the start of my actual adventure, as I was still getting used to moving and aiming. Veteran console gamers however, will adjust to the control layout pretty quickly and will be running, jumping, and climbing their way around post-future Earth with a great view.

The great thing I noticed is how the game immerses you in a back-to-basics kind of navigation – and fighting. The great paradox of HZD is that while the timeline is set in the far future, things have gotten pre-historic, and so you’re only equipped with the most basic of hunter-gatherer weapons (at the start of the game, at least): a bow and a spear. You can hunt and scavenge both flesh and blood animals and robots alike, and said creatures react to you in different ways. Most are docile and gather in herds, while others have set patrols for you to avoid or use to your advantage. 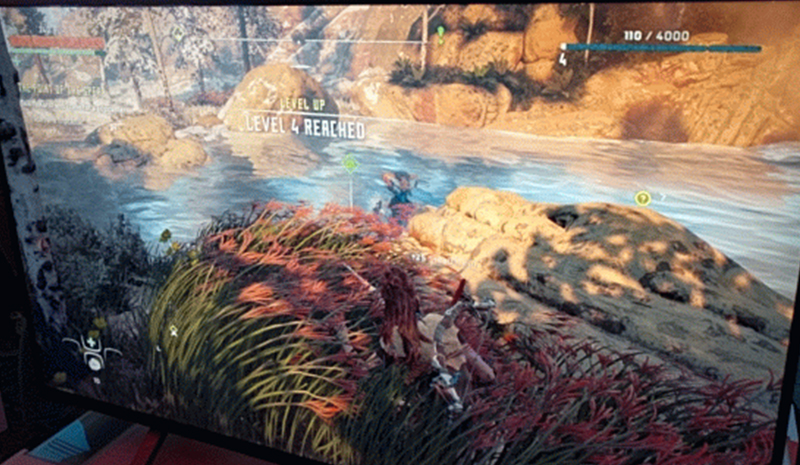 As with many an adventure RPG, Horizon Zero Dawn has ranged, melee, and stealth combat. The game doesn’t favor or penalize you from choosing one style over the other, but rather encourages you to use any and all styles and even the environment to your advantage in dealing with threats. Each kind of mechanical creature has its own weakpoints you can exploit, and like any RPG, attacking from stealth gives a bonus. While that’s nothing new, the way the game executes attacking from stealth ( a bit of slow-motion action coupled with a satisfying hit confirm sound) did remind me of Batman: Arkham Asylum and its ilk, which is never a bad thing.

Crafting is also an integral part of the game, and helps immerse you in the nomad/tribal/hunter-gatherer vibe of the game. Gathering items to craft ammunition and improve existing items helped a lot in getting a feel of the scope of the game, as it forced me to plan my movements and dealings with the local (potentially aggressive) wildlife because i have to conserve my arrows for more difficult enemies ahead. Again, the game has different angles to approach a potential fight, which makes it really fun to explore.

Guerilla Games has made a winner here, even a potential contender for Game of the Year. Horizon Zero Dawn blends two distinct timelines – pre-historic and futuristic – together into a seamless feast for the eyes. It’s very refreshing to see a smaller production house put out something of this caliber, with virtually no graphic bugs or lag of any sort. The sountrack sets the tone and aids in immersion, which is very important when you’re presenting a familiar-but-not-really world that has no precedent. 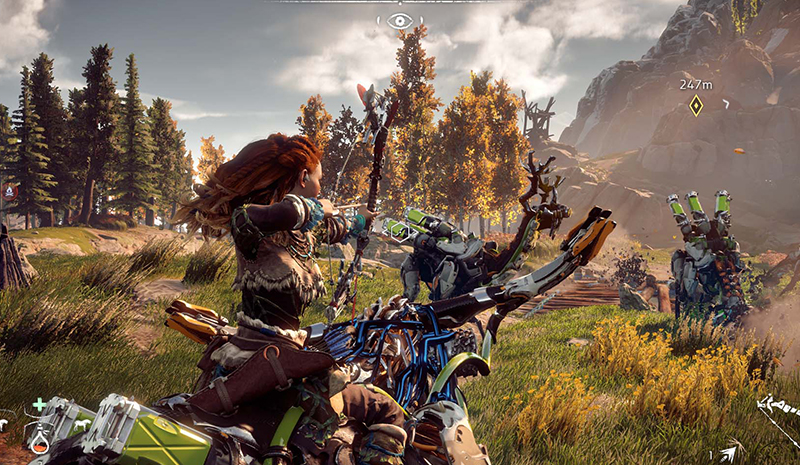 Gameplay is smooth and intuitive, but other players may complain of the lack of difficulty. For someone who doesn’t play console games on the regular however, just learning how to apply the proper pressure to the thumbsticks is handicap enough. That aside, the game lets you explore your own way, while puzzles, quests, and fights in the game can be approached in many different ways.

If you liked the rebooted Tomb Raider franchise, Elder Scrolls V: Skyrim, and Far Cry Primal, then definitely give Horizon Zero Dawn a try. As early as now, it’s in my shortlist for Game of the Year! Will it make me get a PS4 just to keep playing it? The answer is a resounding yes.