android smartphone2 devices140 flagship smartphone14 gadgets238 handset2 LG26 lg g64 smartphone36 tech201
LG's newest flagship the G6 has been announced for local pre-order, and here are a few things we liked about it.

Ever since LG announced their newest flagship during CES 2017, we’ve read good reviews about it and wondered when the handset would be locally available. Last April 18, LG finally let the cat out of the bag, announcing that the LG G6 will be available for pre-order and comes with freebies worth P8990.

We got a chance to play around with the G6 and had a really good time with it. It fits well enough in the hand and had really thin bezels. It feels really good in the hand, and while we didn’t really notice the height of the phone out right, we felt the slimmer width, especially compared to the Nexus 6P.

Before we go any further, here are the specs:

Here are the three things about the LG G6 that stood out for us: 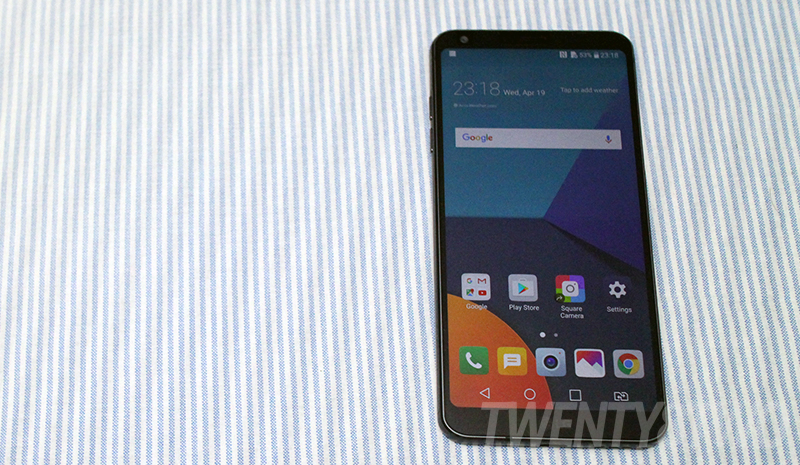 The G6 boasts a 5.7-inch QHD+ display with a 18:9 aspect ratio. The phone is taller than your average “plus-sized” phone but thanks to the unique screen to body ratio, it’s not wide enough that smaller hands have a difficult time holding the handset. The display is vivid and bright, and the taller (when vertical) screen works really well when watching your favorite Netflix series, playing games, and taking photos/videos. And because the width of the phone stays on the slim side, we found holding onto the phone while taking photos one-handed a breeze, something we can’t easily accomplish with a large phone. 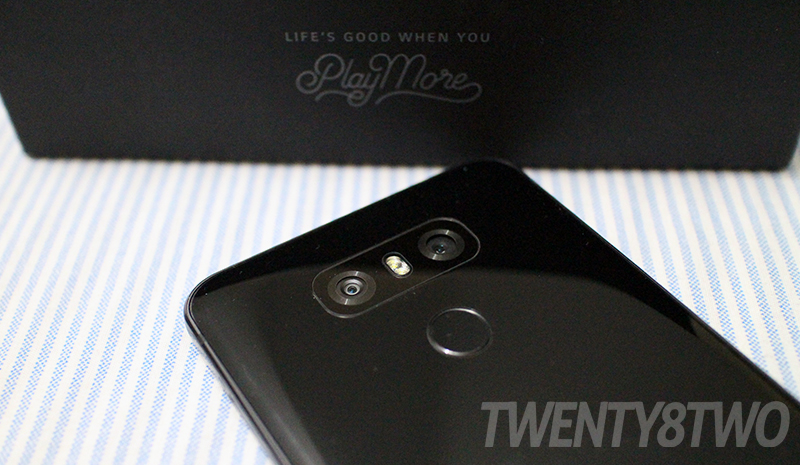 Like many handsets nowadays, the G6 also has dual rear cameras. Both are 13MP shooters with one being a standard angle and the other a 125-degree wide angle lens to maximize the 18:9 screen aspect ratio of the phone. The 5MP wide angle front camera allows for more people to fit in your photos, and we were happy to find out that LG put in the hands-free shutter mode, where the camera only needs to see you make a fist from an open hand to initiate a timer.The G6 is the first smartphone to have Dolby Vision technology. Dolby Vision was primarily developed for cinema use, but has been adopted to smaller screens. The technology is said to mimic how the human eye perceives colors, allowing the smartphone to display more vibrant imagery, whether you took a photo or video. Light and dark colors pop more thanks to the technology’s improved contrast. 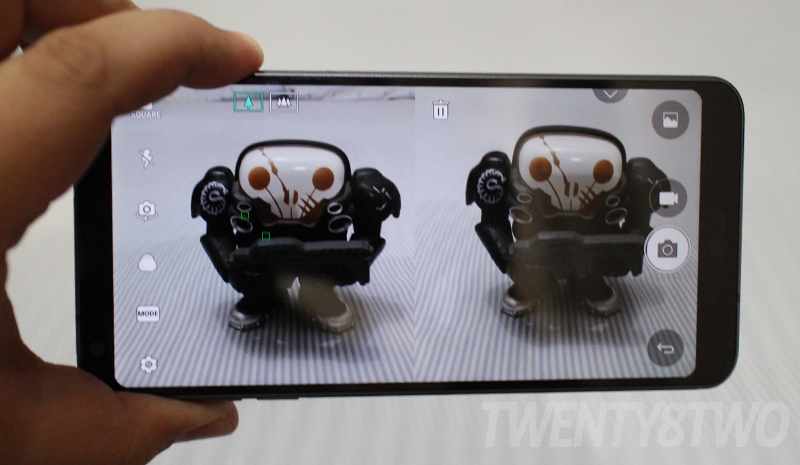 Because the G6 has a taller/wider screen (depending on your orientation), LG put in the Square Camera Mode, an app that splits the screen into two, allowing you to take a square photo (perfect for Instagram) on the left side and preview it on the right side of the display. You could set the app to even take a grid of photos one after the other, allowing for clever presentation of photos ready for your IG account.

From an initial look-over, we felt that the praise this particular handset got during CES 2017 was well-founded. The phone is lightweight and rounded metal sides made holding the device easy even for smaller hands. The glass back panel not only enhances the premium feel of the handset, but also lets the eye zero in on the dual rear camera system. Of course, said panel is a fingerprint magnet, but when it comes to phones of this class, that’s a small price to pay for a flagship device. We will be posting a more in-depth review of the LG G6 soon so stay tuned!

The LG G6 is now available in the Philippines in Astro Black, Ice Platinum, and Mystique White retailing for P37,990. From April 17 to 30, 2017, buyers can avail of LG’s pre-order promo and enjoy exclusive freebies worth Php 8,990 (an LG G6 case and LG Tone Infinitum bundle) as well as a one-year extended warranty. For more details, visit lg.com/ph, like @LGMobilePH on Facebook and follow @LGPhilippines on Twitter and Instagram.