Wondering what an AI-powered smartphone means for your mobile phone? Wonder no more, as here’s five cool features of the Mate 10 series, Huawei’s revolutionary smartphone line that features AI technology. 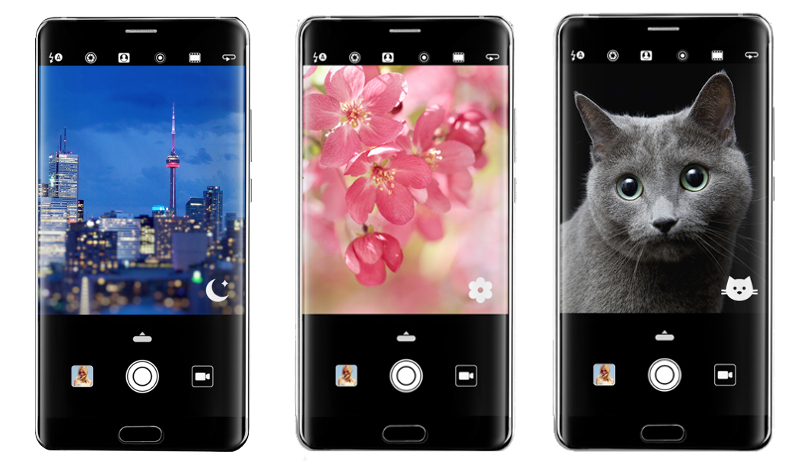 Mate 10 can free AI from the restraint of internet, enabling phones to recognize object locally, so when grapes, apples, croissant and other objects are placed in front of the camera, it is able to tell the name of the food and even calculate calories!

With built-in facial recognition technology, Mate 10 phones are able to detect human faces and features, and beautify the image automatically, alternating dynamic effects as fast as every 3 seconds. Even when a human face moves in front of the camera, AI beautification can still function precisely.

Mate 10 is also built with functions such as recognition of texts on objects, mood recognition, and intelligent auto reply. For instance, when entering the following text during chatting: “it’s payday today”, it will automatically display the emoji “XX”.

With its in-depth learning algorithm, Kirin 970 is capable of reducing noises and enhance vocal signals effectively. Success rate of its voice recognition amid vehicle noise has risen from 80% to 92%.

Currently, Mate 10 and Mate 10 Pro have been equipped with over 100 million pictures to be able to detect 13 scenes and objects intelligently. After having recognized scenes/objects inside the lens (such as a still flower or a running human), the system will adjust camera setting or conduct deburring automatically according to the property of the objects, and thus producing a picture that better fits the scene.

Globe also offers the Huawei Mate 10 with ThePLAN 1999 with P4,800 cash-out and the Mate 10 Pro at ThePLAN with P14,400 cash-out. Both plans include unlimited calls to Globe/TM, unlimited texts to all networks and various streaming subscription plans.