The January 15, 2019 update for NVIDIA’s Game Ready Driver is out and with it comes “G-Sync Compatible”. This patch lets users of non-G-Sync monitors to experience Variable Refresh Rate (VRR) without the need of an actual G-Sync-ready monitor.

In the recent past, NVIDIA’s G-Sync tech came in the form of a chip that was to be installed in gaming monitors manufacturers released. This split the market into “G-Sync” and “FreeSync” monitor segments. Both deliver VRR gaming experience, assuring consumers that the video cards (whatever brand) will output smooth viewing experience and reduce screen tearing and stutters despite varying refresh rates. Refresh rates in games can vary from scene to scene, and this introduces the possibility of screen lag, or stuttering, and even tearing. Both G-Sync and FreeSync have made VRR possible.

Back then, consumers needed to either have a G-Sync or FreeSync monitor, depending on what system they use (NVIDIA or AMD). Fans of both rallied in support of their “sync” version (with FreeSync monitors being generally cheaper because the software is royalty-free with no performance penalty), but the more budget-conscious gamers and builders really weren’t affected all that much, because these “sync” technologies were not really needed if you don’t 1) run a high-end graphics card, 2) really review monitors on a regular basis/as a job, and 3) have a high-end monitor with top-of-the-line specs. Most gamers fall into the more budget-conscious category, with the steady rise of PC parts and the continuous release of games, the budget has to be allocated carefully and with the goal of steady upgrades that won’t break the bank in mind. 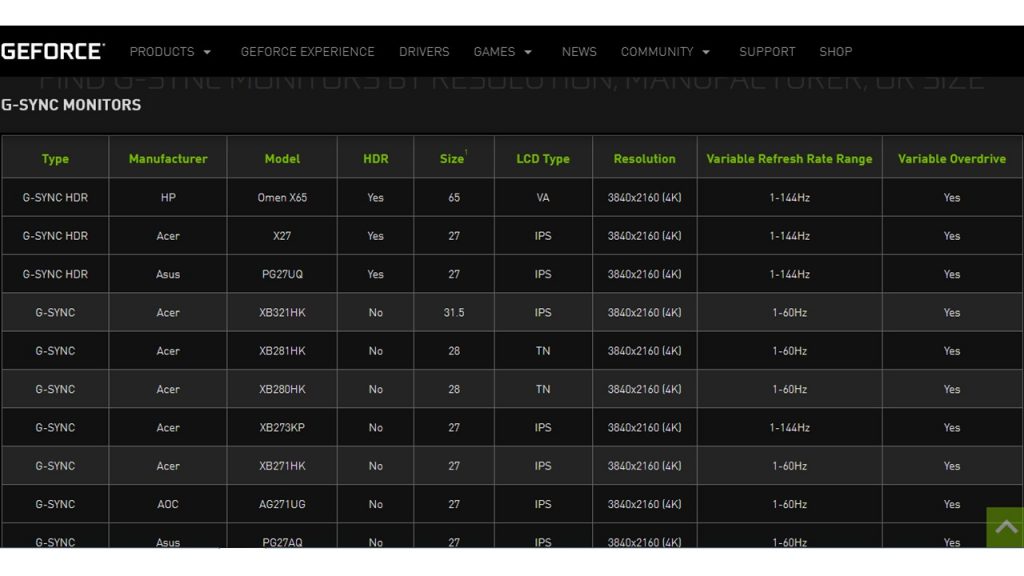 That said, the latest Game Ready driver update will now allow FreeSync-enabled monitors to avail of G-Sync’s technology. The process is going to be a little slow, but with the wide range of FreeSync-ready monitors out in the market, NVIDIA did a good move for the gaming community to have non-G-Sync users get a feel of their product, and maybe even convince them to make the switch.

Check out the list on NVIDIA’s website here. Did your monitor (or a monitor you’ve been eyeing to get) make it to the list? Do note that NVIDIA will be updating their list as they test more and more monitors.