horizon zero dawn4 playstation32 playstation 442 sony51 sony playstation 49
Sony has recently released the pre-order and release dates of the upcoming RPG, Horizon Zero Dawn, along with information on the different editions that...

The upcoming PS4 exclusive, Horizon: Zero Dawn, has an intriguing concept. It’s set in a post-apocalyptic land where robotic creatures roam the game’s open-world. It’s the first role-playing game by developer Guerilla Games, and is their first new IP since the Killzone series; it’s surely a title to watch out for. Now, Sony has released information on the game’s release and pre-order dates. 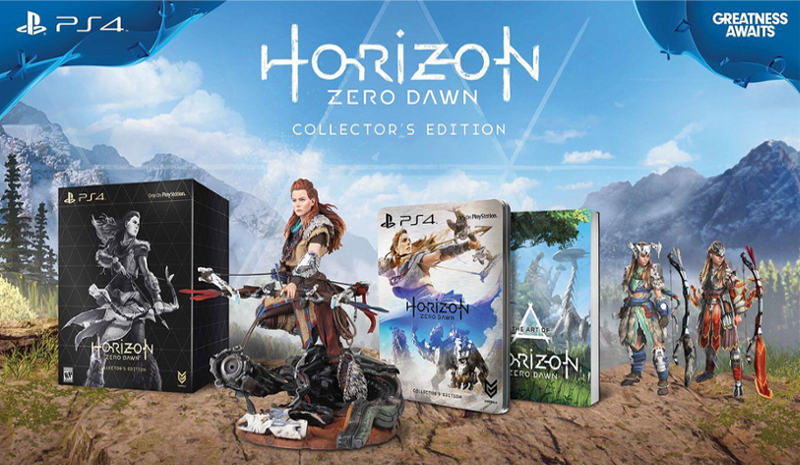 A 9” premium Aloy statue by Gentle Giant will be included in the Collector’s Edition; while both Limited Edition and Collector’s Edition are packaged in a collectible Steelbook case with exclusive artwork, a 48-page art book by Dark Horse and other premium items.

Pre-orders will start from 9th December, 2016 (Friday) and customers who pre-order any version of the game at PlayStation® Authorized Dealers will be given “Horizon Zero Dawn™” premiums while stocks last.