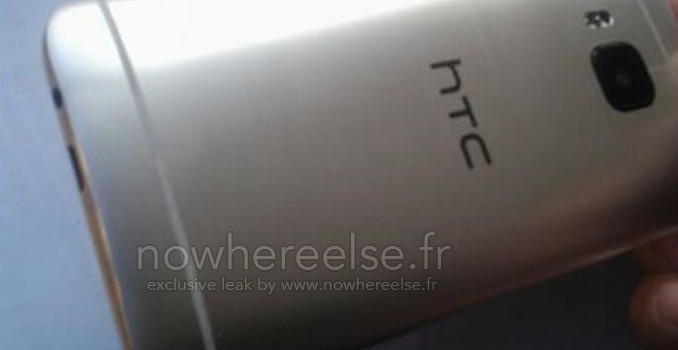 The Taiwanese brand is expected to officially unveil their newest smartphone come March, but we’ve found photos and rumored specs. Check them out after the cut.

A little over a month ahead of its official release, the new HTC flagship has had photos leaked online. The newest phone to take after the well-received One M8 is codenamed ‘Hima’, or popularly termed as the ‘One M9’.

Reported by nowhereelse, the M9 does take its style cues from the M8, with what looks like a metal unibody.Boom speakers adorn the top and bottom of the front, while the display looks like a 5-incher. At the back, the square camera is flanked with a dual LED flash and not much else. The M9 is rumored to have an 2GHz octa-core Qualcomm Snapdragon 810 processor, 3GB RAM and an Adreno 430 graphics chip. The display is said to have a 1920×1080 resolution for 440ppi. As for the rear camera, expect it to fall between the usual flagship affair of 13 to 20.7 megapixels. And while HTC has had a great 2014 run with their M8, it’s only just now that the brand will introduce a wearable to their product line-up. The new HTC smartwatch might be sporting Android Wear, and will tap into UnderArmour’s fitness software and we’re hoping for some sort of Sense UI in it as well.

We’ve been HTC fans since the Eclair and Froyo days, mostly due to the build quality and the Sense UI. Unfortunately, the brand couldn’t compete locally, especially with other brands offering something cheaper for local consumers. Here’s hoping that the upcoming flagship will be made available for interested consumers when it does come out.