Huawei has been in tech news a few months ago, but after several weeks of silence (locally), the tech giant has come out with a new midrange smartphone that checks a few firsts: it’s the first device with a pop-up selfie camera in its price range, and the first Huawei smartphone to depart from the gradient finish on its back panel. At less than Php 15,000, the Huawei Y9 Prime is currently the most affordable pop-up camera smartphone that doesn’t scrimp on features. 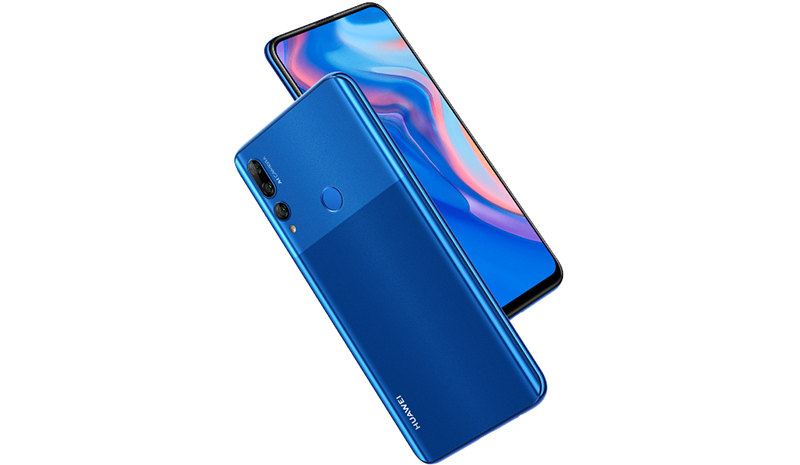 Let’s get the phone’s best feature out of the way: the pop-up selfie camera. At 16MP, the Y9 Prime’s front camera is no slouch, and can take both portrait and wide-angle shots for your selfies and groufies, no problem. A non-embedded camera also means the Y9 Prime has a full screen display, all 6.6 inches of it.The Y9 Prime’s pop-up camera comes with a safety feature as well: it detects when its in freefall, or when you drop it, so the camera automatically retracts to protect the internal mechanism that allows it to move up and down. 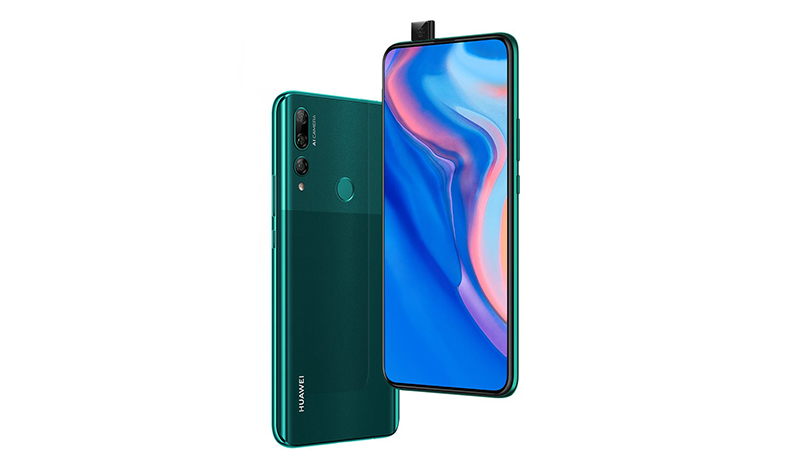 On the backside, it’s noticeable that the Y9 Prime not only has three cameras, but also a more muted color palette. The 16MP main camera and 8MP secondary camera utilize a 6P (six-lens plastic array) design, which helps capture crystal-clear images with a sterling level of the detail and powerful light intake, resulting in improved resolution and contrasts. The 2MP sensor coordinates with the primary camera to generate the depth of field in the photo, enabling SLR-quality images on a palm-sized budget handset.

Huawei was one of the brands that first introduced gradients as a way to add a burst of color for your smartphone, and with that, subtly telling you to use its pre-packed clear jelly case to show it off. Other smartphones have since followed suit, and now the market is awash in a rainbow of gradients. For the Y9 Prime, Huawei opted for a more straightforward, clearly distinct two-tone finish. We feel that it makes the phone look cleaner, larger, and more sophisticated.

Under the hood is a Kirin750 chipset paired with an octa-core processor, a Mali G51 MP4 graphics card, 4GB RAM, and a choice of either 64GB or 128GB storage capacity. It’s not a bad hardware package for its price point, but we think that the Kirin750 is on its last legs, and the Y9 Prime is probably the last smartphone from the Huawei stable that will have it as a chip. Nevertheless, the hardware in this phone is rock-solid, and will be more than adequate to handle daily smartphone demands with a bit of gaming and movie-watching for a decent number of hours (we’re looking at you, traffic-filled commute to and from work).

Finally, the 4,000mAh battery pack and Type-C port round out the value features of the Y9 Prime. The 4,000mAh capacity has been a mainstay in entry-level to midrange smartphones since early 2019 and has always been top of mind when consumers are asked to rank phone features in terms of what they really need. A Type-C port sweetens the whole deal, allowing faster charging and also faster data transfers, allowing you to do photo dumps onto your laptop of PC with less time waiting.

The Huawei Y9 Prime 2019 retails at PHP 12,990 and comes with three colors: Midnight Black, Sapphire Blue and Emerald Green and will be available at Huawei Experience Stores and partner retailers nationwide. Pre-order starts on July 5 – July 12 and consumers who pre-order will get a premium Bluetooth speaker worth PHP 1,790.