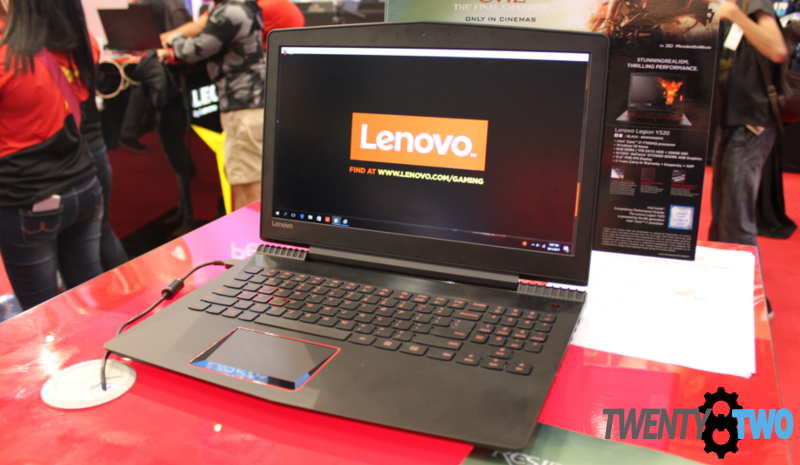 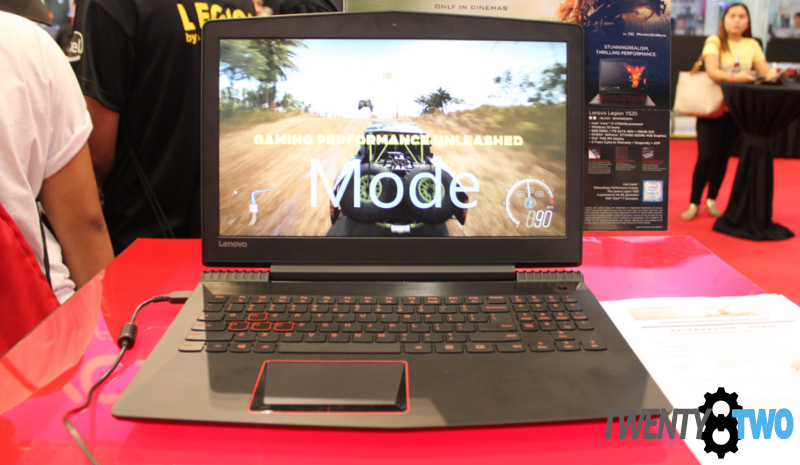 Audio-wise, the Y520 is equipped with Harman-certified speakers, and has Dolby Premium installed. Another software feature of the Y520 is Nerve Sense, where one can adjust certain settings such as keyboard lighting, disable touchpad/keys, and control sound settings.

Lenovo’s VR-ready Ideapad Y910 meanwhile, is far from entry-level. It has up to an NVIDIA GeForce GTX 1080 GPU, and a 6th gen Intel Core i7 CPU. It packs in up to 64GB of DDR4 memory, and has a 1TB HDD + 512GB SSD for storage. It’s also bigger than the Y520, as it has a 17.3” FHD IPS display; and it has a mechanical keyboard with RGB backlighting. We do suspect that it’s not wholly mechanical like full-size keyboards; nonetheless, it offers a nice tactile feel that’s great for typing and gaming. 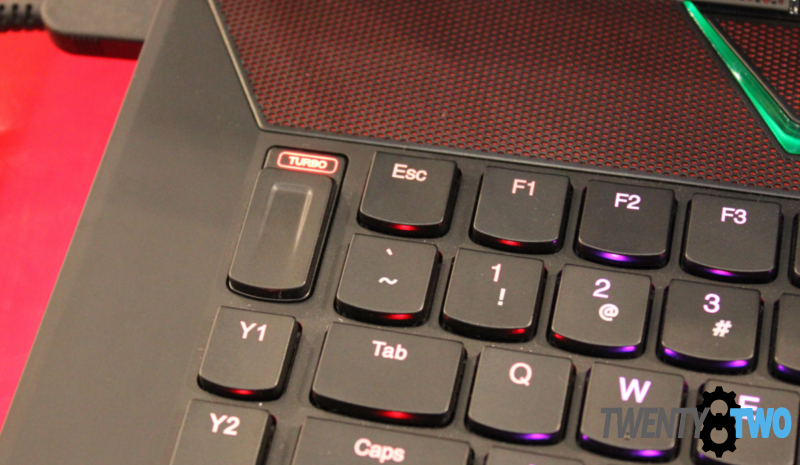 The coolest feature of the Y910 though, is the one touch One Key Turbo toggle, which effectively overclocks the CPU with just one click. Though it remains to be seen how much improvement the One Key Turbo will bring performance-wise. 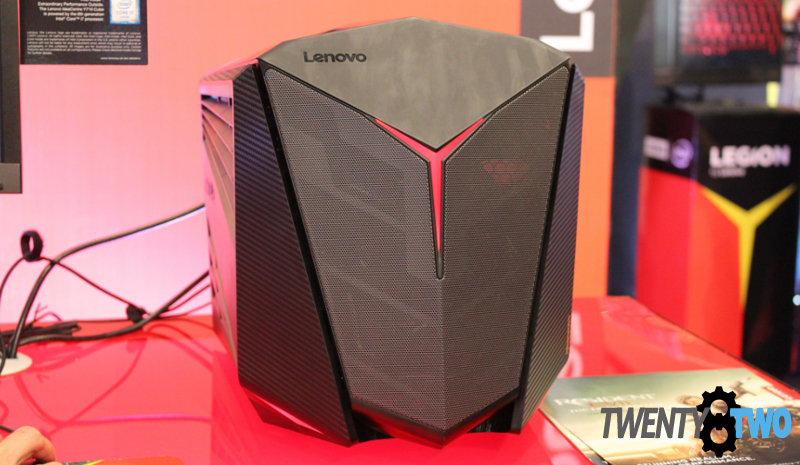 The third product revealed, the IdeaCentre Y710 Cube, is a VR-ready gaming PC that’s rather compact for a gaming tower. It has a 6th gen Intel Core i7 processor, up to an NVIDIA GeForce GTX 1080, up to 16GB of DDR4 memory, and a 1TB HDD + 128GB SSD for storage. 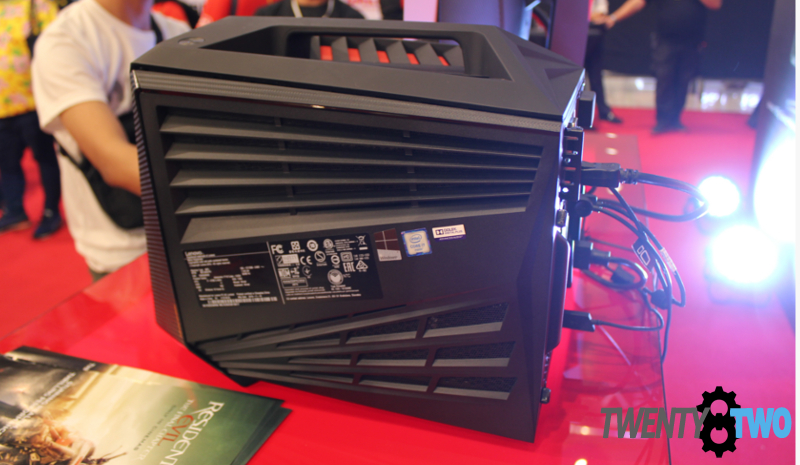 Built as a semi-portable, the Y710 Cube has a built-in carrying handle, and weighs only 7.4kg. The tower itself is quite compact, as it’s 15.48 inches long, the approximate size of a standard laptop. 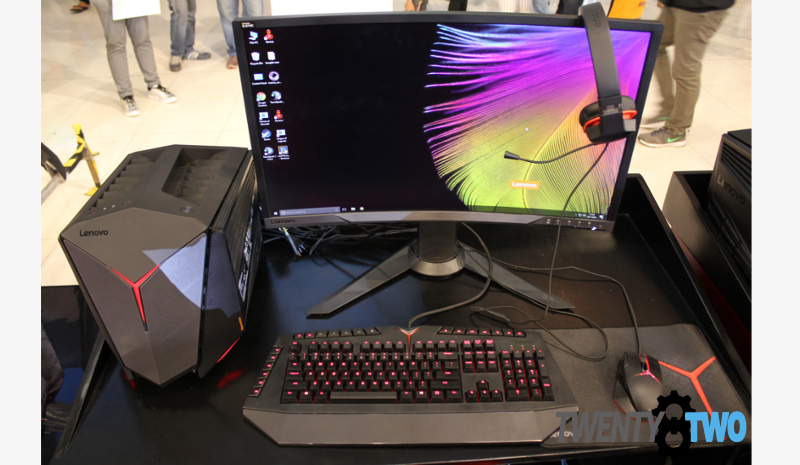 Complementing the Legion lineup are the Legion-branded gaming peripherals, along with Lenovo’s curved display. The Y27g monitor is a 1080p 27” curved display, that features NVIDIA’s G-SYNC technology, as well as having a 144Hz refresh rate. The gaming peripherals meanwhile, include a mechanical keyboard, gaming mouse, headphones, and a laptop bag that comes free with the purchase of a Y520.

The IdeaCentre Y710 Cube is now available at Lenovo retail stores, with a starting price of PHP 81,990; the currently available Cube has a GTX 1070 GPU, and has no included monitor and peripherals at the given price. 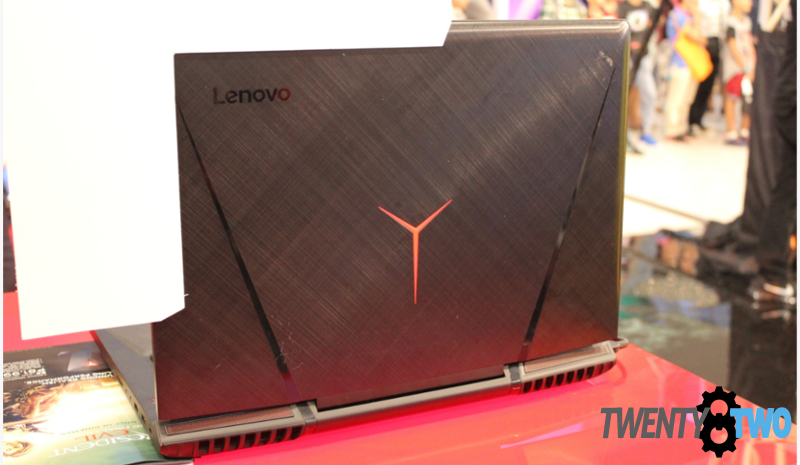