MPGL all set to make its comeback this June

mineski7 mineski pro gaming league1 mpgl1
After over a year of hiatus, one of Dota’s oldest and most storied leagues is ready to take over the region once more. MET...

After over a year of hiatus, one of Dota’s oldest and most storied leagues is ready to take over the region once more. MET is pleased to announce the return of its flagship league, the MPGL.

Founded in 2010, the MPGL was conceived in order to prepare Filipino players for the world stage. With its success in doing so, it has been expanded to take a larger role in Southeast Asian Esports in 2014, culminating in the 2016 SEA Championships.

But now, it’s become even bigger than before, with eleven countries taking part in the latest chapter of the MPGL.

For the past few months, we and our local partners have been organizing and running National Leagues, to find the most promising Dota players their country has to offer, those with the to be the next generation of superstars, if you will.

Indonesia (IPGL) and Malaysia (MESL) were the first to launch their National Leagues, while Thailand (TEPL), and Vietnam (VPGL), were quick to follow. This weekend will see the conclusion of the Philippines’ PPGL, with India, Australia, Cambodia, Singapore, Myanmar, and Laos all set to unveil their own gauntlets in the following weekends.

The winners of all these National Leagues move on to the regular season of MPGL Asian Championship this June, with the top three teams moving on to the Grand Finals, to be held in Thailand later this year. 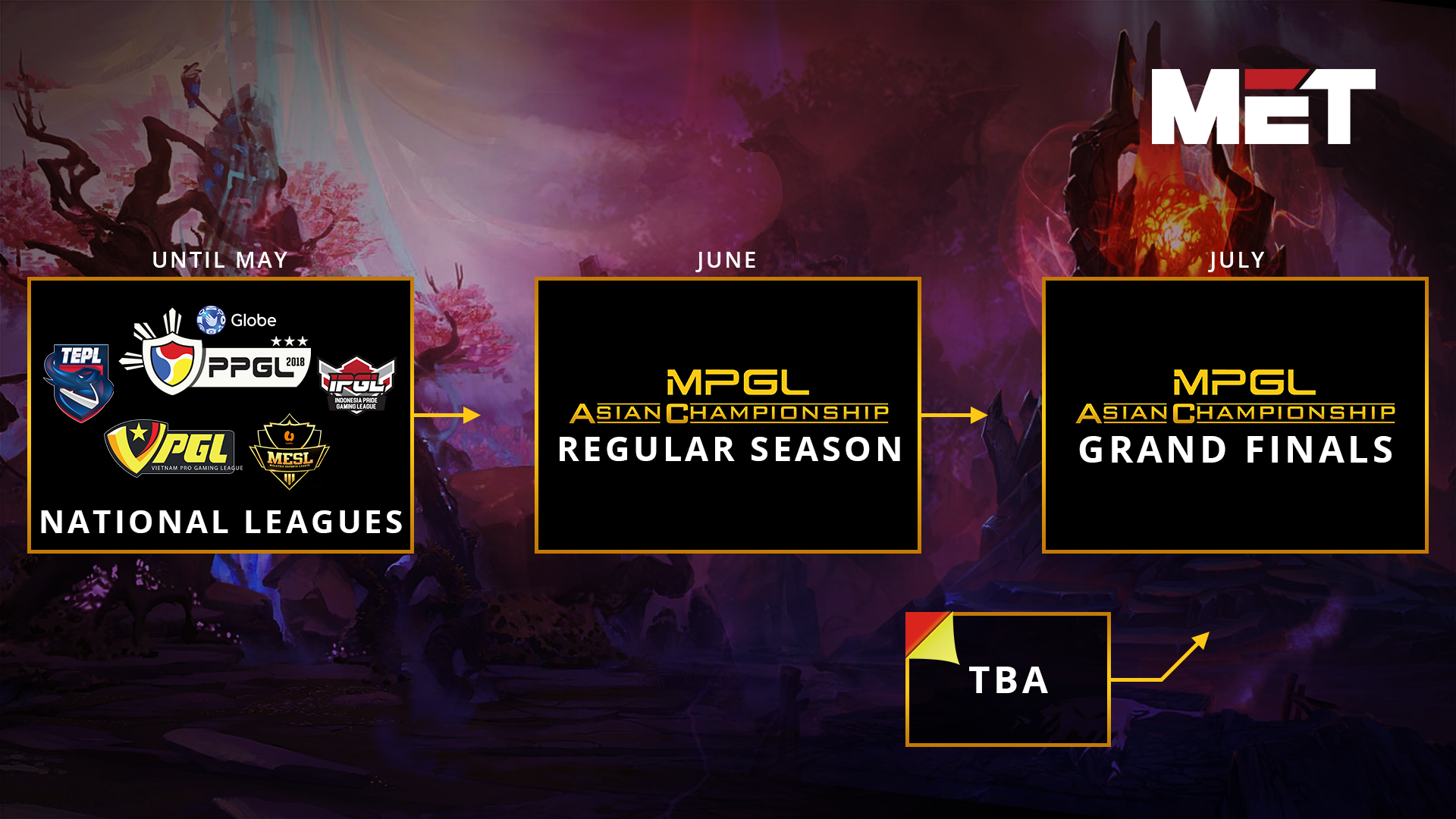 “As the competitive Dota scene continues to evolve around Valve’s Pro Circuit, it has been necessary for MET to recalibrate the MPGL to make sure it remains relevant to our community here in Southeast Asia.

“This new MPGL is designed to do just that, with our focus now in enabling players here in Asia to better compete with what the rest of the world has to offer through a program designed to consistently and continuously facilitate their growth as players, from the local qualifiers, to the National Leagues, all the way up to the MPGL Asia Championship”