Ball is life? Well if it is for you then 2K has good news for you! There’s an upcoming NBA 2K18 Asia Tournament that will be held between October to December 2017. 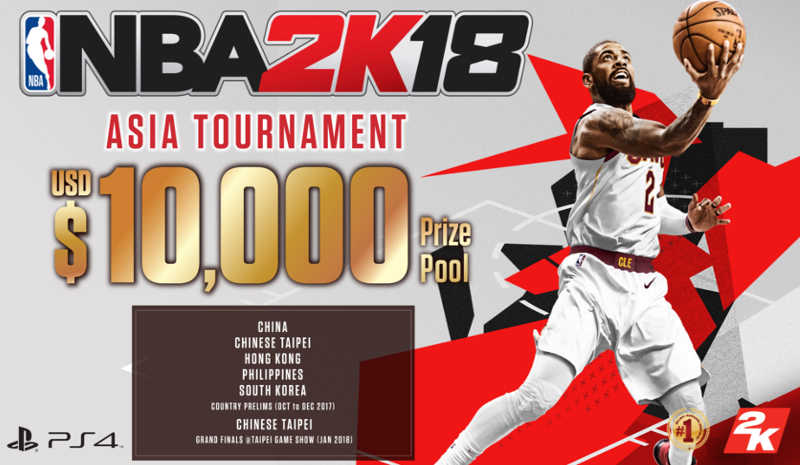 The NBA 2K18 Asia Tournament will be played exclusively on PlayStation®4 and features a prize pool of US$10,000. The champion will walk away with $6,000, while the first runner up will receive $2,500, second runner up receiving $1,000 and the third runner up receiving $500. Participants who enter must be above 18 years old and have a valid passport for travel.

The NBA 2K18 Standard Edition will be available in the Philippines on PlayStation®4 system and PlayStation®3 computer entertainment system, Xbox One and Xbox 360, and Windows PC platforms on September 19, 2017.

The NBA 2K18 Legend Edition and Legend Edition Gold in the Philippines will be available on both digital and physical formats for PlayStation®4 computer entertainment system, and Xbox One.