OPPO launches the F3 Plus, its dual selfie camera Flagship

OPPO’s smartphones have always had great selfie shooters, from their lower-end models to their previous flagship F1s (their flagship in the country at least). Now though, OPPO has released a more actual flagship phone in their new F3 Plus at City of Dreams last March 23. 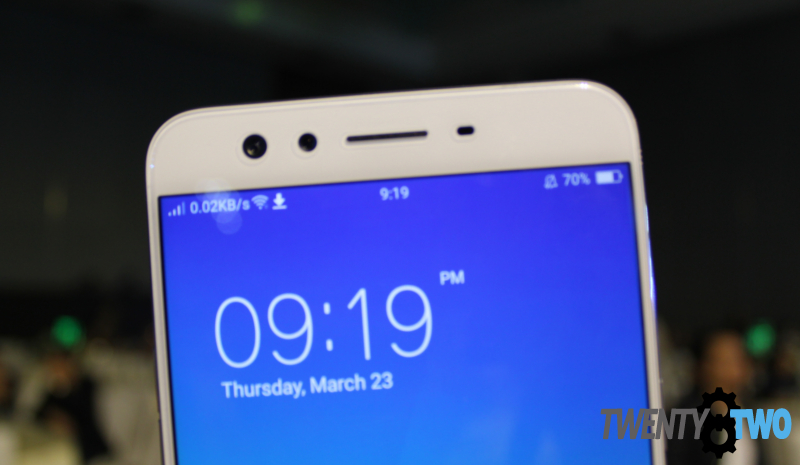 The OPPO F3 Plus joins the dual-camera trend, but instead puts the dual cameras at the front instead of the back. For selfies, the F3 Plus has a 16 megapixel plus an 8 megapixel 120-degree wide-angle lens, which means more people can fit in a shot for perfect ‘groufies’. The front camera setup also makes for great low-light shots, along with giving a depth-of-field aesthetic. 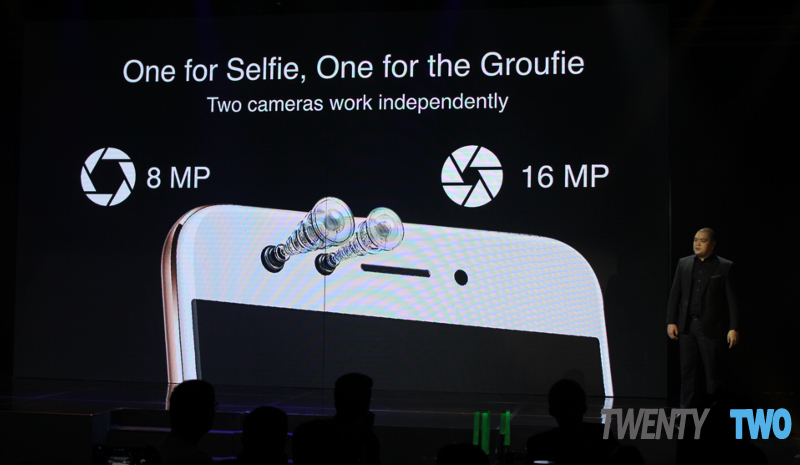 And since the F3 Plus is an OPPO phone, Beautify 4.0 is included for prettier shots. The F3 Plus also features built-in Smart Facial Recognition, which notifies users to switch to “groufie” mode when three people are detected in the shot, among others. 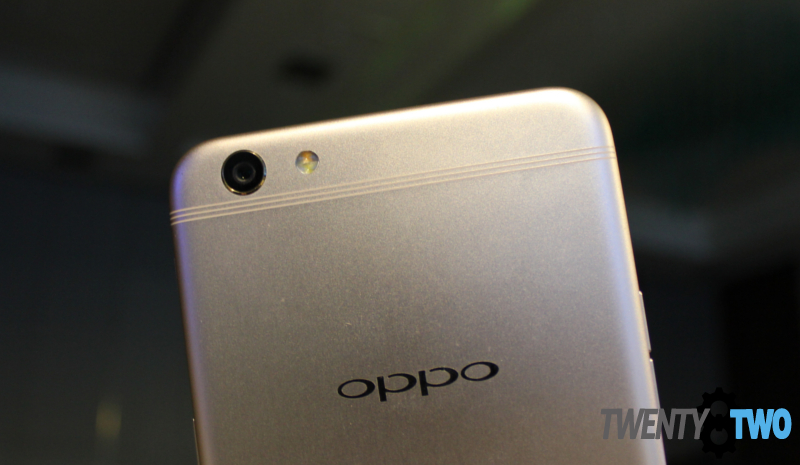 The F3 Plus’ rear camera is no slouch though, even if it doesn’t have dual cameras. The 16 megapixel rear shooter is co-developed by Sony has dual phase autofocus (DUAL PDAF), which means better pictures in less-than-ideal lighting conditions. 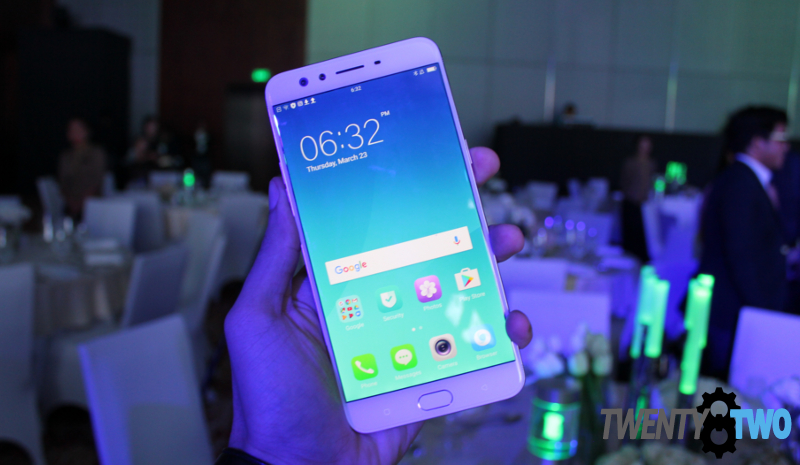 OPPO’s F3 Plus is powered by Qualcomm’s Snapdragon 653, and has 4GB of RAM and 64GB of internal storage. While it does have ColorOS 3.0, OPPO thankfully went with Android 6.0 (here’s hoping for a Nougat update soon). Lastly, the F3 Plus has a large 4000mAh battery, meaning the phone should last throughout the day easily. 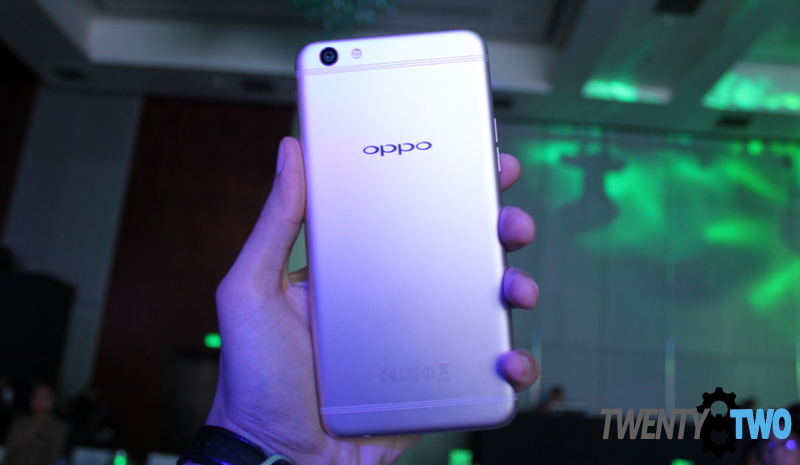 Looks-wise, the F3 Plus has the usual OPPO stylings; which looks rather premium in our opinion. It comes in two colors, namely black and gold. And the phone’s screen is protected by Corning’s Gorilla Glass 5.

Here are the full specs for the OPPO F3 Plus: 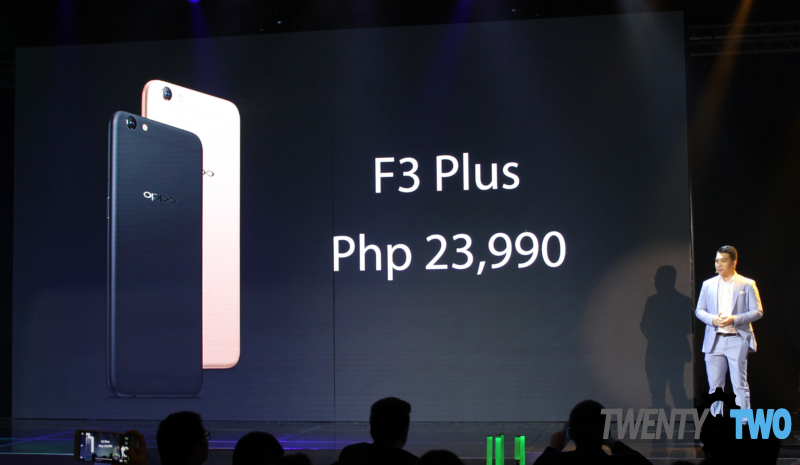 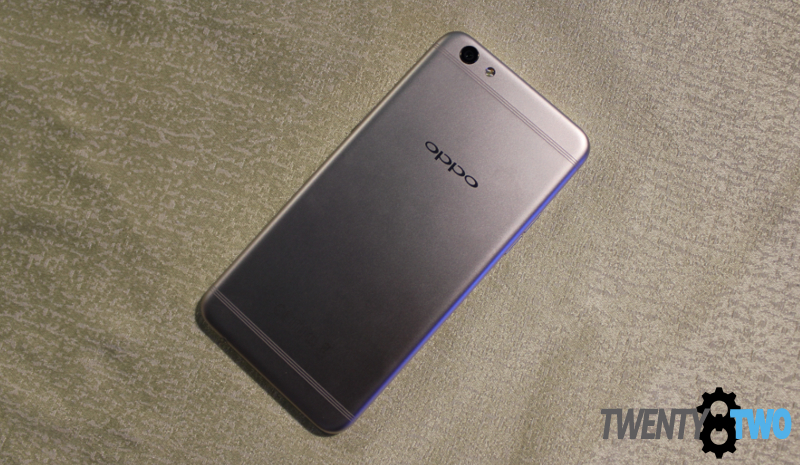