If you’re still not over the Avengers: Endgame hype, then the Oppo F11 Avengers Limited Edition is a must-get smartphone.

The OPPO F11 Pro Avengers Limited Edition comes in a unique design called Space Blue. The back cover features the iconic “A” logo on blue background in OPPO’s signature gradient effects to form the attractive red-blue color-blocking. A customized wallpaper featuring the Avengers logo completes the look. It also comes with a Captain America-themed case with a central-located finger ring, inspired by Captain America’s iconic shield. 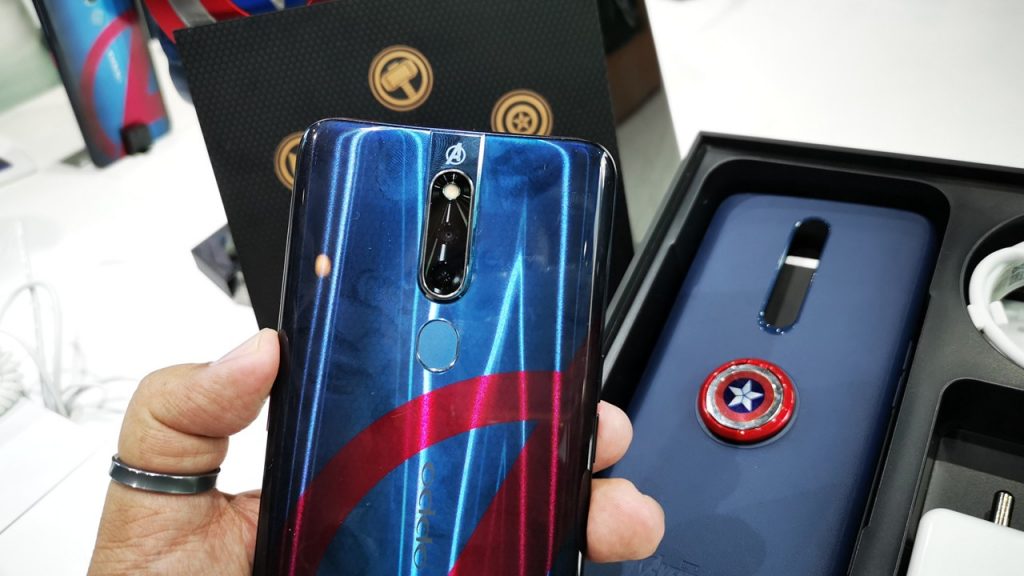 All in all, with the OPPO F11 Pro Avengers Limited Edition, both the appearance and the function can be considered to be the perfect companion for Marvel Studios’ Avengers: Endgame fans. The OPPO F11 Pro Avengers Limited Edition smartphone is priced at P19,990 and Filipino Marvel fans can pre-order their own unit starting April 26 in selected OPPO concept stores and Lazada. It will officially be available on Lazada and in 10 concept stores in Manila on May 4, and will arrive in Luzon, Davao, and Cebu later.