chinese new year event2 desktop games48 first person shooter13 fps29 games242 gaming286 in game event2 overwatch33
Blizzard and Overwatch have teased their first event for 2017: a celebration of the Year of the Rooster!

The world of Overwatch will be getting the first event update of 2017 with their Year of the Rooster event starting January 25. Blizzard USA and Korea have tweeted separate videos about the event:

The video already shows climatologist Mei in her CNY skin, while Korea will also join in the festivities with a cute hanbok for eSports athlete Hana “D.Va” Song and a skin for her mech. 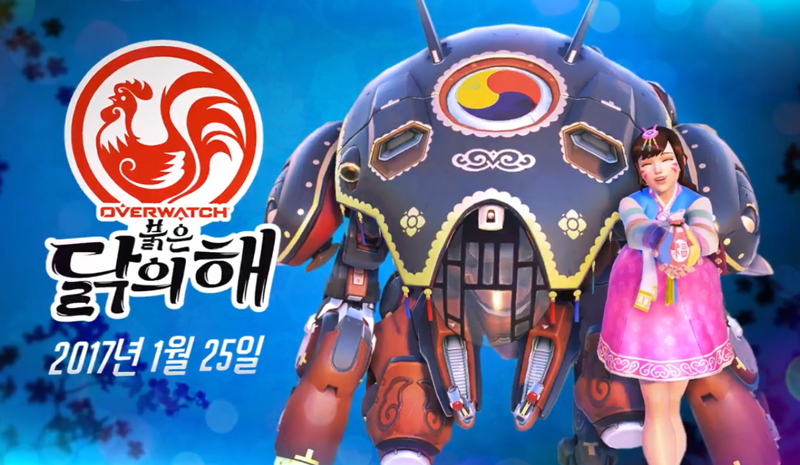 Expect Epic and Legendary skins for most of the cast, as well as sprays, voice lines, highlight intros, and player icons to be available in special CNY-themed lootboxes come January 25 when the game updates for the event.