The Finals with 36 Teams coming from around the Globe will partake in the highest prize pool of $5.5 million across multiple titles. 6 Teams from the Americas, 11 Teams from Europe, 13 Teams from the Asia Pacific, 2 Teams from Africa and 4 Invited Teams will try to prove their worth and claim supremacy. Alongside the main competition 8, all female teams will also be participating at the final event. The all-female teams are from the Americas and Europe with both 2 Teams and the Asia Pacific with 4 Teams.

As the live streaming giant continues to provide quality and exciting content to its followers, Nimo TV tapped Project Lupon headed by Nico Nazario or KuyaNic to broadcast the said tournament from March 7 – 11 from 11 AM onwards. 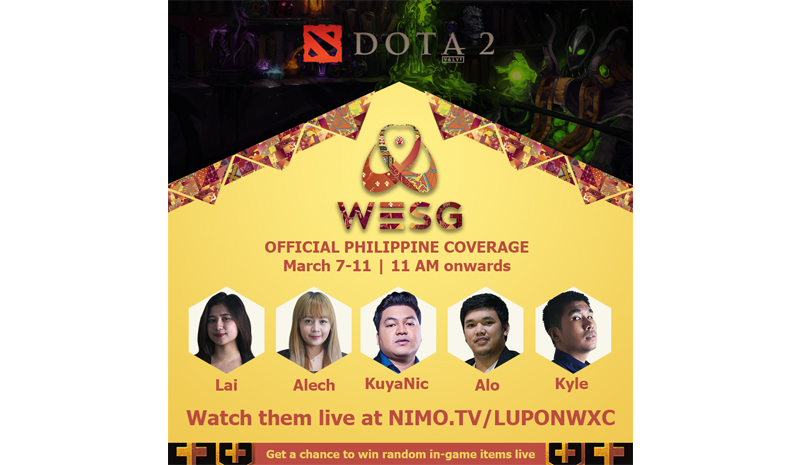 Dota 2 fans should be excited to hear KuyaNic, Alo, Kyle, Alech and Lai as they provide a blow-by-blow update of the tournament. 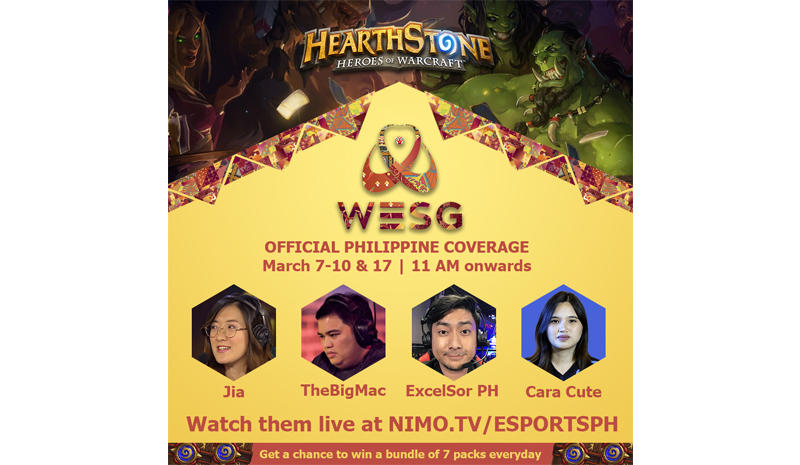 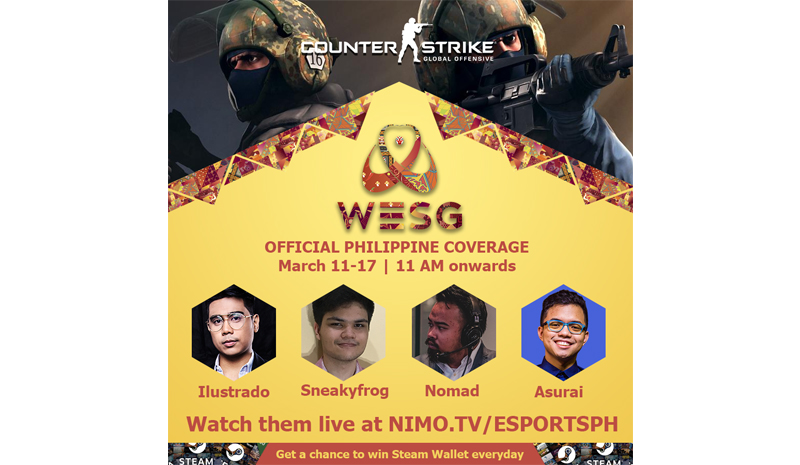 Ilustrado, Sneakyfrog, Nomad, and Asurai will join its Counterstrike fans in discovering the next global champion.

The all-star broadcasting teams are excited to comment and give their analysis of the WESG 2019 matches and will also throw in some in-game items, steam wallets and a bundle of 7 packs daily.