console games58 console gaming5 games242 gaming287 playstation32 ps458 sony playstation22 video games43
It’s a great time to be a console gamer, as the PS4 continued to be a dominant force in the console market, closing the...

It’s a great time to be a console gamer, as the PS4 continued to be a dominant force in the console market, closing the year on high performance numbers. As of December 31, 2018, the PS4 has sold more than 91.6 million units worldwide, with 5.6 million units of those being sold during the 2018 holiday season alone.

As for PS4 games, Sony Interactive Entertainment released a report that more than 50.7 million PS4 games were sold globally during the holiday season, which bumps up the number of games sold all in all to 876 million since the console’s launch a few years ago. Of the games, Marvel’s Spider-Man closed the year with 9 million copies sold worldwide. 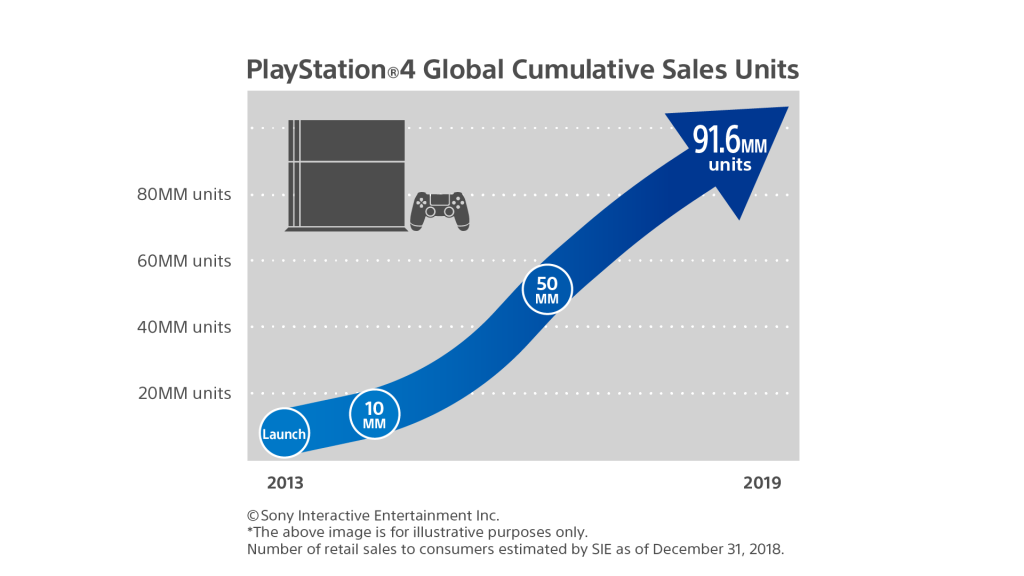 The Philippines is PlayStation country, with the number of PS4 consoles easily outnumbering its competitors in terms of ownership. With the impressive numbers just from last year’s holiday season and cumulative sales of units and games, the PS4 continues to be the go-to console of choice for many gamers. It’s also no surprise as the Philippines has always been a fan of Sony products, whether it be home entertainment systems or consoles. The good relationship is owed to the fact that Sony has been a long-time product and has built a good reputation in the country since the 80s.

For gamers, the PlayStation was a giant leap in terms of home gaming, and naturally drew a solid following. Despite the strong and solid foothold the PC gaming industry has among fans, a PlayStation console is still a must-have or something to aspire to own, as many of today’s gamers grew up on this console brand.

“Thanks to the continued support from our fans during the holiday season, we are pleased to announce that PS4 has reached 91.6 million units globally. We are also happy to announce that the monthly active users of PlayStation Network continues to show strong growth, and has surpassed 90 million as of end of November 2018,” said John Kodera, President and CEO of Sony Interactive Entertainment. “I would like to express my deepest gratitude to our passionate community around the globe, and our partners, for helping us achieve these milestones. This year, we will bring more enhanced experiences to our fans along with a highly anticipated lineup of games that are only possible on PS4. As we look toward the next PS4 milestone, SIE will continue to evolve, and we will further expand the platform to deliver the best interactive entertainment experiences to the world.”