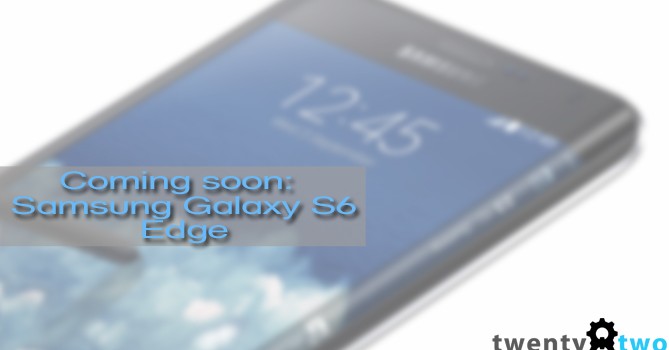 Samsung is making a Galaxy S6 with curved edges

The Korean tech giant’s next flagship smartphone may come with more than one display panel.

There has been talk of the Samsung Galaxy Note Edge, an experiment from the brand to have phones with curved displays. The Note Edge has the regular smartphone display extending and cuving to the side. It makes the display look like its bleeding off of one side, which incidentally, can have a few app icons that pop out their notifications on the main screen. Samsung put out a working unit just to see if it can, and it worked.

Now, SamMobile has reported that the Note Edge will not be the last we’ve heard of a curved display Samsung smartphone. The brand is in development of a Samsung Galaxy S6 Edge, a variant of its upcoming flagship. The S6 Edge is reported to have two edge displays, one on each side of the phone’s main display. The edge sceens will be programmable depending on your dominant hand, and will have something called Glance Lighting, which lights up the edge for notifications when the phone is turned over or you have incoming calls. That’s a pretty nifty feature and does remove the need for a vibrate function during meetings. Simply program which edge the phone will light up for notifications and have that edge face you during important function, reducing the disturbance for your officemates and the irritating sound of a phone vibrating off a table.

Apps on the curved edges of the Galaxy S6 Edge will be the same as those found in the Note Edge. Of course, there might be ways to customize the apps you want on the edges, including news and sports results, weather reports, important contacts, and maybe even social media notifications. Let’s hope that this phone does not meet production resistance to reduce delays, and that it does keep the ‘Galaxy S6 Edge’ moniker.

With reports from BGR and SamMobile