After months of speculation and leaked renders, Korean tech giant Samsung has officially announced the newest generation Galaxy smartphones, along with a new take on their foldable device. The Galaxy S20 series introduces a brand-new camera architecture that combines AI with Samsung’s largest image sensor yet for stunning image quality with the S20 Ultra boasting a massive 108MP rear camera.  The new phones start their display size at 6.2 inches for the S20.

Cameras aside, the S20 series also boasts 5G connectivity, though the models arriving in the Philippines won’t have this feature until local telcos finish rolling out the infrastructure needed to support 5G. The new devices also sport 8K recording and 120 Hz display across the board, two features that will be very appealing to content creators and gamers. Samsung has announced that Forza Street will be available on the Galaxy Store soon, so gamers can have the full experience of the S20 series’ gaming-grade hardware and see the difference.

Here are the side-by-side specs of the S20 series. 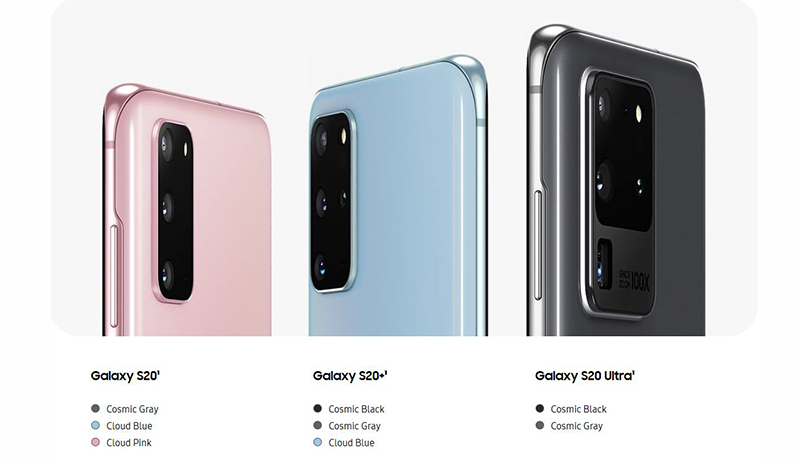 Galaxy S20 series is available for pre-order from February 12 to 25, 2020. If you pre-order the Galaxy S20+ and Galaxy S20 Ultra, you will also receive a pair Galaxy Buds+. Check out your nearest Samsung store to get more details.