Just a few hours ago, Samsung took off the hood on the latest Galaxy Note series flagship: the Note9. Yes, the S Pen is part of the package, a feature Note users have grown to love and appreciate for its sheer versatility when handling the device.

Before we jump in, here are the specs: 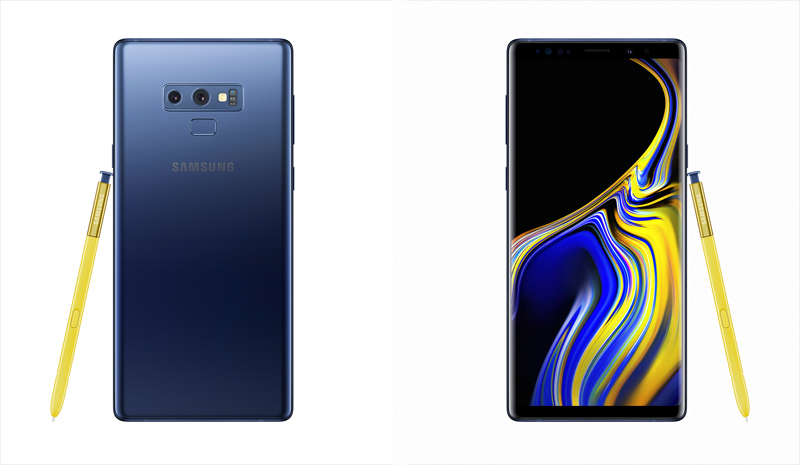 The Note9 is a beastly phone and rightfully so, as the Korean tech giant is all about going all in when it comes to their flagships. It’s S Pen now has Bluetooth connectivity, allowing you to interact with your phone from as far as 10 meters. You can now conduct presentations (if the phone is connected to a projector), browse photos, and activate applications on the phone with just a few clicks – all without you being physically holding the device. The S Pen is instantly paired with the Note9, and can last about 200 clicks. If you think this is a little low, don’t worry as the pen automatically charges when sheathed inside the Note9.

With a 4,000mAh power capacity, the Note9 is perfect for people who need to do their daily work tasks and have enough power for personal use. The latest and best hardware is crammed into the device for blazing fast application boot and transition times. While most flagships have a stock storage capacity of 64GB, the Note9 starts off at 128GB AND can be expanded up to 512GB.

When it comes to imaging capabilities, Samsung is at the top and it shows in the Note9. The intelligent camera of the Galaxy Note9 outsmarts the human eye by capturing Super Slow-Mo videos at 960 frames per second, which is four times slower than normal slow motion. The 12MP wide + 12MP telephoto lenses may be a little low compared to other flagships, but when paired with Samsung’s software imaging capabilities, the discrepancy is easily made up for, delivering great photos in low light conditions.

Of course, a Samsung flagship won’t be anything without the massive display. The Note9 sports a 6.4-inch Super AMOLED Infinity Display that tech enthusiasts have grown to recognize as one of the trademarks of the brand. The best part of the Samsung Galaxy Note9? It has NO NOTCH.

Pre-order the Samsung Galaxy Note9 from August 11-19, 2018 to enjoy exclusive freebies worth up to P17,800. Those interested in Note9 with 512GB storage will receive a free 2018 Samsung 32” Smart HD TV with a 2-year warranty. Note enthusiasts may also choose from several Samsung products like the Gear Fit2 Pro, Gear IconX or Galaxy Tab A 7” when they pre-order the 128GB variant. You can pre-order here.