FromSoftware, famous (or infamous) for their “Souls” games (Demon’s Souls, Dark Souls, Bloodborne), has a new IP that’s been making the rounds. Sekiro: Shadows Die Twice, is the latest title from the studio, offering a visual departure from the company’s more traditional art style while also putting in a few twists to game mechanics that offer a fresh experience for fans of their work. The game will be released worldwide on March 22, 2019. 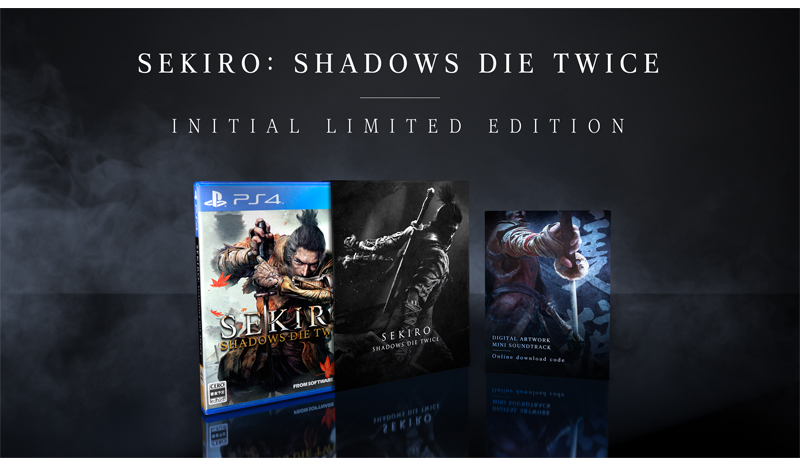 Aside from the March 22, 2019 release, the game will also be offered in several versions. Pre-ordering the digital and/or physical  versions come with additional artwork and the soundtrack to the game.

The Collector’s Edition comes with a host of goodies: and 18CM statue of Sekiro, an art book, a map of the game, a steelbook, replica game coins, and the digital version of the soundtrack. Pre-orders are available starting now or when local game stores start their promotion, up until March 21, 2019.

The game follows the quest of the titular shinobi, Sekiro, throughout the lands of a reimagined Sengoku-era Japan, as he finds and retrieves his kidnapped lord. To make the game more interesting, Sekiro’s arm is severed and is left for dead, but a busshi (a sculptor), saves him and grafts a mechanical arm which gives him the ability to upgrade it with gadgets. From here on out, it’s Sekiro versus a horde of warriors, each with attack patterns players have to memorize and avoid in order to achieve victory and advance the game.

Aside from an increased difficulty level, the game features a unique twist to the old hack and slash fare by way of combat: players will need to attack an enemy’s poise and balance instead, which will then give an opening for a killing blow. Fans of the company’s Souls series will find probably find this mechanic interesting enough to work with, while opening up strategies for combat. Because Sekiro is a shinobi rather than a samurai, stealth elements were also worked into the game and can be freely utilized when opportunities present themselves.

The physical and digital standard editions of Sekiro: Shadows Die Twice retail for P2,799 while the Collector’s Edition will go on sale for P6,199.