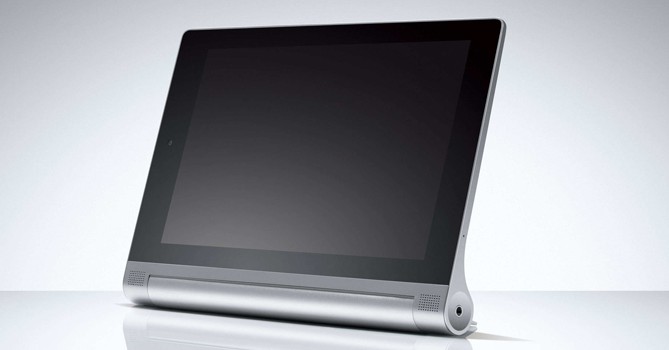 Lenovo’s new line of tablets are perfect for people who want to make the most out of their devices in any configuration.

As Christmas draws ever closer, more brands are coming out with products that compete with your hard-earned paycheck. Lenovo brings out their potential stocking stuffer in the form of three new tablets from their Yoga line. Like the name suggests, these tablets are very flexible and have different modes. You can hold it in your hand, you can tilt it when watching movies, you can make it stand, and you can now hang it on just about any flat, vertical surface. The Hang feature is convenient when doing school projects while watching demos, or if you’re cooking and following along the video recipe.

What’s great about the Yoga tablet series is that it’s made with space in mind. The tablets are slim and light, and certainly don’t take up much space, even with the biggest variants. If you’re looking for an ultra-portable workstation for a small office space or a dorm, then Lenovo’s tablets should be part of your devices to consider. Yoga Tablet 2
The Tablet 2 is a sleek device that continues the aesthetics of its predecessors. It sports an Intel Atom processor running KitKat 4.4. The device has two variants, the 8 inch and 10 inch. The 8 inch Yoga Tablet 2 comes with LTE and phone functions, best used with a Bluetooth headset, while the 10 inch version comes with both LTE and WiFi connectivity for added flexibility. Check out the specs: Yoga Tablet 2 Pro
The big brother of the Tablet 2 offers a few new things to the table, notably a large power source, JBL speakers, and a built-in Pico projector. You read that right, there’s a small projector in the Tablet 2 Pro, allowing you to directly show your presentation on a wall or projection screen. It works for just about anything you want, and in a pinch, acts as a bigger flashlight. Bottom line, with the Tablet 2 Pro, you’ll never have any problems reserving or fiddling with the office projector again. Check out the other specs:

The Yoga Tablet 2 line gets our personal vote for personal stocking stuffer! If you’ve been extra nice this year, then any of the tablets here will definitely be a great reward to close out 2014.