Smartphones geared for selfies are all the rage right now, with a lot of manufacturers releasing devices with front-facing cameras that are even bigger in megapixel count than the rear camera. Most phone brands also have selfie-centric phones that have two shooters at the front instead of at the back. ASUS was one of the first smartphone manufacturers to introduce a selfie phone back in 2015, which was the Zenfone 2 era. What does ASUS do to weigh in on the present competitive selfie smartphone market? Release the Zenfone 4 Selfie and Selfie Pro.

Check out the specs of the ASUS Zenfone 4 Selfie: 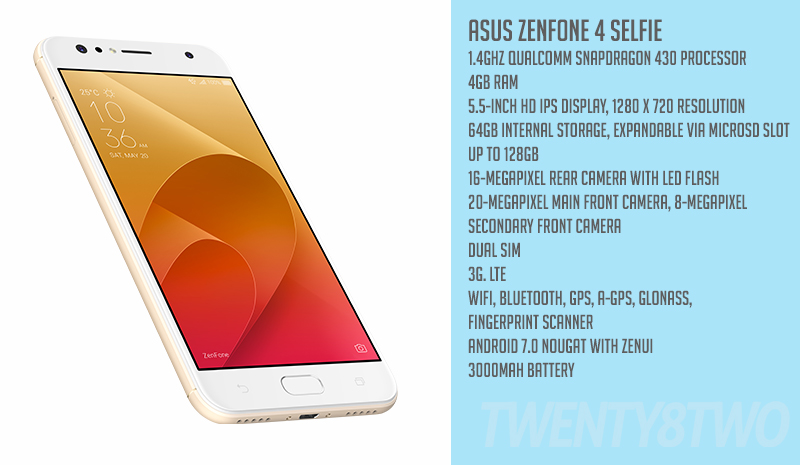 Here are the specs of the ASUS Zenfone 4 Selfie Pro: 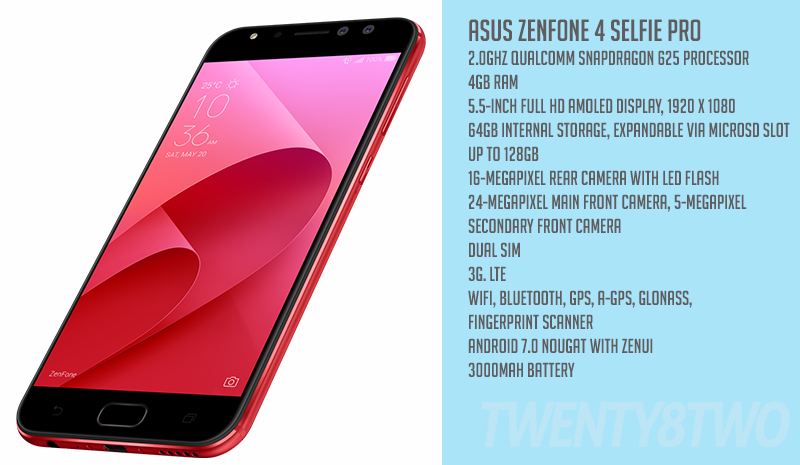 The phone doesn’t skirt around its promise of a selfie-centric device. The 2017 Selfie has two front cameras – the main camera is a 20MP shooter coupled with an 8MP 120-degree side angle lens for turning your selfies into “wefies” or groufies. The ASUS SelfieMaster beautification software is also baked into the device to take better snaps or even when streaming on social media. The 5.5 inch IPS display makes the phone comfortable enough in the hand, an essential feature when taking snaps. Too big of a screen and you run the risk of dropping your phone and too small will be difficult to look at when the gang’s all crowing for the shot. A Snapdragon 430 processor paired with 4GB RAM makes the phone snappy when turning on the cameras, but don’t get your hopes up playing too many high-requirement games on it. The phone is powered by a 3,000mAh battery pack – a standard in many smartphones today. 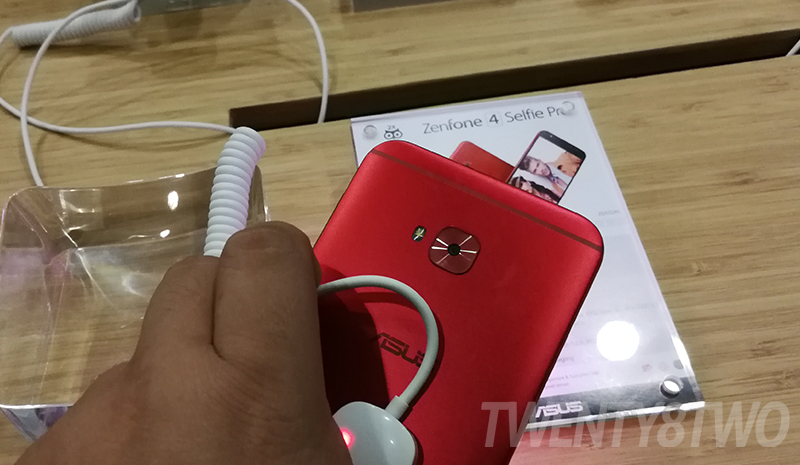 The Zenfone 4 Selfie Pro bulks up on the specs compared to its little sibling, which translates to more things you can do with it other than taking selfies. The front cameras consist of a 24MP F/1.8 Sony IMX 362 Duopixel lens and the 8MP 120 degree wide angle to enable the Selfie Pro to take photos with up to twice the light sensitivity, which makes it perfect for capturing moments indoors with little ambient lighting. The Pro version of the device sports a unimetal body unlike the Selfie’s plastic body, giving it a sleeker and sturdier look. Powering the phone is a Snapdragon 625 processor comboed with 4GB RAM for quick response times. Both the Selfie and Selfie Pro come with the latest Android 7.0 Nougat and ZenUI 4. Finally, the Zenfone 4 Selfie boasts a 5.5 inch full HD AMOLED display at 1920×1080 resolution from crisp viewing that’s very easy on the eyes. 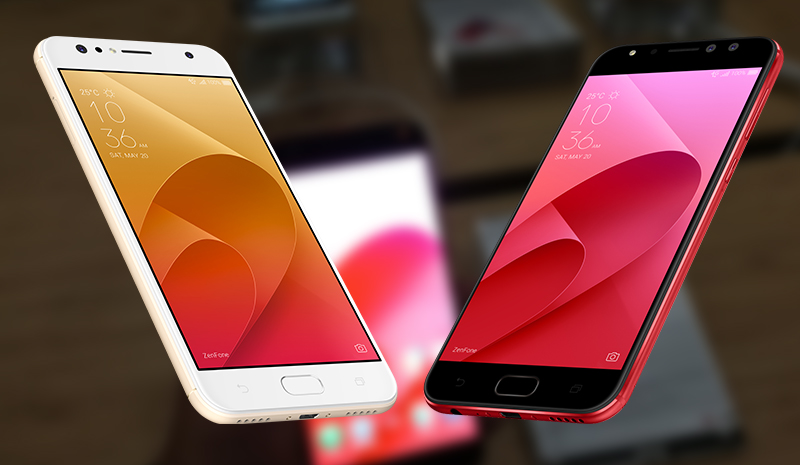 The Zenfone 4 Selfie retails at 13,995 while the Pro is priced at 18,995. While the prices for both phones may be a little higher compared to other brands of the same spec range, we believe that the Selfie Pro is a good mix of specs and features that would make it the more popular option between the two. Both phones are now available in all ASUS retailers nationwide.

Bea Alonzo Is The New Face Of ASUS Zenfone