The realme 3 Aims To Redefine Value For Money Smartphones

Nowadays, smartphones are not categorized by the hardware they pack anymore. Phones that fall into the budget category don’t come with glaring compromises, and people have become more discerning and demanding when it comes to the level of performance they get for their money.

Take the realme 3 for example. For weeks, realme teased of a smartphone release to follow up their very successful run with the realme C1 late last year. Most netizens thought it was the C2 Pro, but just a month ago in India, the company released the realme 3, which we now also have in the country. Touting a value-for-money message, realme’s latest offering further blurs that boundaries of what we accept as a “budget” smartphone. 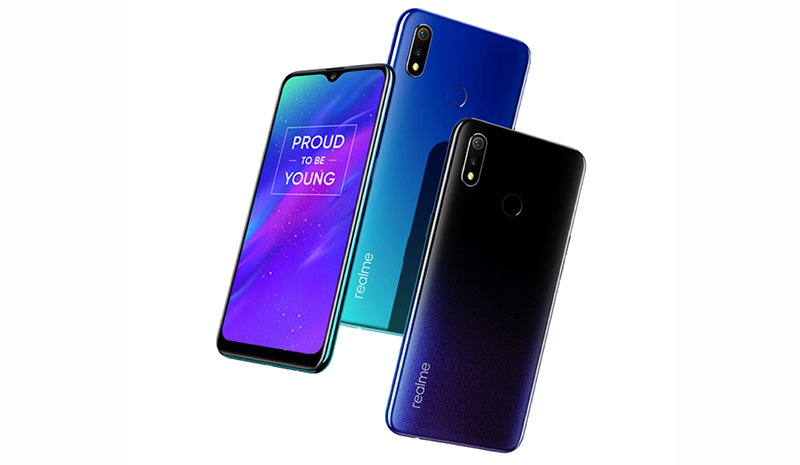 First off, the realme 3 isn’t your run-off-the-mill budget device. All three variants cost less than P10,000 which should put it with other entry-level devices. However, the realme 3 is anything but. You get a device that doesn’t look and feel cheap, decent hardware specs, great camera performance, and a big battery to get you through the day.

Before we dive down, here are the specs:

When it comes to the body, the realme 3 doesn’t disappoint. The body isn’t made of metal, but a premium type of polycarbonate plastic. It doesn’t feel cheap in the hand, yet not as heavy as metal flagships. The colors are a splatter-type of gradient, which is a first for any smartphone of any brand. realme’s attention to detail doesn’t disappoint, as the phone looks really unique and striking. 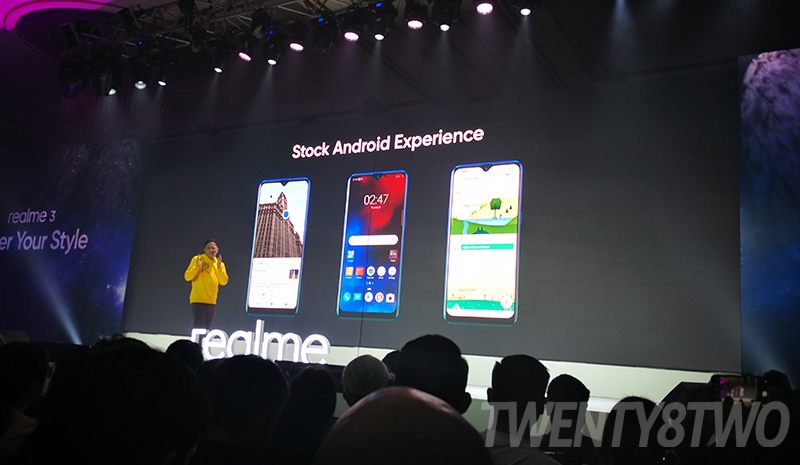 The realme 3 runs on an octa-core 2.0GHz MediaTek Helio P60 processor, which uses 12nm FinFET process technology to reduce power consumption by as much as 15 percent. It is also equipped with a multi-core and multi-threaded AI processing unit, the highest terminal AI processing performance in this segment.

The great thing about the realme 3 is that you have three variants at three different prices but the actual physical phone does not change. Remember that for flagships, hardware and size change depending on price. For P6,990 at the base model, you get 3GB RAM right out the gate. If storage is the problem, do note that the realme 3 has two SIM slots and a dedicated micro SD slot. That’s right, it doesn’t have a hybrid SIM tray! All variants can be upgraded up to 256GB of storage without sacrificing a SIM slot.

For even greater reliability and to guarantee long and heavy use, the realme 3 is equipped with a 4230mAh large-capacity battery. This is complemented by the device’s Content Adaptive Backlight Control technology which adjusts the screen contrast to save on power up to 10%. 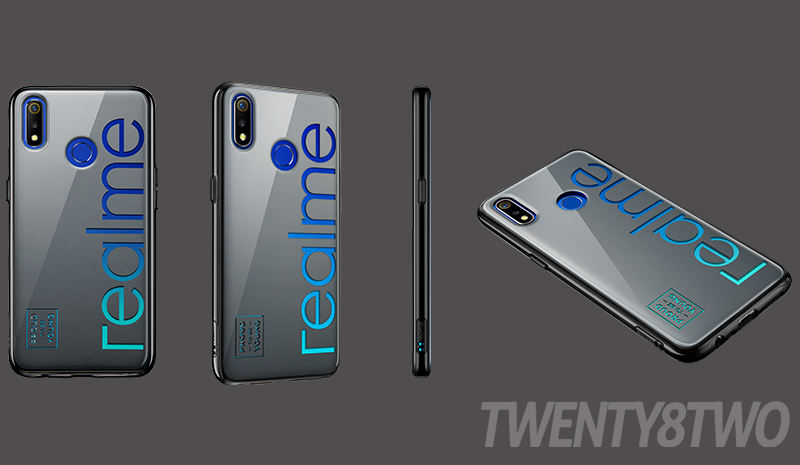 Complementing the phone’s aesthetic are the iconic realme cases. Two variants will be available in the country: Blue Diamond and Grey which are priced at P499 and P399, respectively. These cases look really great and are very affordable. The phone can be a fingerprint magnet, and the realme 3 doesn’t come with a jelly case out of the box, but if the case looks as good as these, the price is quite acceptable and a welcome upgrade from a dull, transparent sleeve you get for free. 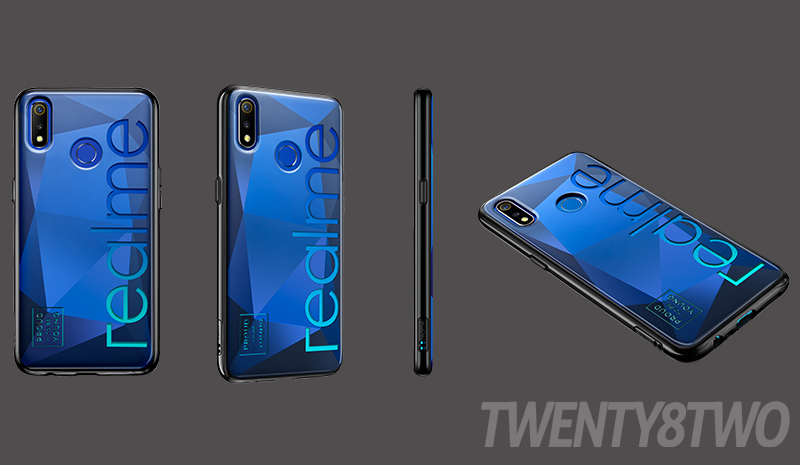 Pricing and availability
The realme 3 with 3GB RAM and 32GB storage priced at P6,990 will be exclusively available online through shopping platform Shopee. Realme fans can get their own realme 3 at a marked-down price of P6,290 by using exclusive vouchers during Shopee’s March 25 flash sale. 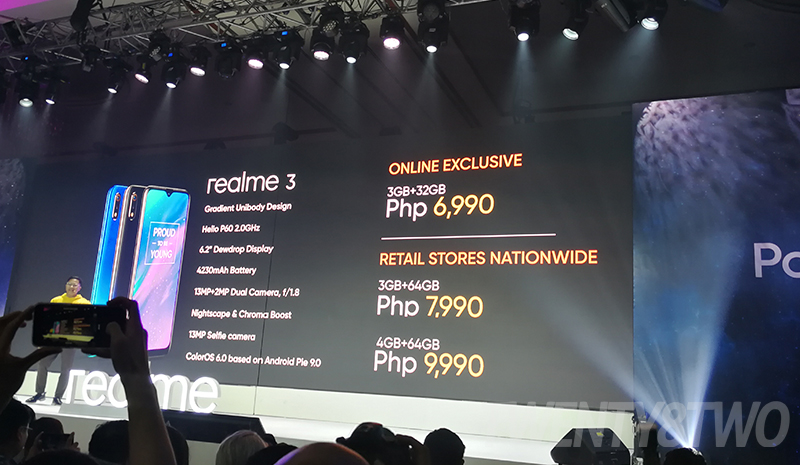 Its offline variants – 3GB RAM and 64GB storage; 4GB RAM and 64GB storage are priced at P7,990 and P9,990, respectively. These are available through local distributors and kiosks nationwide starting April 6. Customers may pre-order the offline variants from March 20 to April 5 with a minimum deposit of P500. Those who pre-ordered are going to receive freebies worth P1,299.