benq3 desktop games48 esports52 esports tournaments4 games242 gaming286 gaming monitors7 pubg2 pubg korea league 20181 video games43 zowie3
Gaming monitors have been on the rise the past few years, and no other sub-genre of the gaming industry needs these high-grade displays than...

Gaming monitors have been on the rise the past few years, and no other sub-genre of the gaming industry needs these high-grade displays than esports titles. These games demand the best displays for their athletes to play on and in matches where winning and losing can come down to who saw the opponent first.

ZOWIE, the gaming-focused sub-brand of BenQ, has just announced that its XL series is the official monitor sponsor of the PUBG Korea League 2018 Pro Tour of APL, PSS, and PWM. As the monitor sponsor, all matches and players of PSS will be played with BenQ ZOWIE’s XL2411P gaming desktop display, and APL and PWM will be played on XL2720 eSports Gaming Monitors to ensure all players can perform at their best. Both models provide Black eQualizers and Color Vibrance, which can greatly enhance player’s visibility in the game, helps to identify enemy under an open world environment with minimum efforts. 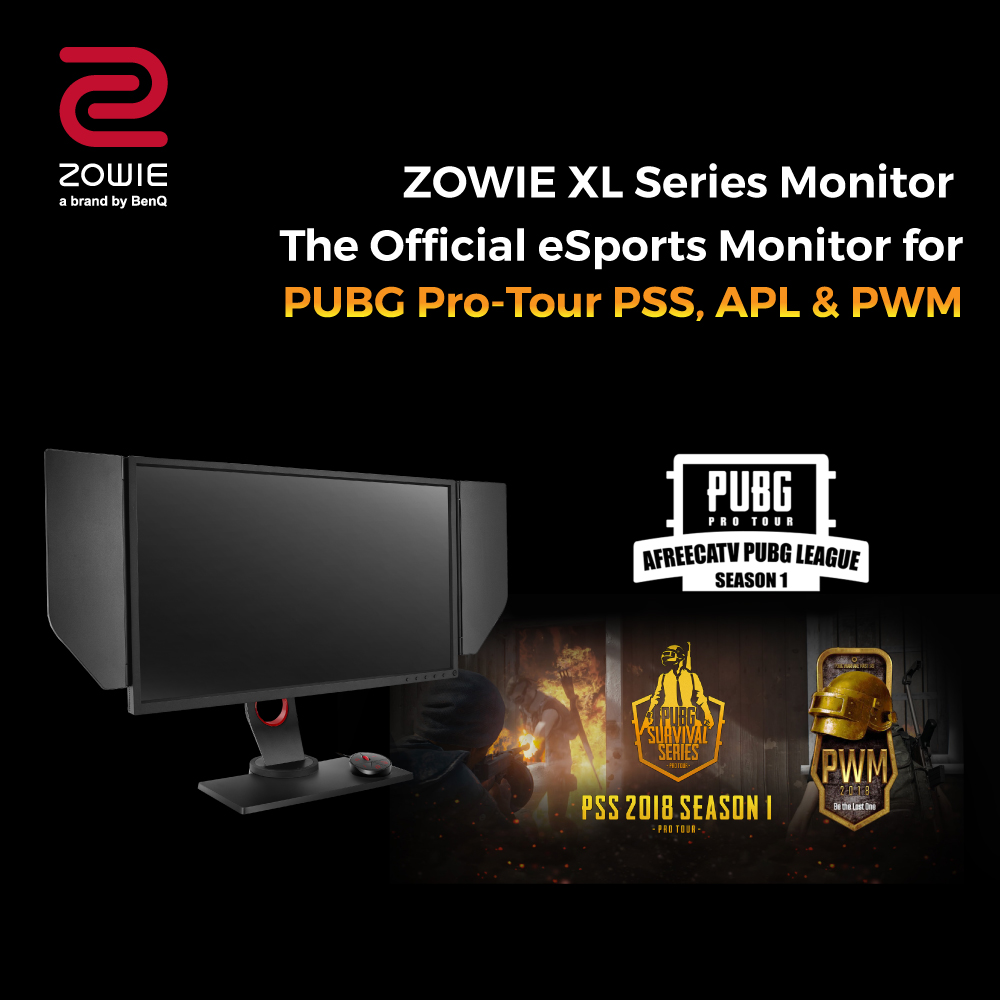 Here’s a rundown of the three tournaments. Take note that all three are officially recognized by the PUBG Corporation: