Who Are The Black Order?

Marvel’s newest movie Avengers: Infinity War is currently showing in cinemas the world over, a culmination and celebration of ten years of Marvel Studios and the nineteenth film under their belt. Directed by Anthony and Joe Russo, the movie is a galaxy-spanning one as the Avengers and the Guardians of the Galaxy team up to stop the threat of Thanos the Mad Titan.

In the movie, purple baddie Thanos wants to complete the Infinity Gauntlet, a powerful artifact that houses the Infinity Stones, six gems that make up our universe. We’ve seen several of the stones in action across most of the Phase 2 and 3 movies set in the Marvel Cinematic Universe, and they can really do some major damage in the wrong hands. One gem is bad enough, what more all six together!

To accomplish his goal, Thanos has an elite team of henchmen to raze planets in search for the stones. Think of it as the space version of Apocalypse’s Four Horsemen and Galactus’ Silver Surfer. Heralds of doom, harbingers of destruction, unstoppable forces, and most importantly, the Children of Thanos, the members of the Black Order serve their master faithfully, while giving our heroes very real problems – as if the world-ending threat of Thanos wasn’t enough! 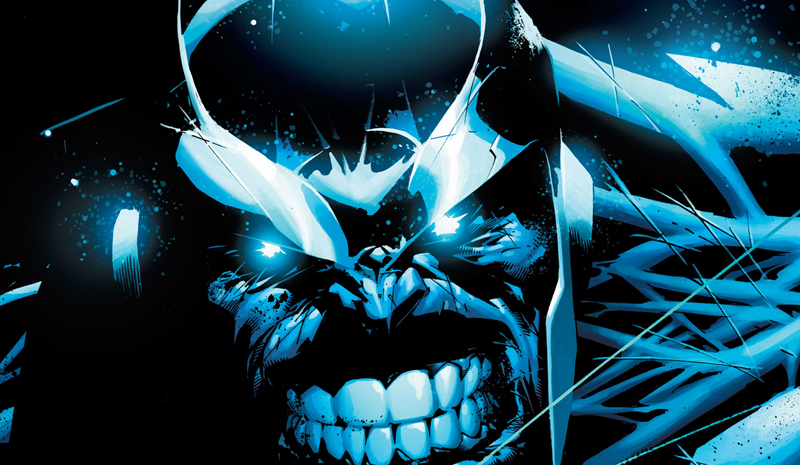 But who ARE the Black Order? If you’ve read The Infinity Gauntlet as a kid and moved on, the individuals who comprise this frightful foursome may be drawing blanks. For starters, we know these aliens are powerful; you really can’t hang out with Thanos if you can’t do something destructively extraordinary, right? They’re tough, they can fight, and they’re there to basically move the individual hero plots along while keeping you glued to your seat with the action.

For starters, Infinity War may be primarily based on The Infinity Gauntlet, but what most don’t really know is that the Russo brothers also drew inspiration from Infinity, a six-issue comic book series written by Jonathan Hickman. The comic deals with alot of galactic crises but one of the plot points is Thanos arrives on Earth looking for something and is accompanied by – you guessed it – his macabre cadre of space cutthroats. This is where we meet the Black Order for the first time: 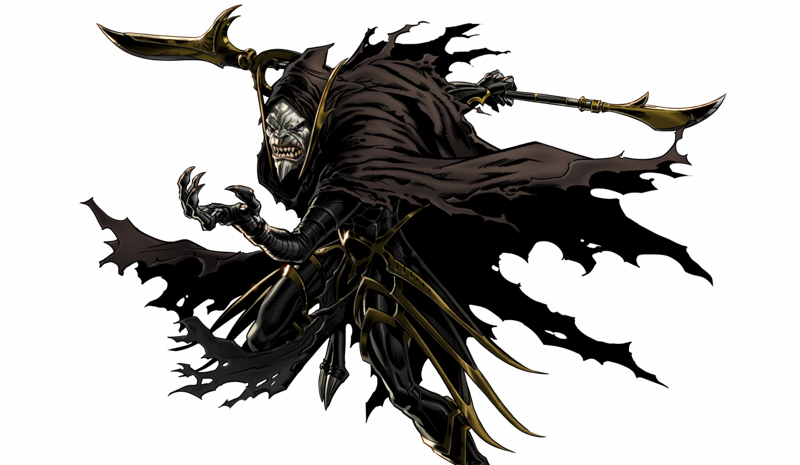 The leader of the Order, Corpus Glaive wields a special glaive given to him by Thanos. The blades of the weapon can cut through anything on an atomic level, so yes, it can cut through any armor Iron Man can create, or even the almost impervious hide of The Hulk! In the comic books, Glaive is immortal while holding his signature weapon, which gives him an deadly edge when engaged in battle. Imagine someone who cannot die holding one of the most vicious weapons in the galaxy, coming back time and again from any type of wound, including instanly fatal ones! As the Order’s leader, he is the most favored of Thanos, so don’t let the lithe and wiry look fool you because Corvus Glaive is easily one of the most dangerous and devoted in Thanos’ army. 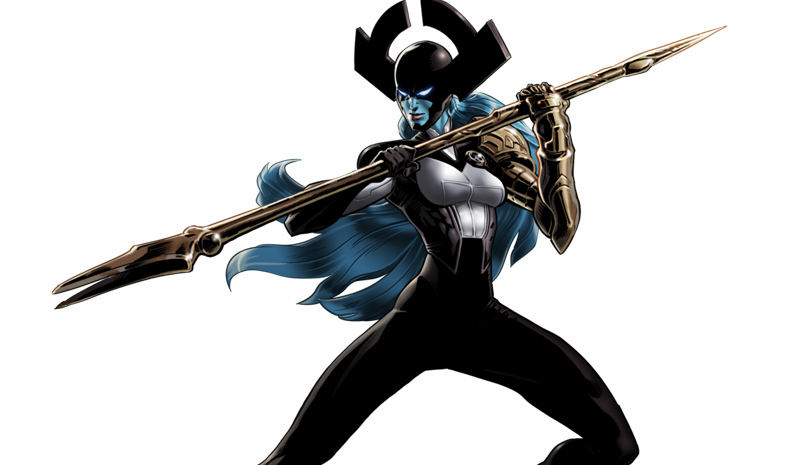 Another deadly fighter, Proxima wields a unique spear. Made by Thanos, the spear houses a trapped star. Now wrap your head around that a bit. The unique properties of this spear is that it can reform into whatever the wielder things of, from becoming a bladed spear to a trident, to even splitting into three homing spears that always finds the target. Midnight can also throw the spear to ensnare prey as she uses the immense gravity generated by the trapped star to weigh down anything caught in it, including the Hulk in the comics! Proxima is also the wife of Crovus, and have fought beside each other for millennia, giving them both an edge even over seasoned teams like the Avengers. 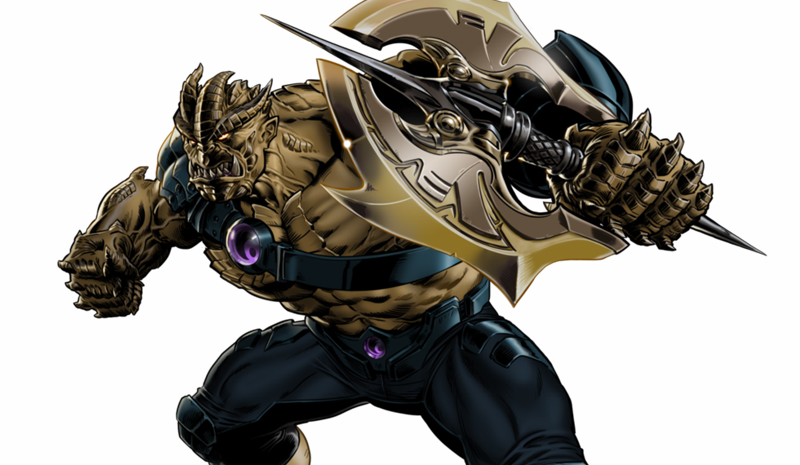 The powerhouse of the team, Black Mass was called Cull Obsidian in the movie. It’s interesting to note that in the comic books, Thanos calls the Black Order “Cull Obsidian”, or ‘Midnight Slaughter’. In the movie version though, Cull Obsidian is a very strong and impossibly tough alien whose singular focus is to do Thanos’ bidding by causing death and destruction. He uses an axe with a hammer head on one end in battle, and even in the comics, his skin cannot be broken nor pierced. Being the bruiser of the group doesn’t really afford much dialogue time, but he gets things done and has a lot of hurt to dish out on our heroes. 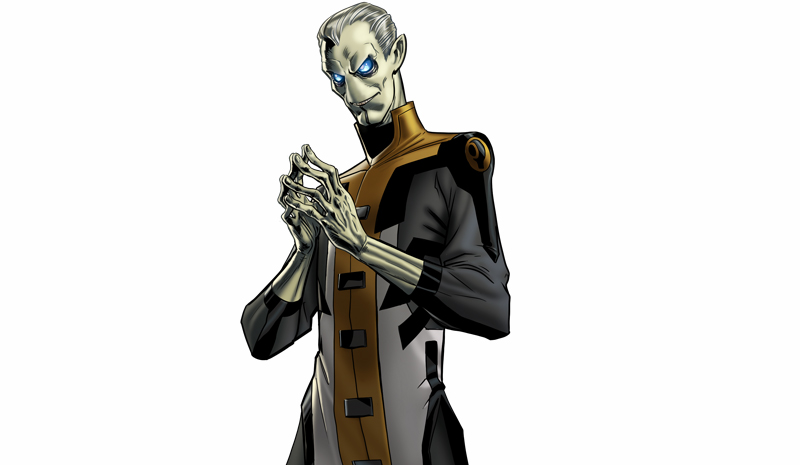 The strategist of the group, Ebony Maw is a master tactician, manipulator, and has a host of mental powers. In the comics, he is able to win against powerful opponents with just the use of his brains, convincing others to fight for him. What he lacks in physical size and power, Ebony Maw makes up for his mental abilities, able to create shields, fly, and hit many opponents just by thinking about it. Maw can also refine the focus of his power into something very small, like a knife’s edge, and can cut down his opponents faster than they can dodge. He can control minds, read and predict moves, and worst of all, have entire populations bow to his will or kill each other – not with his mental powers, but with just his subtle manipulation. 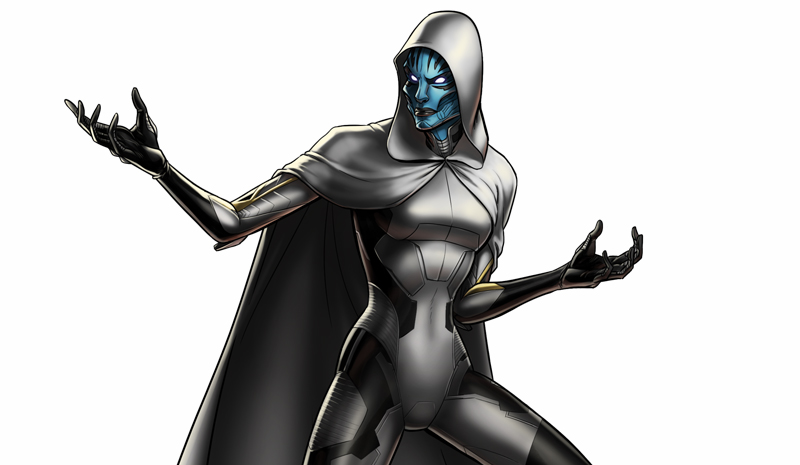 One of the members of the comic book version of the Black Order, Supergiant, is missing from the movie roster. Perhaps the Russo brothers wanted to keep with the Horsemen analogy, and of course, animating Supergiant’s look and cloak can take a toll on CG resources. Either way, Supergiant is a lady with a mean set of telepathic powers. She can devour or posses the minds of anyone she controls, human or alien alike. She can also mentally control multiple minds all at once, the number of which can span planet-wide. 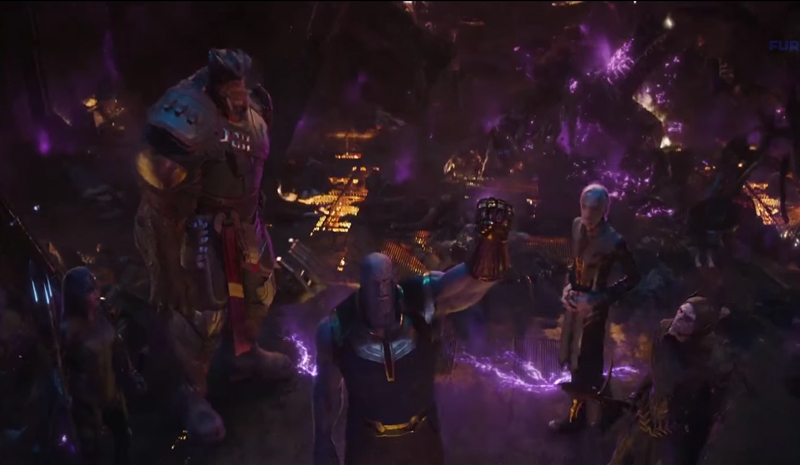 There you have it, the members of the Black Order and their powers! You’re now all set to watch Avengers: Infinity War with your friends and you’re now equipped with information on the alien team siding with Thanos are and what they can do!