action games8 controller2 desktop games48 games242 gaming286 hunting games1 koshai1 monster hunter world3 new behemoth dauntless1 rpg games7 why play4
There’s a certain thrill that shoots up from the base of your spine up to the back of your neck when you’re facing a...

There’s a certain thrill that shoots up from the base of your spine up to the back of your neck when you’re facing a video game boss. There’s quiet anticipation, and also calm, like a comfortable bed you just fall into, knowing you’ve done this countless times.

And then the behemoth suddenly grows red with rage and lashes out, knocking you off your feet. Suddenly, there’s no plan but just stay alive. What seemed to supposedly be at the receiving end of a beating has suddenly turned the tables when it comes to bringing the hurt. 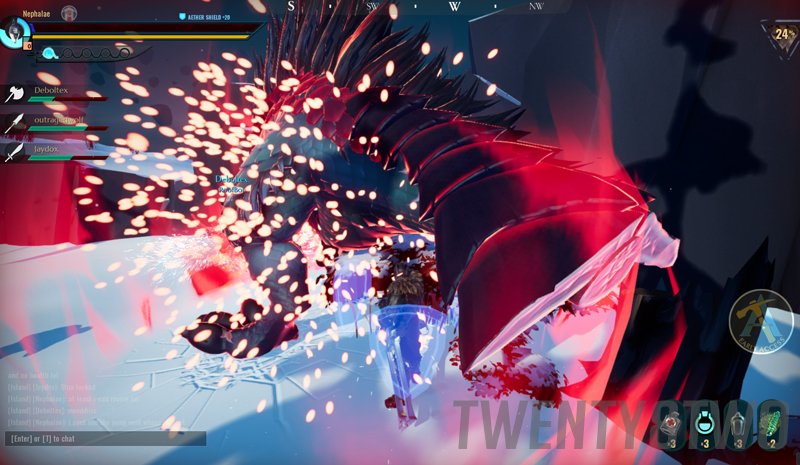 This is what every novice hunter experiences when they first try Dauntless, the open beta free-to-play monster hunting game from Phoenix Labs. Fans of Capcom’s hit console game Monster Hunter World may find Dauntless’ premise a bit familiar: kill beasts, scavenger their parts, craft better armor, rinse and repeat. While this formula isn’t really new, Dauntless is a free-to-play model, which will definitely attract gamers who want to get their feet wet first on the monster hunting style of action RPGs.

Dauntless uses stylized art similar to games like Fortnite and Overwatch. Your avatar may look cartoony, but this style carries over to the behemoths in the game, which can make for really delicious eye candy. The colors and hues employed by the game change with the environment and time of day, so harvestable items look slightly different when you’re on a daytime map versus an afternoon map, or when you’re on the desert and snowy maps.

Similar to RPGs, you can gather a lot of different plants and minerals when you’re hunting, which you will need to craft potions for health, stamina, instantly revive you or your whole team, and boost your resistances. Unlike traditional RPGs though, Dauntless takes out most of the leveling grind by not having player experience steeped into skills. Instead, a level up is rewarded with a core, a prize package containing weapon and armor cells. These cells can be slotted to your items and give additional abilities to boost your HP, stamina, increase your damage, or give you elemental resistances. 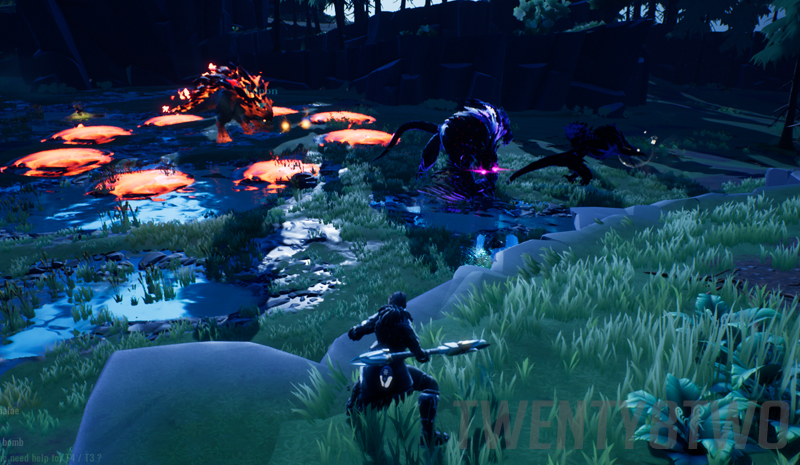 Since you’re not really fixated on increasing your level (the game stops increasing your base health and stamina at level 20 so it quickly becomes moot), players can focus more on the core aspect of the game: hunting monsters.

One of the great things about Dauntless is its simplicity. There are no flashy moves that launch you gracefully into the air, and no anime-styled attacks that break the ground you’re walking on. In fact, movement is pretty basic, whether you’re playing the game on a mouse and keyboard or game controller. To make up for the jog and run speeds, Dauntless keeps the game tense and challenging by employing one of the simplest video game movements: dodging.

Similar to the Dark Souls franchise and its kin, dodging in Dauntless is a core defensive mechanic because it grants you invincibility frames, that split second window into your dodge roll that renders you impervious to any and all types of damage coming from the behemoths. The amount of dodging you can do is limited by your Stamina meter. Some armors and abilities grant you more stamina, decrease the stamina needed to dodge, or increase the refill rate of your Stamina meter. 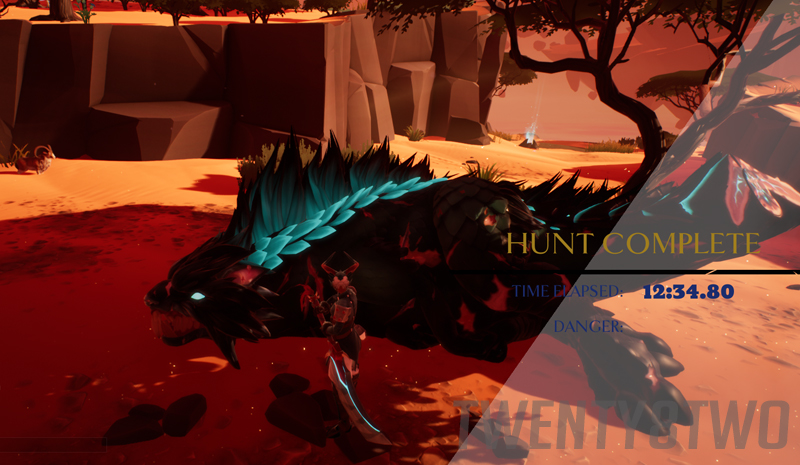 The best thing about the game is that progression isn’t character-based, but player-based. Not getting hit by behemoth attacks but keeping up consistent damage is how you slay beasts, not just spamming skills or spells. While some people take to this kind of gameplay, others will have a rougher time getting comfortable with the attack patterns. That’s the key to progressing in Dauntless: players need to memorize attacks and the “tells” each monster has before doing something. Each behemoth has its own unique set of attack mechanics, like tail swipes, energy balls of death, or shooting seemingly homing quills set to impale you.

By doing the hunts over and over and memorizing the behemoth fights, you’ll slowly get the timing down. Knowing when to dodge (and in what direction) saves your stamina and health, helps you get into the proper position to keep attacking, and hopefully break off behemoth parts (like horns and hide) for crafting better armor and weapons – sort of like functional trophies.

Muscle memory, timing, and positioning all contribute to a player’s skill pool, and together with dodging, becomes the fundamental aspects of enjoying and progressing in Dauntless because once the fight starts, the behemoths never stop attacking. You won’t get five seconds of reprieve out of nowhere; you need to earn it by staggering the behemoth (hit it enough times on the head) or break a part (which staggers it and rewards you with an item you’ll need for crafting). 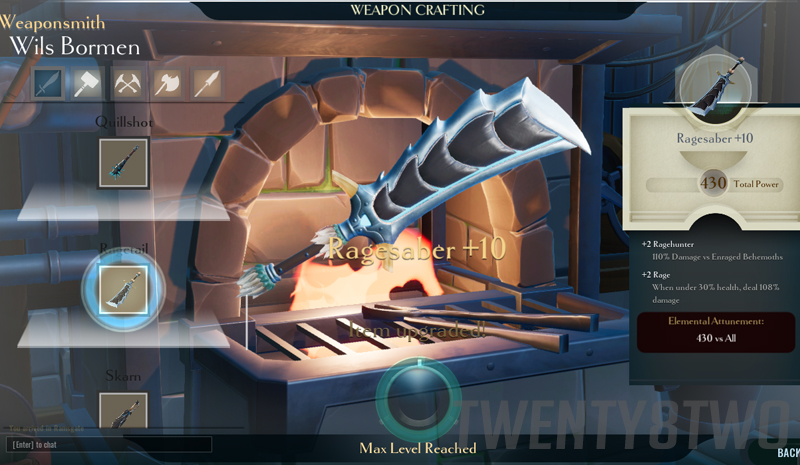 Progression also comes in behemoth tiers. A Rogue Shrike is considered a Teir 1 behemoth that lives in the Shattered Isles, while it’s bigger and more dangerous cousin the Moonreaver Shrike is a Tier 3 behemoth that can be hunted in the Yonder Keys. While they look similar, higher tier behemoths naturally hit harder, have more health, and have a different set of attacks.

To counter the behemoths, slayers currently have five weapons to choose from: the well-rounded sword, the speedy chain blades, the stagger-focused hammer, the damage-focused axe, and the control-oriented warpike. Each weapon has its own pros and cons, and new slayers are advised to get comfortable with each. Phoenix Labs has announced that more weapons will be coming with its first major patch, called “The Coming Storm”. Aside from the new ranged weapon called Ostian Repeaters, Dauntless will also see it’s first new behemoth in Koshai, and a new exotic helm and hammer themed around Firebrand Charrogg.

If you have played Monster Hunter before and enjoy the genre, or if you want a really challenging video game to master, then Dauntless is definitely something to check out. The Coming Storm patch coincides with the release of Monster Hunter World’s PC version so if you are looking to get a feel of that game without spending cash, you might want to dip your feet into Dauntless first.