There is something to be said about games being quietly released into the wild then quickly gaining popularity. Doki Doki Literature Club by Team Salvato is one of those games.

At its core, Doki Doki Literature Club falls under the visual novel category. For the uninitiated, visual novels are games where the story unfolds through text and player decisions with mostly static art. The game is also a dating simulator, a game type first popularized in Japan. Dating simulators are games where you are usually presented with multiple romance choices you can pursue. 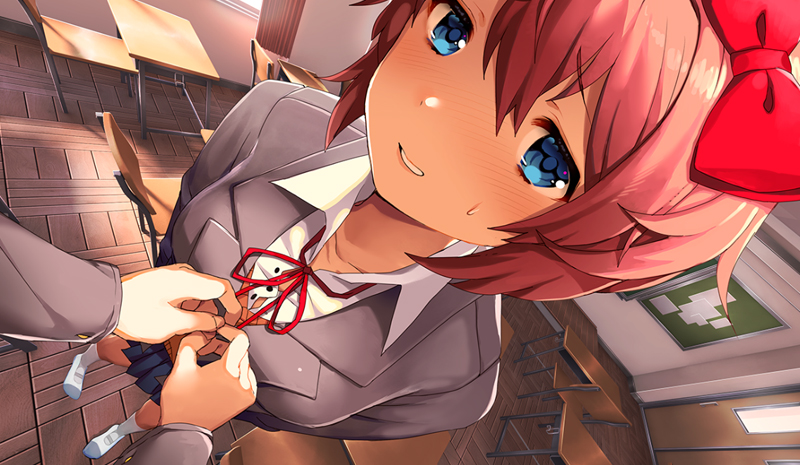 You play the protagonist (which you can name), a typical high school boy who meets a couple of new high school girls by joining the titular club. The unique mechanic in the game is you need to “write” poems by clicking on words. Depending on your word choices, each of the four girls: Monika the leader, Sayori the bubbly one, Natsuki the frosty one, and Yuri the introspective one – will grow closer to you. As the game progresses, you learn about what each girl’s writing style is and – depending on who you want to pursue – unlock bonus art scenes and storylines associated with each girl.

Until you reach the part where you need to prepare for the school festival.

By then, the game takes a very dark turn, which will make you remember the game warning at the start: “This game is not for children or those who are easily disturbed”. From here on out, the game propels you to play, only realizing you’re not really breathing until the very end. 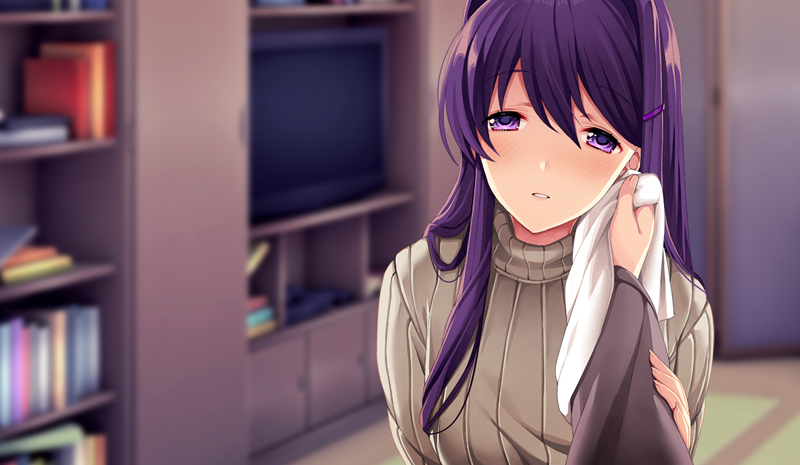 There have been many games who mask their true genre by appearing visually bright and cheerful. For this particular game, all the warnings have been there at the start. In fact, Steam lists this game under the “Psychological horror” tag, and rightfully so. It suddenly propels you to the darker side of each of the girls, becoming more realistic despite the anime-inspired art that lulled you into a false sense of security in the first place. 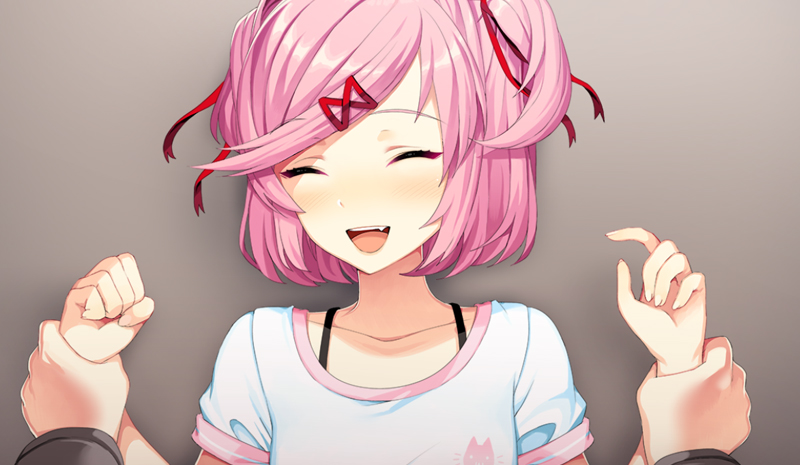 The game is a pretty short one. Playing through at least one ending while reading all the lines (or at least attempting to read) will take around five to six hours, which will honestly leave the player hanging. The dread of having to go through everything again just to satisfy one’s curiosity or completionist mentally is part of the horror experience the game provides. Unlocking all of the girls’ scenes and getting that one true ending is the complete way of playing the game, messing with your mind be damned. It leaves you with a sense of closure and the utmost urge to get your friends to play the game just to see how they would react. 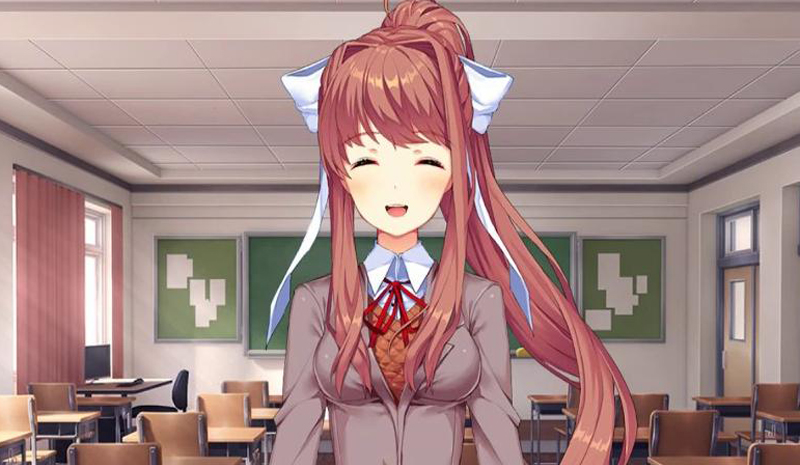 It is no surprise that the game has gained a cult following, complete with its own set of memes that can only be appreciated by people who have finished the game. Doki Doki Literature Club is a satisfying game down to the very end and delivers on its promises: it’s a visual novel, a dating simulator, and a psychological horror game all rolled into one. Unlike most horror games that rely on jumpscares for the shrieks, this game is of the slow-burn kind. Most of the horror happens in your head, and it creeps up on you slowly. While you will get goosebumps with what you see and read on screen, the realizations you gradually form based on the information you get from playing will be the one to keep you up at night. The implications of the game often prompt discussions from players long after they’ve played the game, which is exactly how the Japanese like to execute their psychological horror.

From the visuals, game mechanics, and the great soundtrack, Doki Doki Literature Club is one of those easy-to-pick-up games that will satisfy even the most the hardcore horror game fan. It is something that will linger in your head – you might catch yourself humming the main theme from time to time – long after the game had its one last self-uninstall.

Doki Doki Literature Club is free on Steam, with the option to download from the game’s official website, as well as an option to donate any amount with $10 unlocking the digital download of the game’s soundtrack, high-resolution wallpapers of all the girls, and an art booklet. If you’re a fan of horror games, then this is a refreshing game that will tick off all your checkboxes. 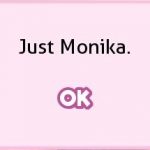