Mechanical keyboards are a joy to use; they offer a tactile feedback that can’t be matched by typical membrane keyboards. Though they’re often expensive, it’s hard to go back to ordinary keyboards when you’ve used mechanical ones, especially for gaming. That’s why a lot of manufacturers today are releasing their won mechanical keyboards, one such manufacturer is ASUS ROG, with their new Claymore and Claymore Core. 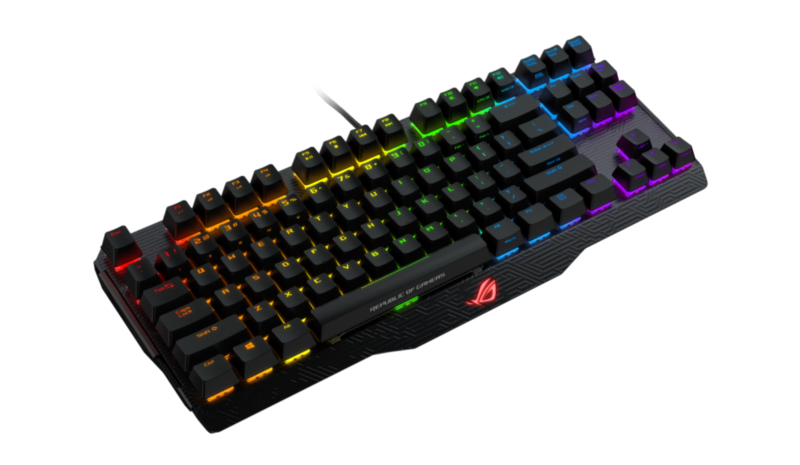 Both keyboards utilize German-made Cherry MX switches (Red, Blue, Brown and Black) for a responsive feel and up to 50-million-keystroke durability.  Anti-ghosting and full N-Key rollover (NKRO) technology ensure all keystrokes are logged, no matter how many keys are pressed simultaneously. Each key is individually-backlit and fully programmable.

Exclusive ASUS Aura Sync RGB LED technology enables synchronized light effects when using these keyboards together with ASUS motherboards and graphics cards. Users can combine and control the LEDs on all Aura-enabled products via single software to achieve perfect, synchronized harmony. There is an array of LED effects and a color palette of over 16 million colors, and users can even use Claymore’s backlit keys to reflect CPU temperature.

The keyboards have built-in flash memory for up to six (five customized and one default) user profiles. The intuitive ROG Armoury dashboard can be used to customize individual key, lighting and macro settings. It can even track statistical data like the total number of keystrokes made during a game.