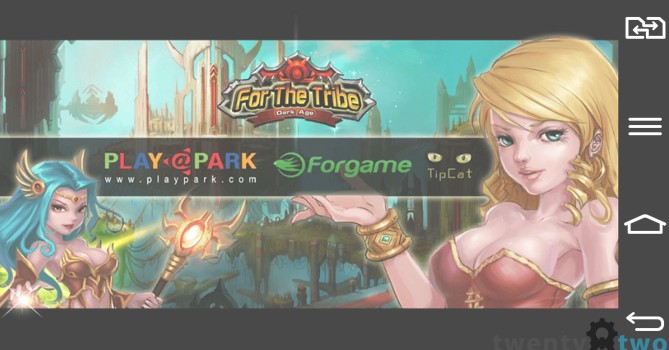 Level Up! presents first mobile game: For The Tribe!

asiasoft5 for the tribe1 games242 level up3 MMOCB1 playpark25
If you’re looking for a new game to play on your smartphone and tablet, look no further than this first-ever mobile game app from...

If you’re looking for a new game to play on your smartphone and tablet, look no further than this first-ever mobile game app from Level Up!

Hot on the heels of Strife comes Level Up!’s newly-acquired title For The Tribe, a Massively Multiplayer Online Card Battle (MMOCB) game that takes you to the land of Kalima, a world composed of different tribes: Humans, Orcs, Elves, and Dwarves. The Hell Legion is threatening to ravage everything in its path, and it’s up to you to build your army and claim victory!

For The Tribe is open for single player and multiplayer mode. The single player mode lets you summon your army to face the invading Hell Legions head on. You can assist your army with spells. When you destroy the enemy’s summoning crystal or kill a boss, you’ll be rewarded with experience points and army cards. You can use army cards to strengthen your army in two ways. First, you can swap them out for your less powerful Deployed cards or you can use them to level up your main army of Deployed cards. You can also obtain more powerful cards when you summon them via crystals you’ve collected. Like many games of this nature, your energy pool to play is limited and gets depleted every time you attempt to clear a checkpoint on your current location. You can buy Recharge Diamonds to keep you going for longer playtime. Multiplayer mode lets you raid other players’ castles and get their energy sources among other rewards. Be sure you get to do single player quests and missions so you can obtain crafting materials and experience points to better equip your army to defend against other players’ attacks!

Check out the game for Android here. You can also get more information on the game (and other Level Up! games) on their website and official Facebook page.