The 5 Warframes You Really Need

desktop games48 games242 gaming287 nekros1 nidus1 octavia2 pc games27 saryn1 trinity1 video games43 warframe5
There are currently 57 Warframes in the game, both counting regular, primed, and Umbra variants. Of these, only one frame is a Founder’s Exclusive...

There are currently 57 Warframes in the game, both counting regular, primed, and Umbra variants. Of these, only one frame is a Founder’s Exclusive and will never be obtainable: Excalibur Prime. That being said, you’ll need Warframe slots if you want to expand your collection of frames, and currently, ranking up in Nightwave is the game’s only option of rewarding you with a single Warframe slot. Alternatively, you can spend 20 platinum to buy a slot in the Market, and platinum is the game’s premium currency. Platinum can be obtained by either spending real money for it, or earning it through other players through trading. If you have a valuable item (gained through farming/grinding), you can sell it for platinum and use that for your slots.

Since the game gives you five free slots to have and a lot of content to go through (different missions and specialized open-world content), here’s our list of essential Warframes that should be in your arsenal.

1. Nekros
Normally playing the game can net you a fair amount of resources, but for rare crafting drops like Orokin Cells and Argon Crystals, you’d want to be able to farm for these in moderate amounts at a time. A Nekros modded for Desecrate and Despoil will allow you to keep on re-rolling loot tables to generate more loot and health orbs to keep you topped off in long survival runs. His fourth ability also allows you to tank a lot of damage so you can stay in mission longer. 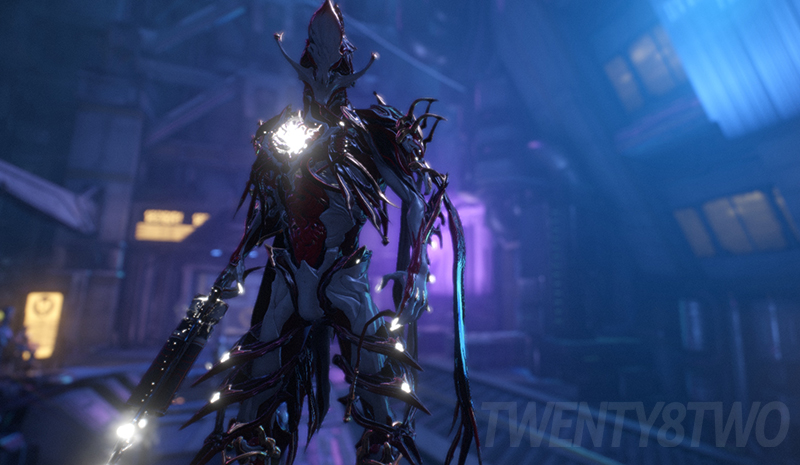 Alternatively, Hydroid can also be a great resource farming frame with his Pilfering Swarm augment. Take note that you will be reliant on some form of energy sustain (energy restore pads or Zenurik focus school ability) to keep Tentacle Swarm going.

2. Saryn
The current queen of nuke damage, Saryn is a multi-role frame but shines in her ability to affect a very large area with debuffs and damage over time. Her debuffs come in the form of corrosive and viral damage which, when modded properly, can outright nuke the entire map of enemies. This makes her perfect for Elite Sanctuary Onslaught missions or focus farming. She can also level your weapons quickly in Io or Hydron, the best beginner-friendly leveling spots for weapons (and frames). 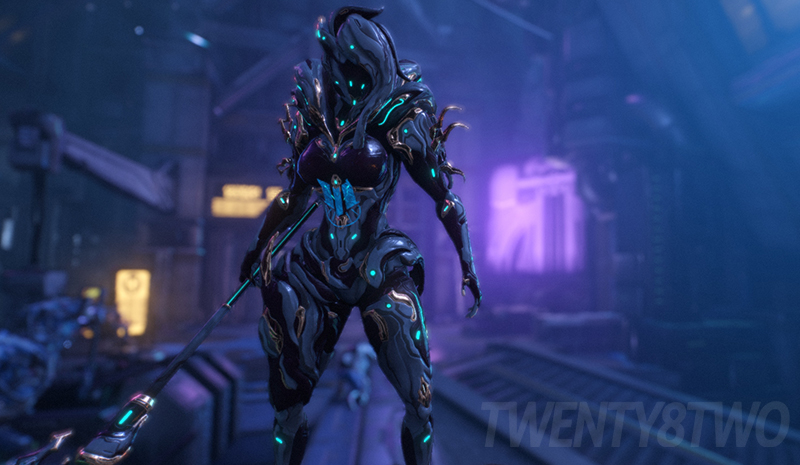 Alternatively, you can sub in Mesa for quick-killing frames with long range coverage. Mesa currently is pretty powerful but keep in mind that not only will you need to mod the frame itself, you also want to mod her exalted weapons, her Peacekeepers, so she can output the most damage in the quickest time.

3. Trinity
Trin is a great all-around support frame in groups, and can do well in most missions. She can always top up Warframe energy with Energy Vampire and can use her fourth ability to heal teammates. What we really use her for is solo Eidolon farming. This multi-layered hunt in the Plains of Eidolon at night usually takes a three or four-member squad to be able to do the run multiple times, but when you can’t get an organized squad together, it’s better to do it solo and Trinity is the frame to count on. Our current Eidolon-hunting setup has her with a Lanka, a Euphona Prime, and a Sarpa to lower the Eidolon’s armor. She’s a great frame to learn the hunts, as her heals can sustain you while you’re getting into the groove of things. 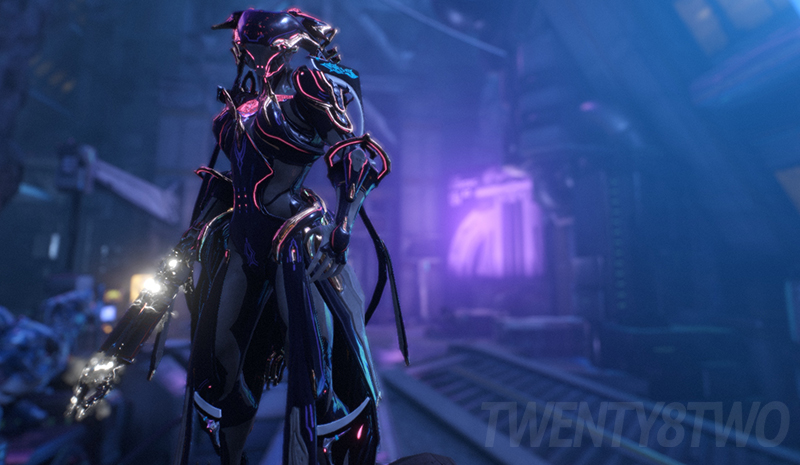 For a replacement, we go for Oberon. Oberon has a great kit for sustain and AoE damage and mild crowd control, and can hunt Eidolons as well. If you have an organized Eidolon group or even a PUG through group chat, Oberon is a solid pick if you need support.

4. Octavia
Octavia is probably one of the best frames in the game. Grinding for her is very difficult, but the star chart will be very easy once you have her. Octavia is an asset to any team doing star chart missions, especially defense, mobile defense, and excavations. She can buff damage, increase armor and movement speed, and can turn your team invisible. If you need a stealth frame for spy and rescue missions, Octavia can fill in that role. If you need crowd control in a room, she can use her Resonator. Where Octavia shines, is doing solo endurance Survival missions. Her Mallet reflects damage back to enemies and scales with enemy level and damage and her invisibility allow her to lock down a safe area during a survival mission, allowing you to focus on sustaining life support. 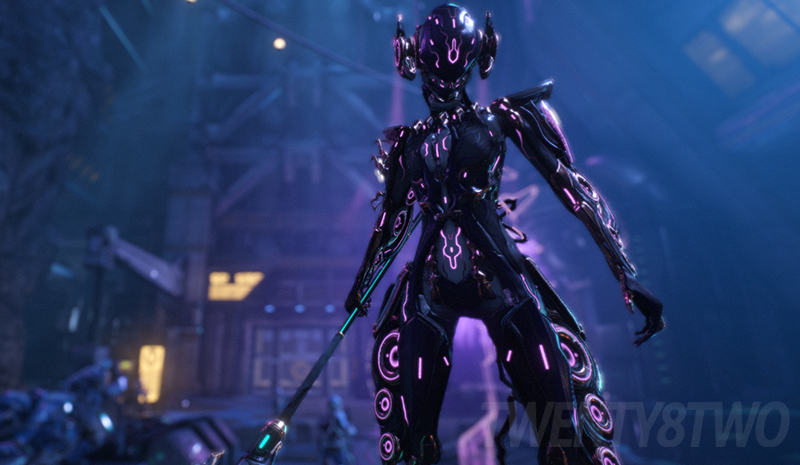 When it comes to stealth/invisibility frames, there are a few to choose from like Ivara and Loki. We picked Octavia because her team-wide buffs and near-infinite invisibility (situational, of course) make her a welcome addition to any team or safely learning how to solo a specific mission.

5. Nidus
For those times when you just want to have fun, blow off stress, or help friends around the star chart, Nidus is the go to. He has high armor with no shields, however he does gain Mutation stacks, and will able able to resurrect by consuming 10 Mutation stacks. This means that Nidus is unkillable. He also has great crowd control with his second ability, allowing you to group enemies together to hit them with your first skill, which grants Nidus the Mutation stacks he needs. Nidus is the frame you don’t need a lot of finesse with; just jump in the middle of a group of enemies, ball them together, then stomp on them. 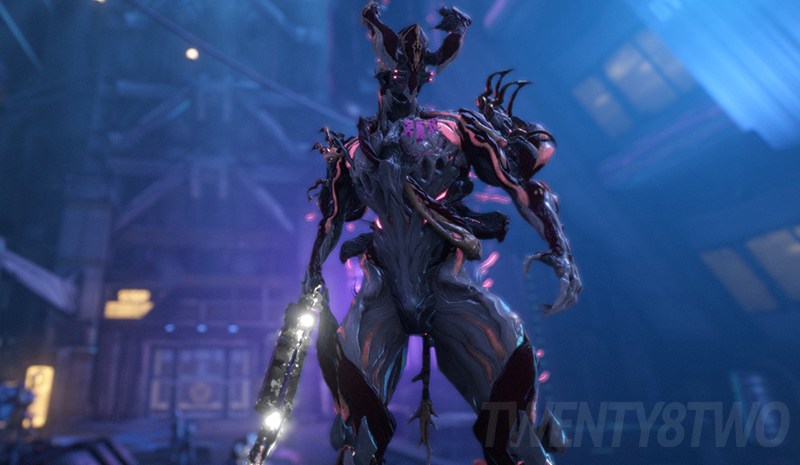 There are many tank frames out there like Rhino (the easiest to get), but when you want an immortal tank with no shields, then Inaros is your alternate pick. Inaros also has crowd control in the form of blindness, and can augment his already impressive health and armor values to very high levels. He can enter his sarcophagus to regenerate health, so like Nidus, he really can’t die. Inaros can be obtained through the Sands of Inaros quest, which can be bought from Baro Ki’ Teer every two weeks, so it’s easy enough to get him than Nidus.