It made heads turn during it’s June 19 unveiling in Paris, France. Now, OPPO’s latest flagship smartphone, the Find X, has landed on our shores. The Find series of devices are known for its premium build and specs and the Find X does not disappoint.

Sporting a near bezel-less display, the Find X accomplished this by first throwing out the fingerprint sensor, and then purely relying on its 3D facial recognition technology to unlock the phone. Since the device has no bezels nor notches, the front camera (which does the facial recognition) is mounted – along with the rear cameras, LED flash, and sensors – on a mechanical sliding array mounted on top of the phone. By powering up the handset then swiping up, the camera structure will rise and quickly scan your face, allowing the software to do pattern recognition with the help of AI learning to unlock the phone faster than a blink.

Check out the specs of the smartphone here.

It made its global debut last June 19 in the Louvre Museum in Paris. It made international waves surpassing the limits that consumers know of smartphones. And with much anticipated hype on one of the most futuristic smartphones to date, the OPPO Find X finally makes its way to the Philippines. 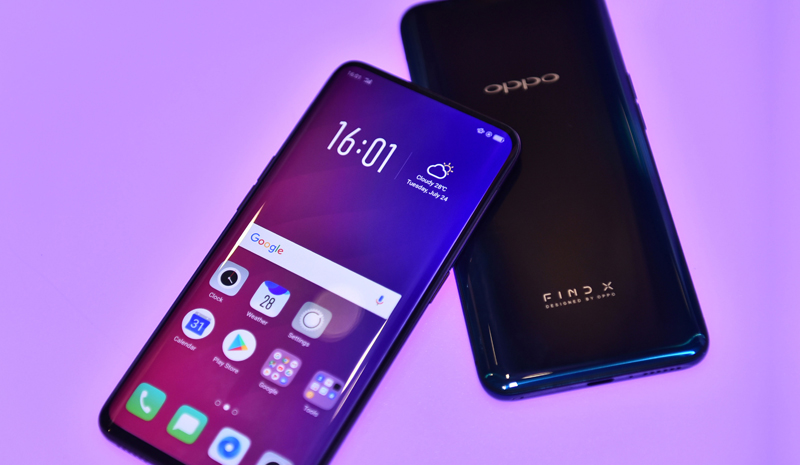 The launch of the OPPO Find X both globally and locally marks a massive milestone for the technology giant as it reintroduces the premium Find Series which launched its preceding model last 2014. After years of future-forward concepts, consumer behavioral research, and meticulous product development, the Find X has finally surfaced and there is nothing ordinary about it—it is geared to rival any other flagship smartphone in the industry and succeed.

The Find X carries the purposefully crafted features and user benefits found in all OPPO smartphones, but its elevation is credited to its seamless combination of distinctive art and front-line technology. Its unrivalled sophistication, perceived at first glance, is complemented by innovative concepts which OPPO has developed through the years to come together in one powerhouse device. Fit for an aspirational, digitally-driven lifestyle, OPPO Find X rightfully embraces its role as the global smartphone brand’s newest flagship model.

The body of the Find X is a stunner, raising the bar for premium smartphone design. It exhibits a sleek 6.4-inch panoramic arc screen and is the first smartphone to achieve a 93.8% screen-to-body ratio—the highest in its class, allowing for the most expansive viewing experience possible. A driving force for this feature is the breakthrough 3D stealth camera, which has a sliding structure to be able to hide the camera when not in use. When the camera is needed, it discreetly slides up to take photos. With strong photography game becoming a norm among digitally-savvy consumers, photography is levelled up as the Find X incorporates a 25MP front camera and 16MP+20MP dual rear cameras. Its other camera components that allow for the most flattering photos and controlled picture quality are the 3D structured light module, flood illuminator, infrared camera, proximity sensor, dot projector, receiver, and RGB camera.

The OPPO Find X also pushes boundaries with its performance, another vital part of any smartphone experience. The device is powered by the latest Qualcomm Snapdragon 845 platform and backed up by 8GB of RAM and a massive 256GB internal storage. Battery problems are a thing of the past with OPPO’s signature VOOC flash charge technology for 4x faster charging than slower-charging smartphones. 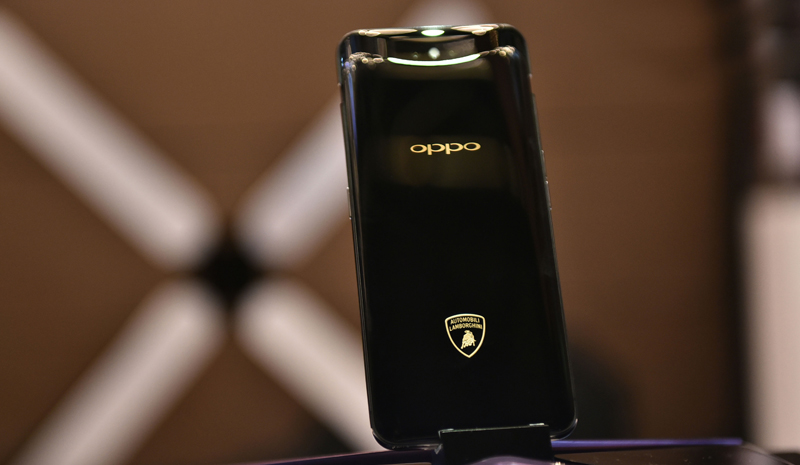 OPPO also announced the OPPO Find X Automobili Lamborghini Edition, with the same carbon fiber pattern commonly used in Lamborghini sports cars, covers the svelte phone body. It features ColorOS theme of its own while supporting Super VOOC Flash charge. With this technology, it allows the phone’s charging power to exceed more than 50W, making it the first of the word. The phone will fully charge in only 35 minutes. This creates a different smartphone experience to the user and transverses the luxury of a Lamborghini.

“Find X carries the user-centric integrity of OPPO smartphones, yet it transcends any other smartphone in terms of overall design and performance,” OPPO Philippines Vice President for Marketing Jane Wan said.

“We are very excited to officially launch our newest flagship smartphone in the country. Beauty and user experience are some of the things that Filipinos look for and appreciate in a smartphone, and the Find X definitely elevates these basic needs with its premium, pioneering features.”

The flagship OPPO Find X will be available nationwide starting August 11, 2018 for PHP 49,990.00. Pre-order reservations are currently being accepted from interested buyers who provide a down payment of PHP 5,000.00 in selected OPPO concept stores, and the claiming of pre-orders and settling of the remaining balance will happen on August 11, 2018.