During the late ‘90s and early 2000s, comic books underwent a style change. Sure, there was still great action and engaging storylines, but overall, the look of characters slowly went from bulky guns and shadows to sleek bodysuits sans capes and colorful characters. Kids and teens from that time talked about the X-Men and new titles that came out like Gen13. One of the titles that seemed to had everything going for it was Joe Madureira’s Battle Chasers. The art was unique and dynamic for its time, and the setting of the story screamed cherished role-playing video games, which propelled the tile to become a multi-print best-seller.

But unlike a proper Japanese Role Playing Game (JRPG) like Final Fantasy or Lunar, Battle Chasers had a short run: nine issues and a few collected editions and short inserts here and there, cut short by it’s own creator to pursue his dream of turning his art into a real video game. Fast forward to late last year, when Battle Chasers: Nightwar was officially released by THQ/Nordic (of the Darksiders fame). It took more than a decade and a half of waiting, but Mr. Madureira’s dream has finally been realized. 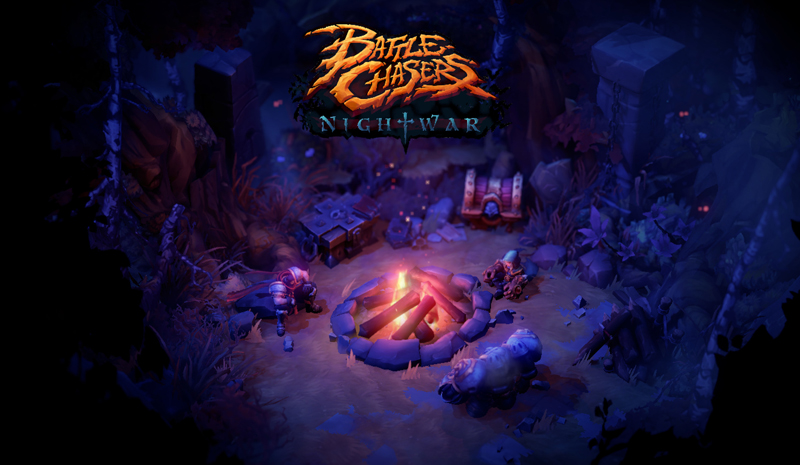 First off, there is no need to hunt down the comic book series to fully understand Nightwar. The story and characters might be lifted from the comic’s steampunk-meets-fantasy world, but the game makes sure to introduce the characters properly. Nightwar is the creator’s love letter to the games he – and most of us – grew up playing: the JRPG genre. Like many of its ilk, this game features a top down view when navigating through the maps, but changes to the classic party-versus-party layout we’re all familiar with.

Visually, the world of Nightwar is a sight to behold. Colors are muted or vibrant depending on the setting, creating an environment that just pulls you in. The characters each bring their own personality and quirks to the table, allowing players unfamiliar with the comics to enjoy mixing and matching their own party of three. To fans of the comics, this is all a reintroduction, a promise fulfilled. Now, the characters they briefly knew on non-moving pages breathed and fought on screen.

The key to any great JRPG is the combat, and this is where Madureira’s artistic style shines. Dynamic-looking characters combined with the game’s combat mechanics really scream nostalgia, but with modern and unique touches that anchor Nightwar firmly in 2018. Health and Mana have been traditional combat concepts in fantasy-type games, but this game introduces the Overcharge and Burst. Overcharge is built up using regular attacks while the Burst meter is built up a little per turn. Each party member as unique Overcharge abilities which players can use and chain for big damage numbers. Burst on the other hand, is that mega-finisher with the flashy animation usually reserved for emergencies. 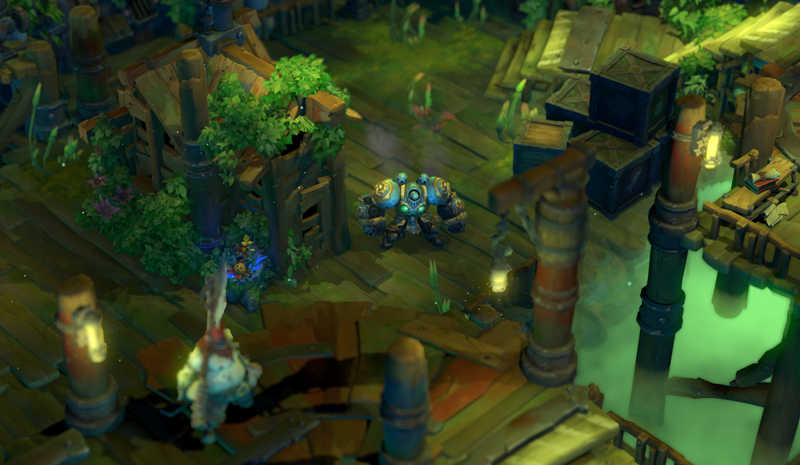 Each character also has unique skill trees for players to customize, and the game also teaches the different status effects both positive and negative. Effects that debuff the enemy like bleeding do damage over time, while buffing effects usually involve healing and damage reduction. Do note that both the party and enemies can do this, which helps if you have a balanced party with a healer when you venture into the dungeons.

The dungeons are where most of the action happens, and each one has a certain theme to it. The environment is meticulously detailed, with digital coloring taking the place of hand-painted backgrounds and foregrounds but never losing the feel and atmosphere of a dark and foreboding place. There are puzzles that need solving in order to progress and of course, a slew of enemies to slay before reaching the final boss. Like any game, the deeper you go in your gameplay and exploration, the more powerful the enemies become. 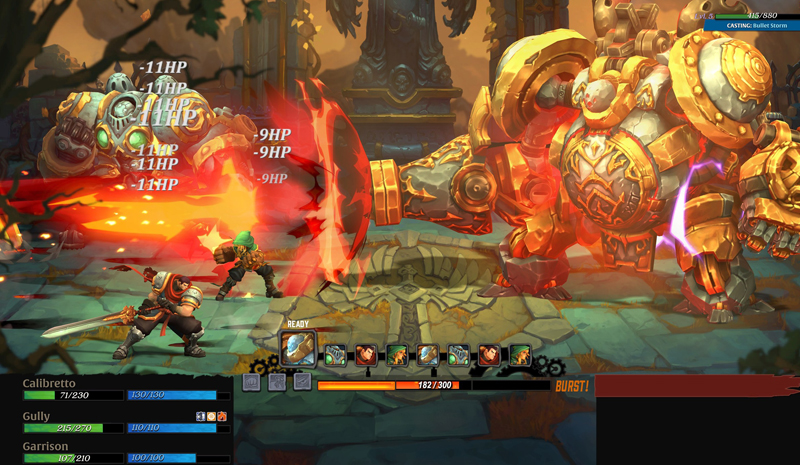 This is where players might frown. Nightwar has its fair share of grinding in the form of repetitive dungeon and bounty runs, all for a bit of gold for spending and experience points for your characters. Since characters only gain experience when they participate in fights, players need to go back for a few more dungeon runs just so every member of the cast is on the same power level. Money is also not so easy to come by, and items – weapons and armor – are locked behind character levels.

From the look to the gameplay, Battle Chasers: Nightwar is a satisfying scratch for that JRPG itch. It combines a striking aesthetic to dynamic battles but still keeping true to the tried and tested formula that hooked RPG fans in front of their consoles. The game stays true to its comic book roots and delivers an action-packed romp tempered with a bit of old school grinding.

If you’re a fan of the old generation Final Fantasy games, Lunar: The Silver Star Story, Chrono Cross, and other RPGs from Japan, then you and your PC game pad will love Battle Chasers: Nightwar. It’s currently on Steam for P759.95 but is a regular during Steam Sales. 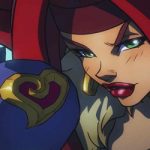