Sometimes, there’s a game that starts out as a flop due to a multitude of reasons, but then gets a second chance; coming stronger, shinier, and infinitely better than its original version. Enter Warframe, a Massively Multiplayer Online (MMO) Shooter game by Digital Extreme. When it first came out, it met with mediocre reviews but gained a small but strong following. A complete overhaul later, the game is suddenly attracting wave after wave of new players, followed by heaping amounts of praise for the game and its specifics. 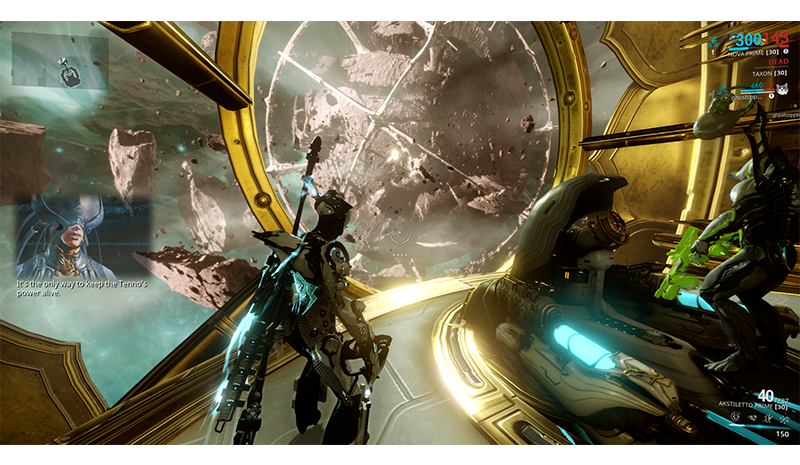 To start, Warframe combines two of the best things in pop culture: ninjas and space. You play a Tenno, master of the gun and blade, master of the great and terrible Warframes. Your mission? To find out what you really are and of course, save our solar system from bad guys. It sounds cliche but at its simplest, that’s Warframe.

That’s not the end of it. First off, the game looks amazing. For a free-to-play game, the graphics on Warframe rival top-tier titles. The environments on the different planets feel immersive and moody, combining the right amounts of darkness and light to give players both a sense of (or lack thereof) time and urgency. Their latest expansion (also free) called “Plains of Eidolon” bring you back to a massive, open-world Earth (after going of on adventures in Neptune, Pluto, and the Void) complete with mountains, rivers, and caves ready for exploration and screenshots. 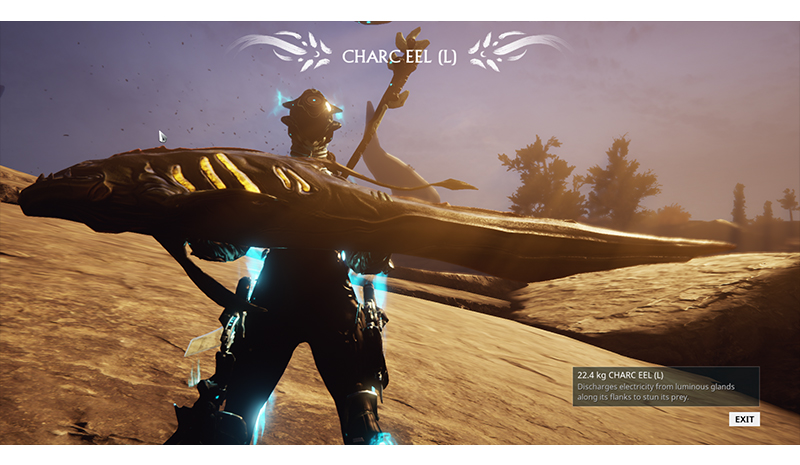 A game cannot stand on visuals alone, and Warframe doesn’t stop with just eye candy. Because you’re a ninja in this game, movement was given a lot of spit and shine as well. Walking and running are boring, so the game gives players the ability to execute rolls, double jumps, and the “bullet jump”, a type of accelerated jump that launches the player forward faster and farther than regular jumps. Players can also execute “style kills” where they enter into a sort of slowed time similar to The Matrix movies and then kill enemies.

If you’re imagining a cyborg space ninja dashing, doing jump flips, then suddenly slowing down, zooming in and landing a headshot with a bow and arrow, then that’s exactly how Warframe plays like. 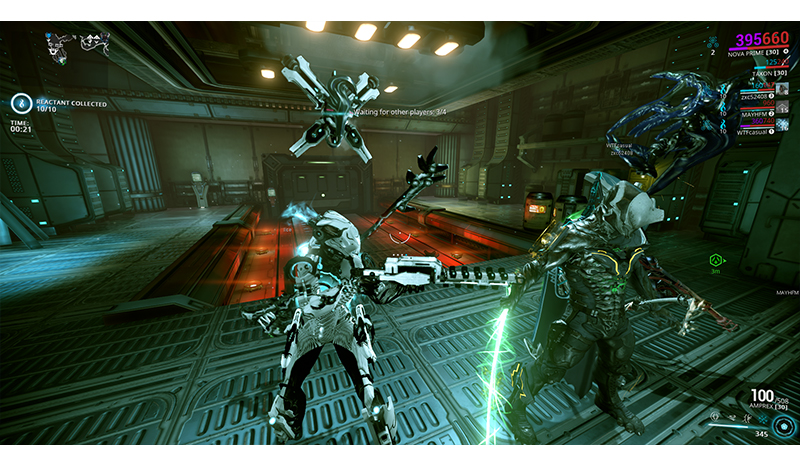 The topic of progression is often the crux of any game, especially MMOs. Warframe’s version of progression comes in two forms: actual character progression and story progression. The concept of leveling in the game is very rewarding, as gaining ranks for your Warframe (your avatar in the game) and your weapons unlock more skills and modification slots so you can turn your ‘frame into the baddest space ninja in the solar system. The more you play, the more you can loot mods that increase base stats of your Warframe and your weapons, and those mods can also be upgraded to make them more powerful.

When it comes to the story, the game presents it in the form of main quests. This isn’t your usual “let’s rush through so we can finish it” type of story, as the lore behind the game is actually deep, engaging, and it’s obvious that time was spent in the world-building. Plus, you unlock more abilities as you go through the story, so it’s worth investing time to finish it. With all the Warframes and weapons you need to craft though, it’s easy to get sidetracked. Good thing getting sidetracked with missions is a welcome thing in the game. 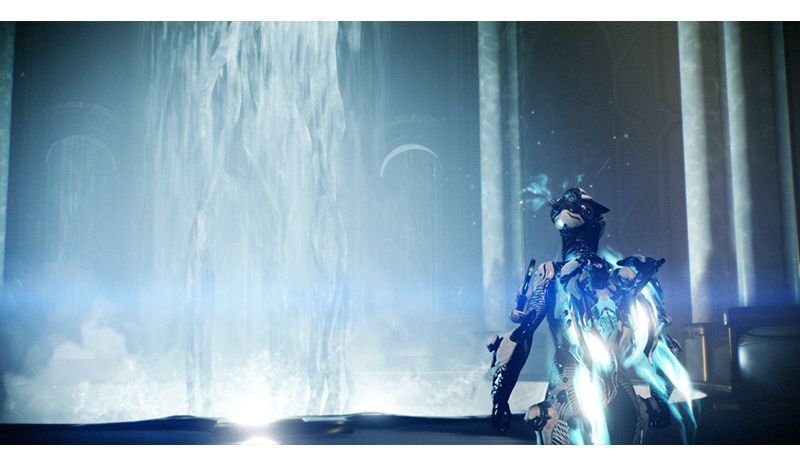 Like any game that follows a free-to-play model, Warframe also has daily login rewards for players, and a payment system where real money is exchanged for premium currency. In this game, it’s called platinum. However, the player trading system set up within the game allows players to not need to pay to get platinum, as rare and sought after items in the game can be looted (through “farming” missions and bosses) then sold for platinum. In essence, everything in the game is free and can be bought without having to spend a single cent.

Of course, any free game has a price; the “grind”, or the time you spend in the game replaying missions. For Warframe, there is such a thing as grind, but all the pretty graphics and cool movement abilities help out lots in distracting players from getting bored. There are so many things to do in the game that it can be overwhelming for new players. Fortunately, the community likes to pay it forward by helping newbies through the game just as they were helped by veterans when they first started. 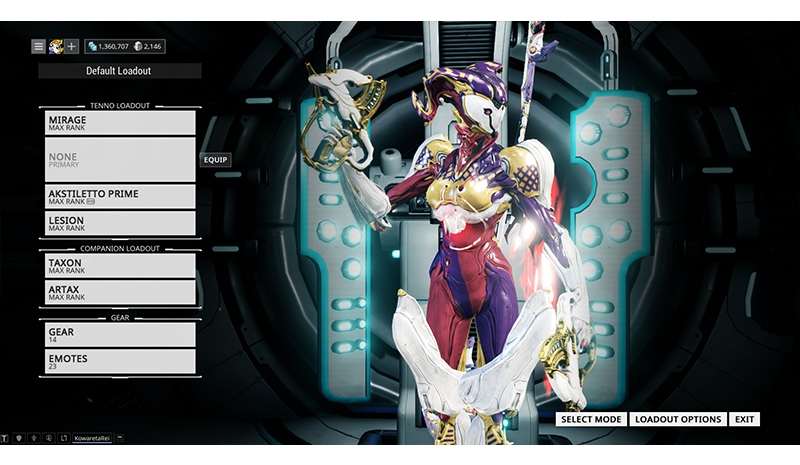 There is no wrong or right way to play Warframe. There is no one progression track that is all-powerful and game-breaking; there is no one Warframe to rule them all. That’s the beauty of this game. You can bring any Warframe to any mission and still contribute to your squad’s success – provided you are at least able to aim and shoot guns. And it’s free. For all the fourteen or so gigabytes the game needs from your PC storage, the game offers a deep progression and lore system, unique movement and customization options, and really gorgeous graphics.

If you’re looking for a shooter game with shades of Destiny coupled with progression systems similar to the Mass Effect franchise rounded out by awesome space ninjas, then definitely give Warframe a download from Steam.