AOC, a global-leader in display technology who became the number one monitor brand of the Philippines in 2017, partnered with Twentieth Century Fox Film for the premier of Alita: Battle Angel in SM Megamall IMAX theater. 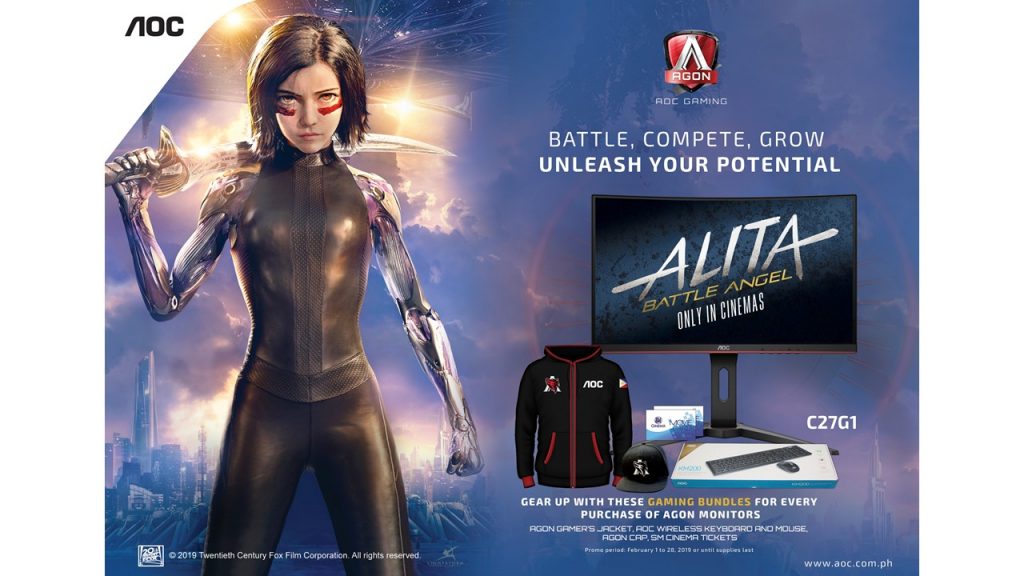 AOC has always been in pursuit of the next level of visual experience enhanced by innovative technologies and this partnership with Twentieth Century Fox Film has delivered beyond what was anticipated by moviegoers.

Before the advance screening of the movie, AOC Philippines Marketing Manager, Jack Salamia proudly presented the recently launched gaming monitors in the Philippines to the media partners and guests: The G1 series and G2590PX. Both are true gaming monitors that delivers a heightened competitive combat visual experience for the esports enthusiast.

To show their dedication to their fans, AOC will spearhead various promotional activities including social media contests showing Alita: Battle Angel as a symbol for AOC’s line of premium gaming monitors. Designed for intense gaming demands and a high-level standard of visual performance, these monitors are packed with high refresh rate panels for the competitive advantage and visual eye candy.

Gamers can now gear up with AOC’s gaming bundle promos where they can avail swags like the AGON Gamer’s jacket, AOC wireless keyboard and mouse combo, AGON cap, and SM Cinema Tickets. You can refer to the promo flyer below for more information. 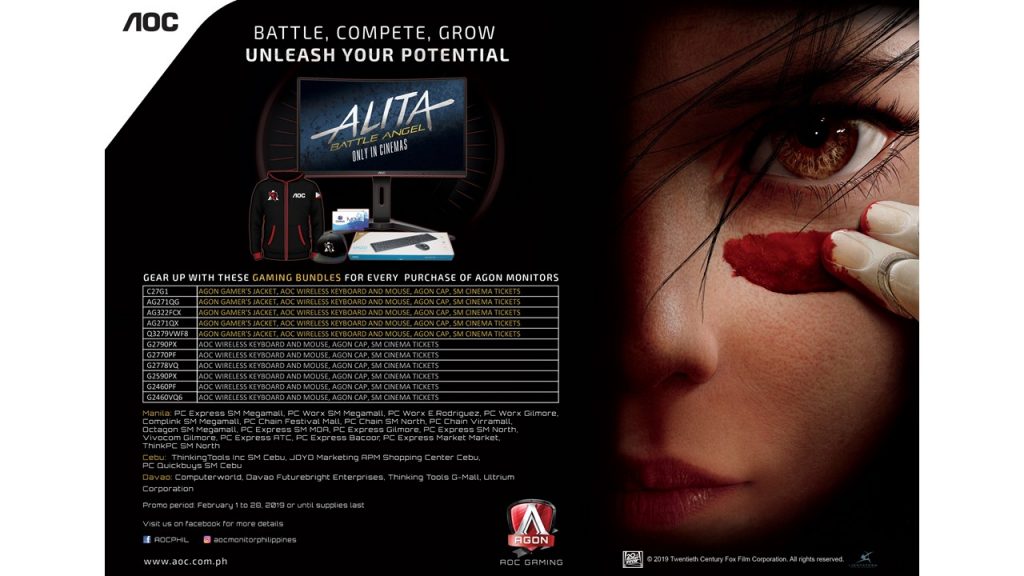