Fighting games have been a mainstay in gaming, and the genre has enjoyed a cult-like following even before the term “esports” has been coined. What started as fun games with siblings and friends graduated to battling strangers-turned-friends in the local arcades. Now, many years later, fighting games are poised to take their rightful place on the pantheon of esports genres.

Ready your arcade sticks and controllers as Gariath Concepts and Playbook are turning Brawlfest into a full-fledged event for one intense fighting game weekend this August with Brawlfest Versus Arena. It will be happening on August 17 to 19, 2018 at the Cyberzone area, 4th Floor The Annex, SM City North EDSA, Quezon City.

This will be the first standalone event for Brawlfest since its debut in 2015 at the Esports and Gaming Summit. Different communities from the fighting game scene will unite for three days full of action and hype. Starting on Friday, gamers will be able to try out some of the hit fighting games and play casually with other fighting game enthusiasts with Brawl-All-You-Can. Then on Saturday and Sunday, it’s time to go competitive with a series of tournaments. The Globe Philippine Pro Gaming League Season 2 Tekken 7 will have its Last Chance Qualifiers and Grand Finals at Brawlfest Versus Arena as well. 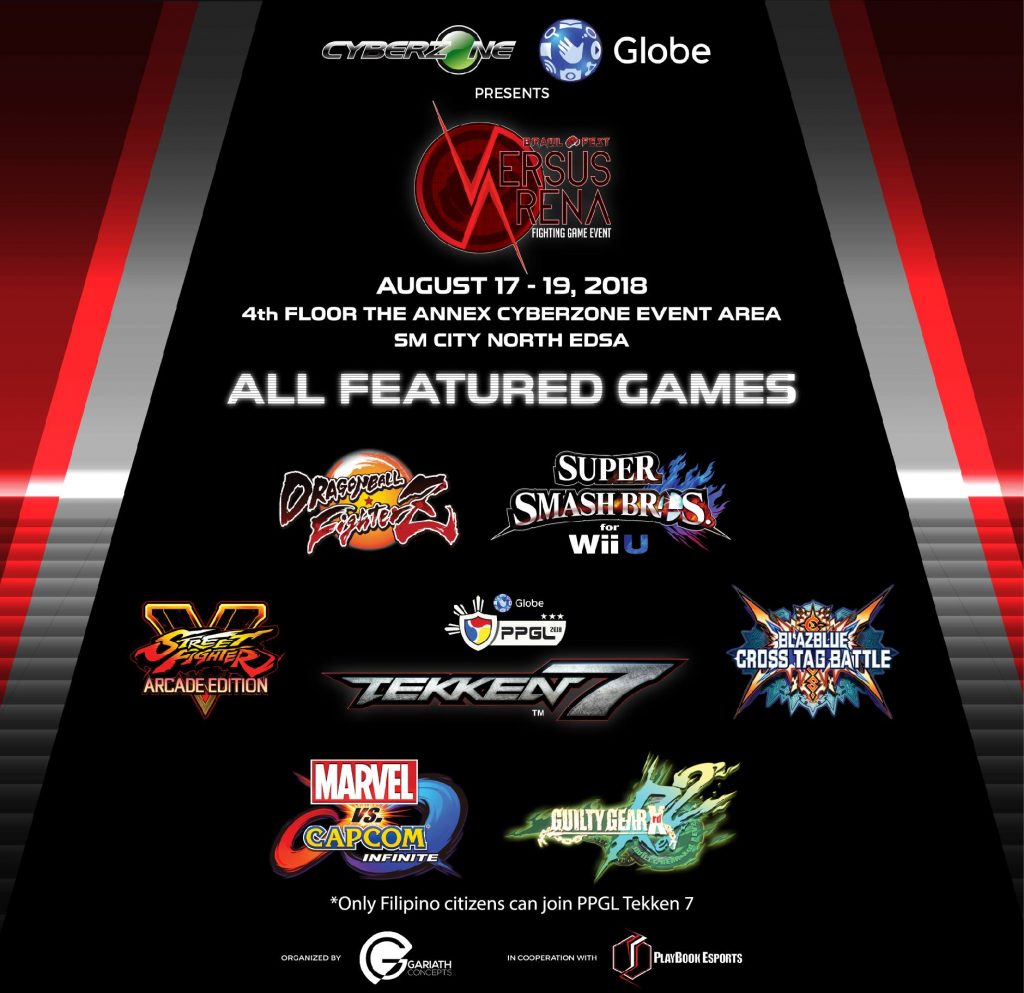 Players that are interested in participating for the following games can register by clicking on the preferred game title. Registration to all tournaments are free.

A hefty Cash Prize Pool is at stake and the best in the fighting game community won’t go easy on their challengers. Below are the prize pools for each of the tournaments:

So it’s time to show everyone your best combos with the rest of the fighting game community at Brawlfest Versus Arena. For more information, you may visit the official Brawlfest Facebook page.